About 15 miles away from Tahquamenon Falls is this lighthouse. If we didn't see the signs for a lighthouse, we probably never would have found it because it's tucked deep into the woods there. The dirt road starts out pretty nice and then it turns into something a little bit better than a two track road. Despite the effort to get ot it, it is worth the trip as it is a beautiful lighthouse in a beautiful spot.

The lighthouse was built in 1904 and was decommissioned in 1993. 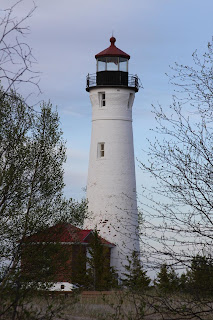 This is a shot of the lighthouse from the parking lot. The sun was starting to set, so you can see some hints of the color in the picture. 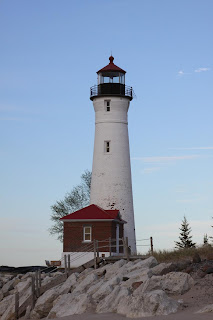 It sits up on some rocks. Kind of reminds of some of the pictures from out east. 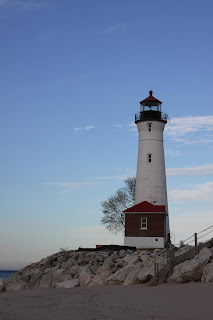 A better shot of the lighthouse sitting on the rocks. 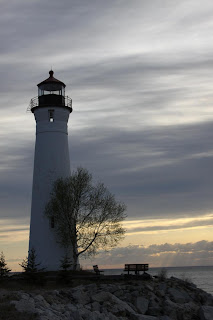 As I said, the sun was starting to set. 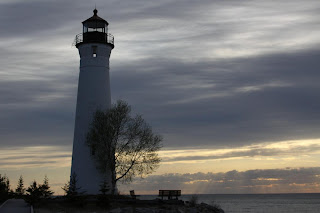 You can see it a little better here. 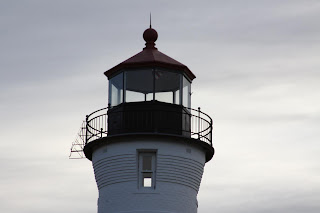 A shot of the gondola. 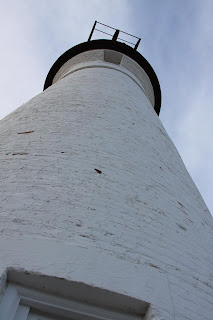 Looking up at the lighthouse. This type of shot is one of my favorites to take. 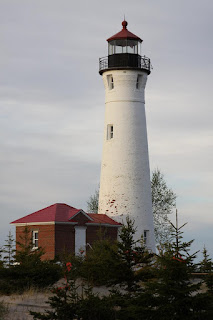 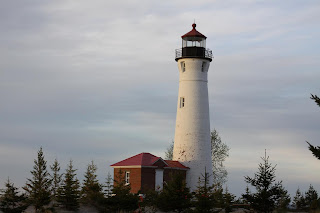 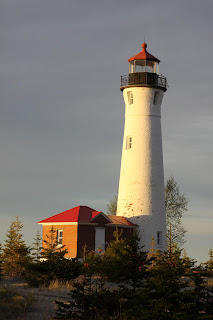 One of my last shots of the night. You can see the oranges in the light. I also like this shot because the lighting is almost soft enough.
Posted by Mikoyan at 8:54 PM