The Michigan Exposures Guide to Boatwatching

I've been meaning to this post for a while but some questions today kind of prompted this.  The question being, "Where is a good spot to take pictures of ships?".  As I've found out, there aren't too many bad places on the Great Lakes to take pictures of ships but there are some that are better than others.  This pictures are grouped by location and not by my order of preference. 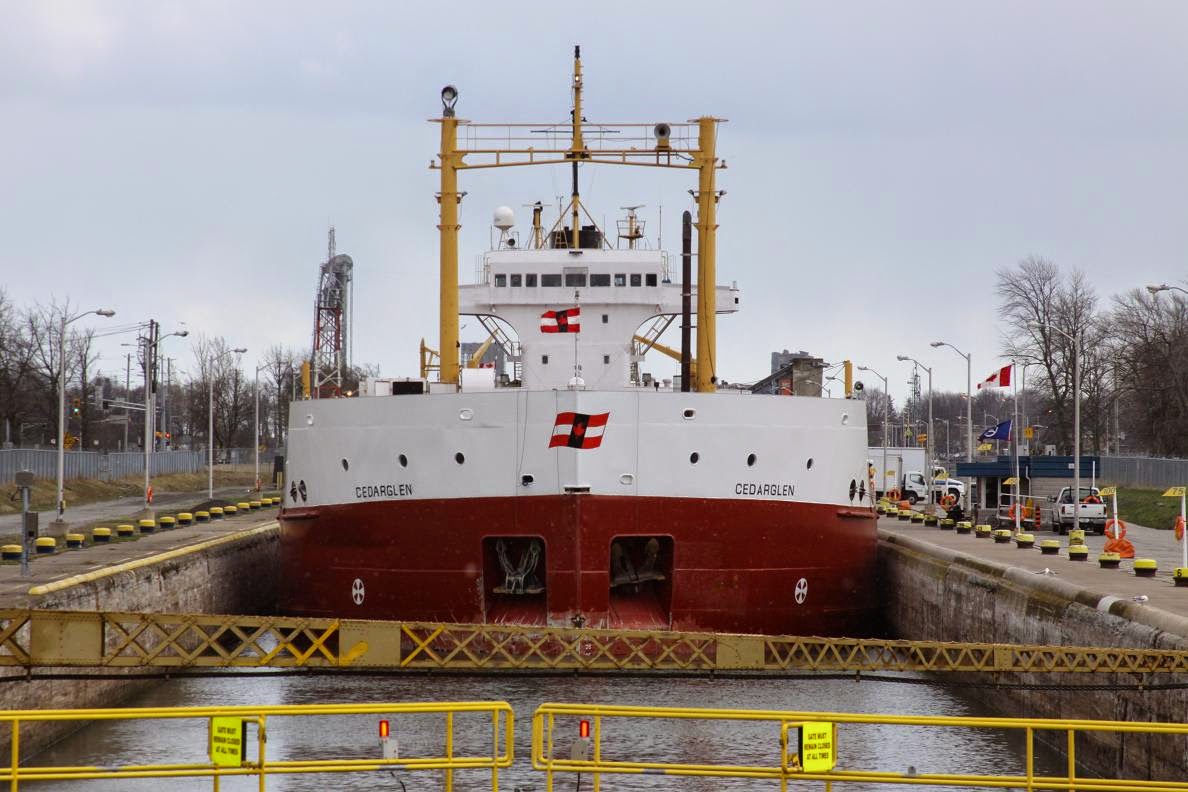 The Welland Canal is a pretty good spot for boatwatching.   There are some places that are better than others but I've been hearing they've been fencing out some of the better spots for boatwatching.  But I've also heard that there are still some pretty good spots.  I found this one by accident but I liked it because it gave me a decent shot of a ship in a lock.  In this case the Cedarglen. 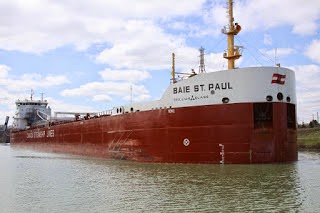 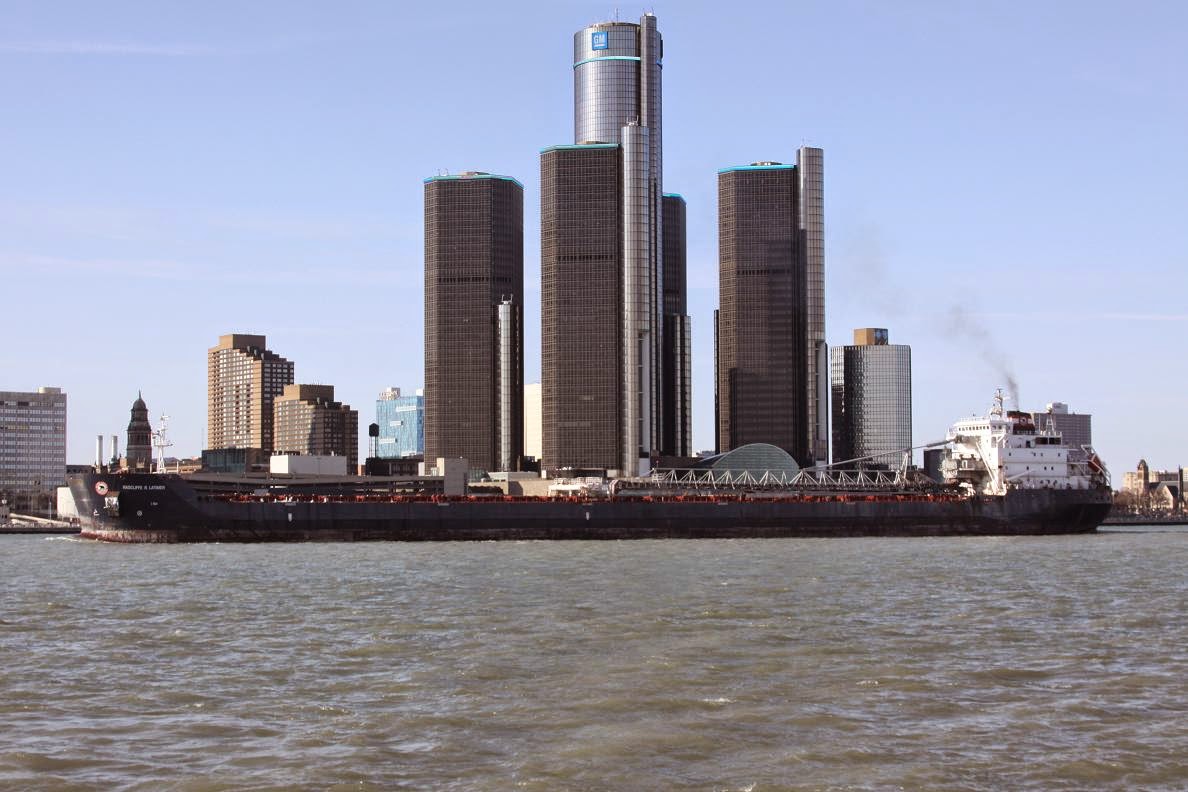 As I was heading back from Welland, I saw that there were a couple of ships passing Detroit.  That gave me the opportunity to take pictures of ships from the Canadian Side.  I'm really going to have to explore this a little more because I think ships would be better lit on the Canadian Side in the morning. 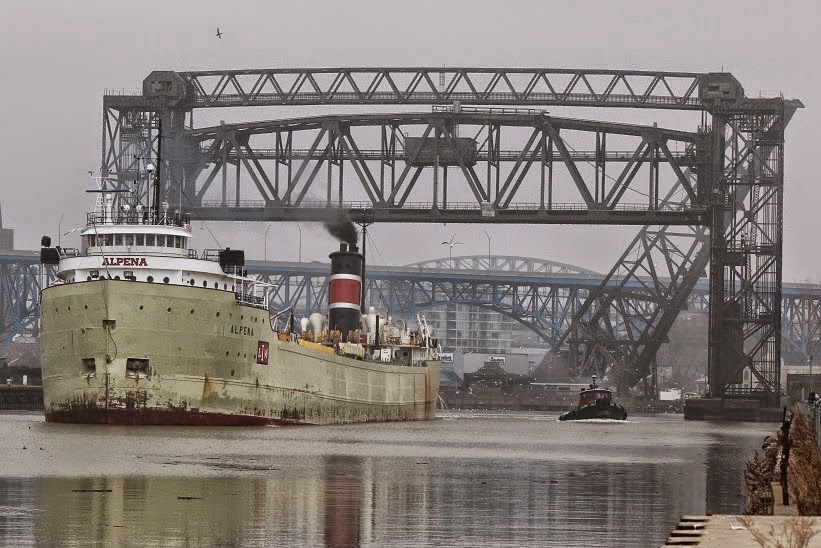 Next up is Cleveland.  I just discovered this recently and I would have to say that it is a pretty cool spot for boatwatching.  It's another spot where you are fairly close to the boats.  The only drawback is that it's not visited frequently, so you have to watch for when ships are going there. 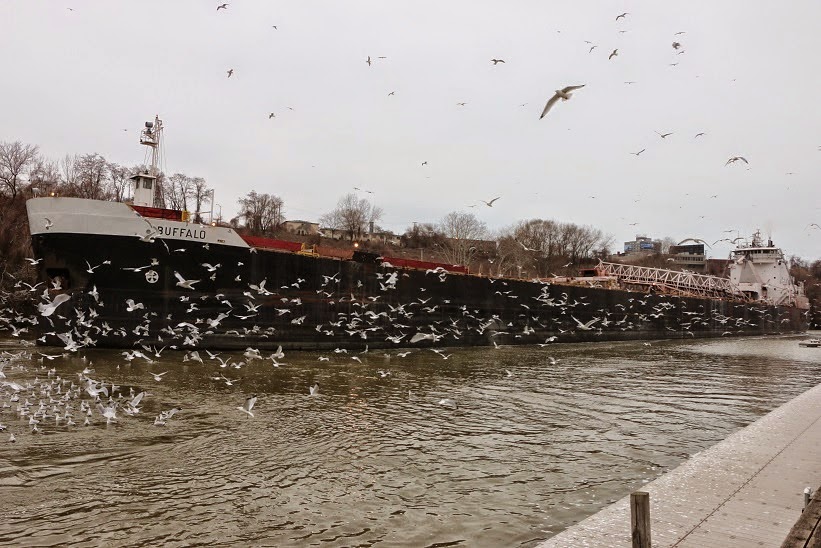 If you can catch a ship on the Cuyahoga River, that's even better.  This is another thing that I'm going to have to explore because I would like to get some shots of Cleveland in the background of my shots. 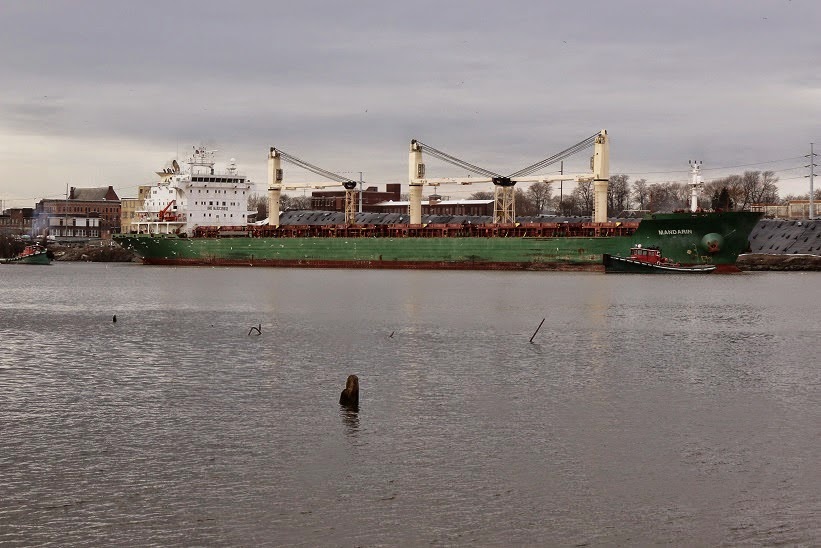 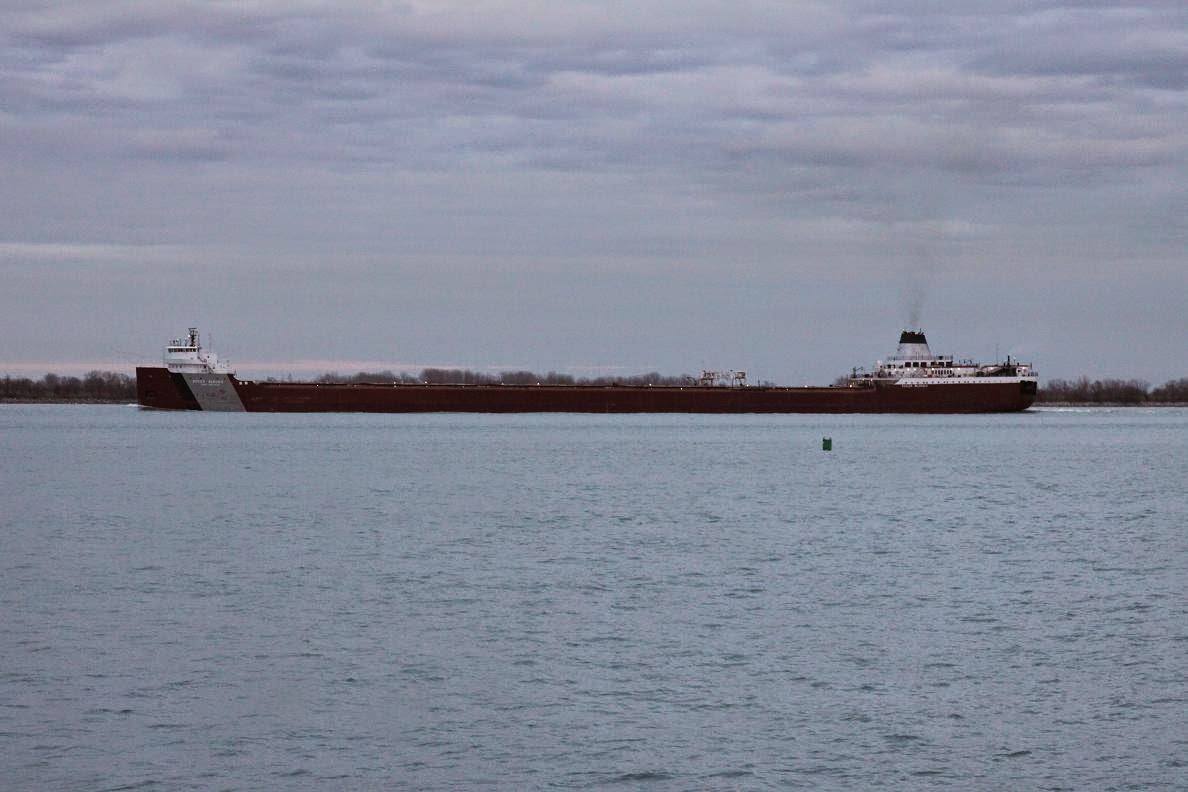 Next up are spots along the Detroit River.  First spot that I know of is Bishop Park in Wyandotte.  I think there might be a decent spot on Grosse Ile as well but I will have to explore that.  There might also be a spot in Amherstburg, Canada but again I will have to explore that.  I'm not really fond of this spot though.  This is about as close as the ships get.  Even having a decent zoom lens doesn't help. 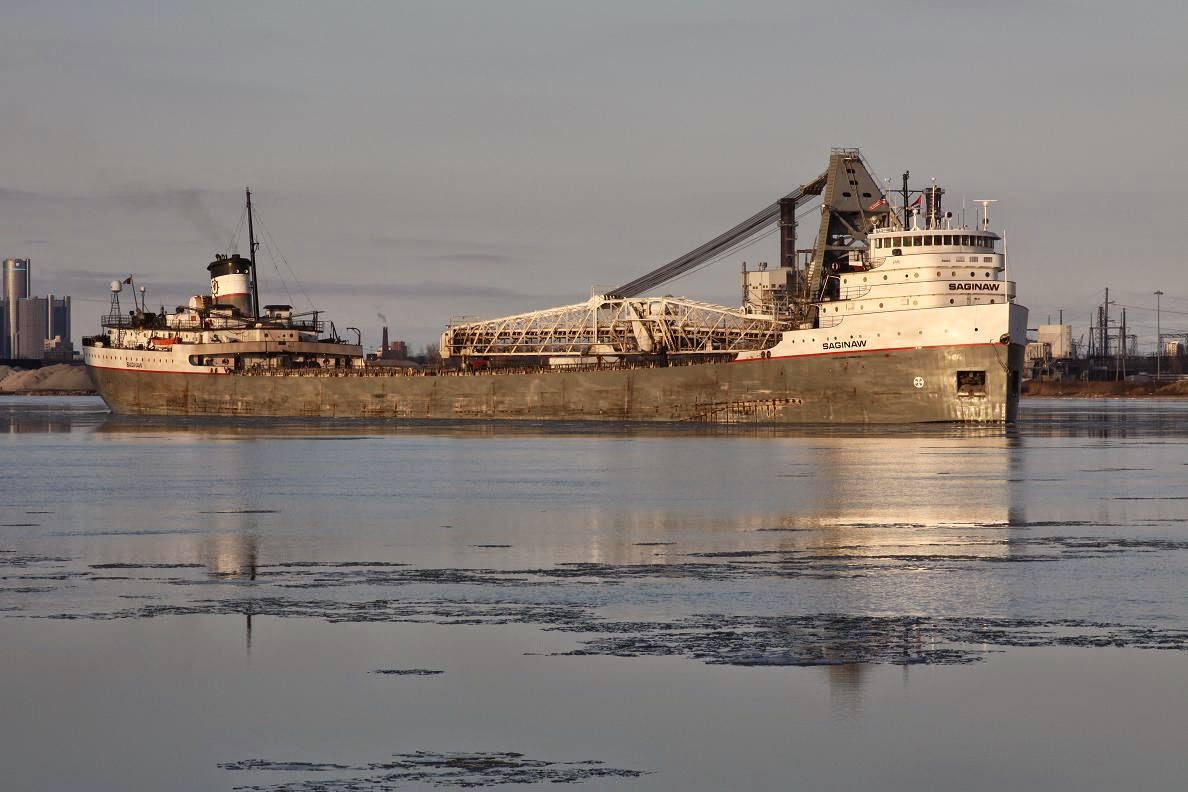 Next up is Belanger Park.  It's not a bad spot but they charge admission during the season. 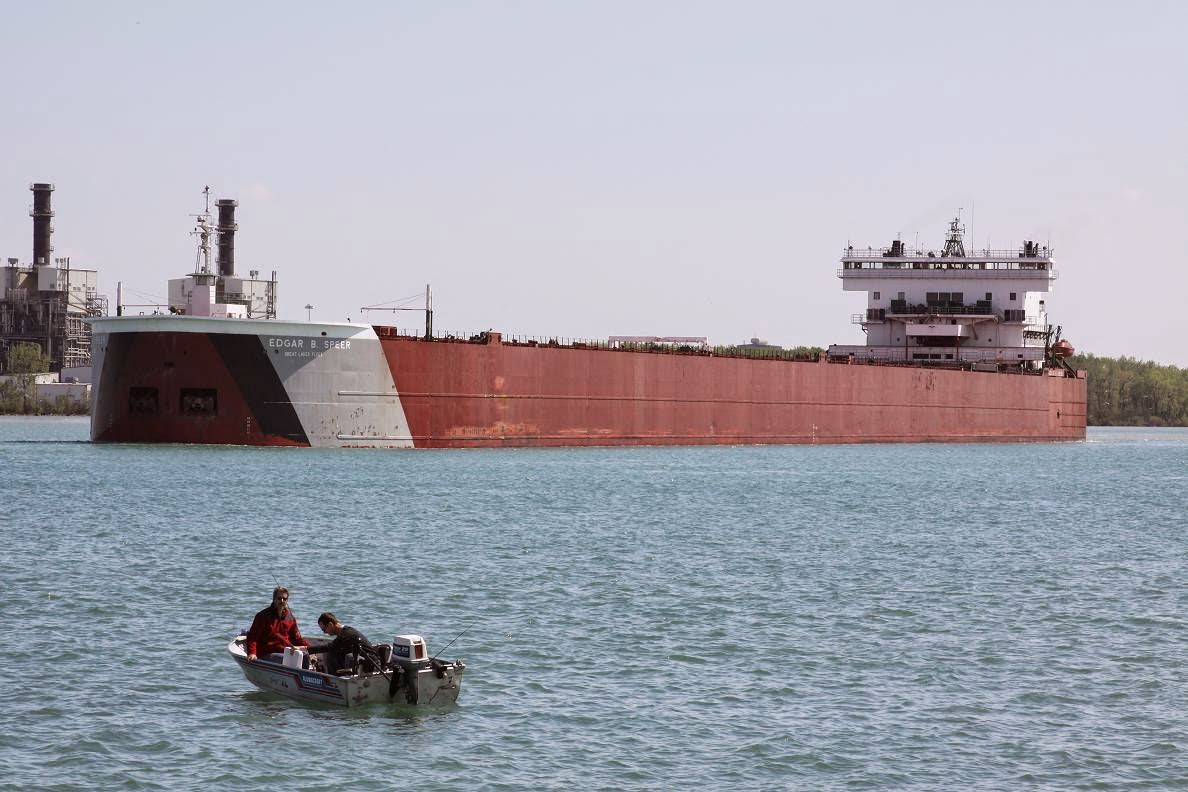 A spot that I really like is Del Ray.  It's only open from April 1 to October but it's a pretty good spot.  I will mention Riverside because that is a spot where you can catch the Westcott.  Currently it is closed but I heard that it's reopening. 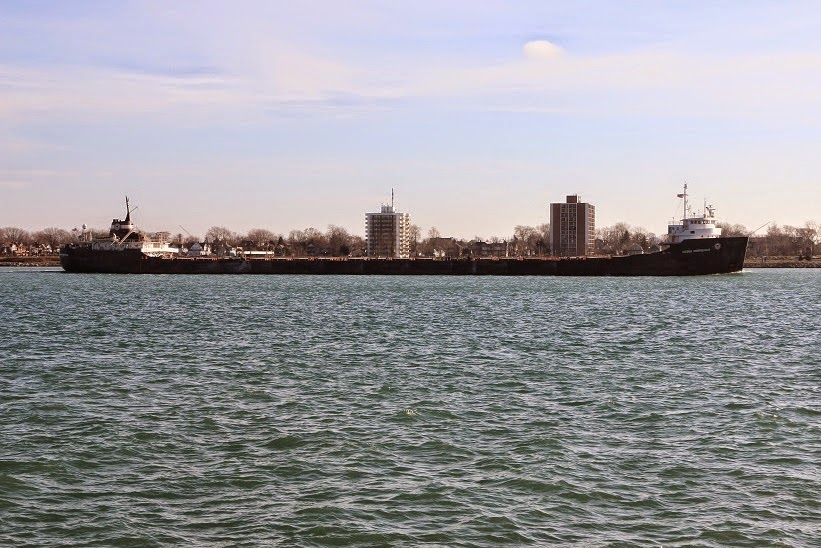 A fairly safe spot in Detroit is Milliken State Park.  It is a little ways down from the Renaissance Center but it is a decent spot for boatwatching.  Moving ships don't get close but you can get decent shots of ships in the anchorage. 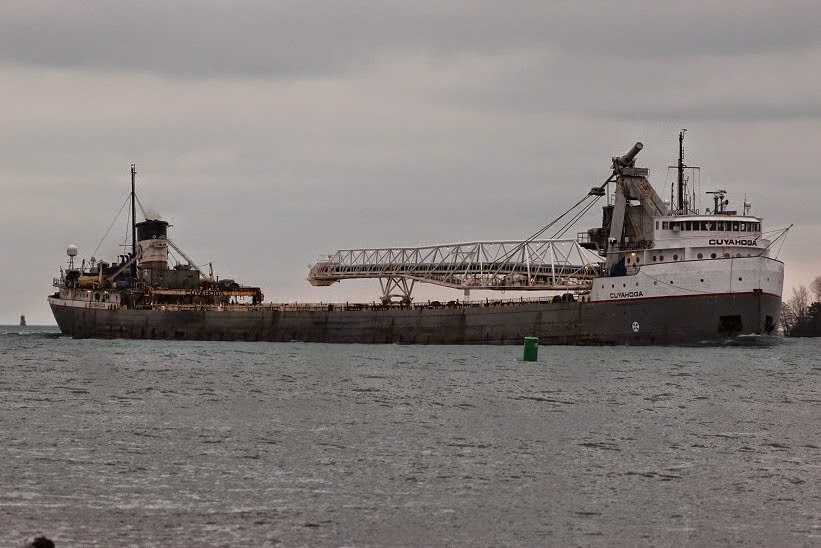 Belle Isle is a pretty decent spot as well.  My favorite on Belle Isle is what I call the Rocky Beach.  This is where you can catch ships coming off Lake St. Clair.  Because of the way they enter the Detroit River, you can get all sorts of angles and if you have a decent telephoto, you can get a head shot.  The only drawback is that it is better for downbound ships than upbound. 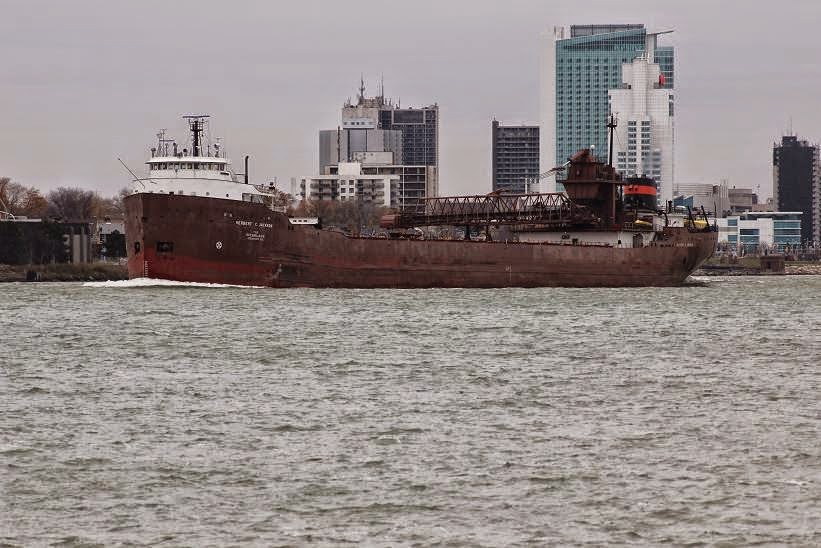 The spot at the other end of the island is good for upbound ships and you can get some shots with cities in the background. 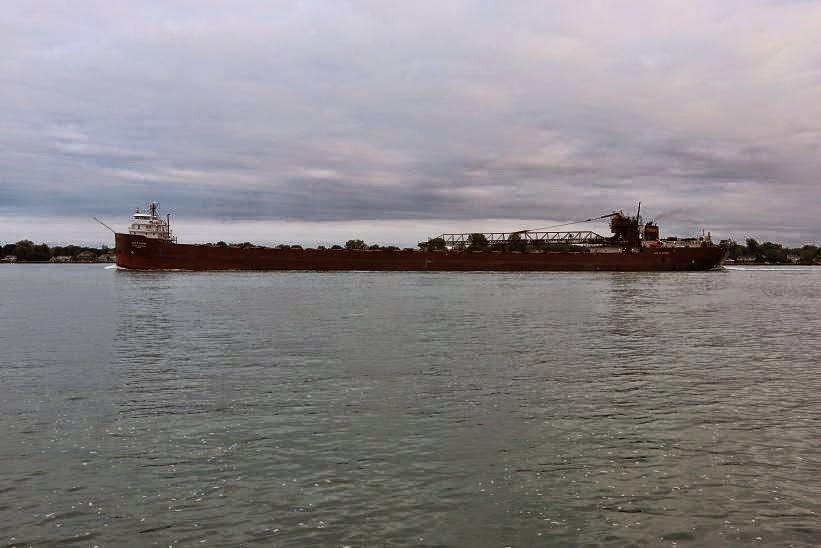 In the middle of Belle Isle is a fishing pier.  This is a pretty good compromise between the ends of Belle Isle.  You can't get a clear shot like the Rocky Beach but you do get a fairly uncluttered shot. 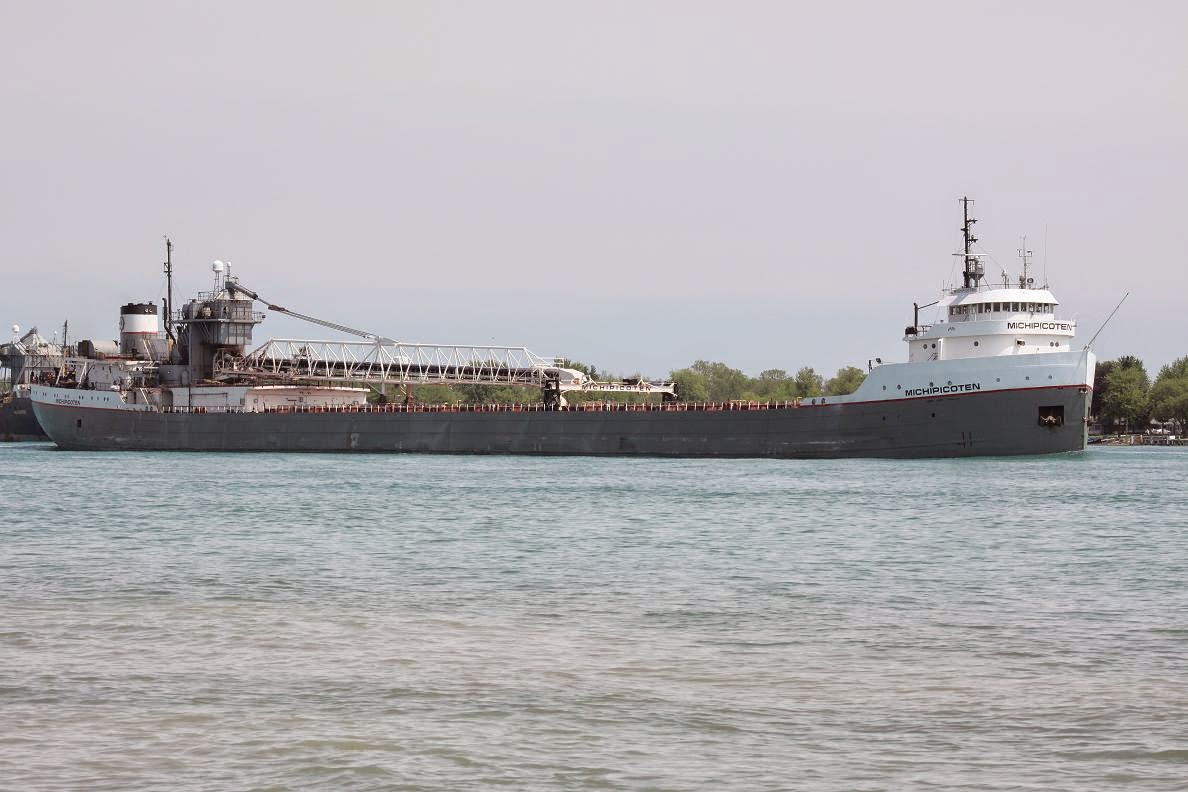 Next up is Algonac.  The shots from Algonac are about the same as Bishop Park in Wyandotte.  This shot is from the State Park and that makes a pretty good spot for boatwatching.  You can see the ships from a fair distance away as this spot juts into the river a bit.  You are also fairly close to the ships. 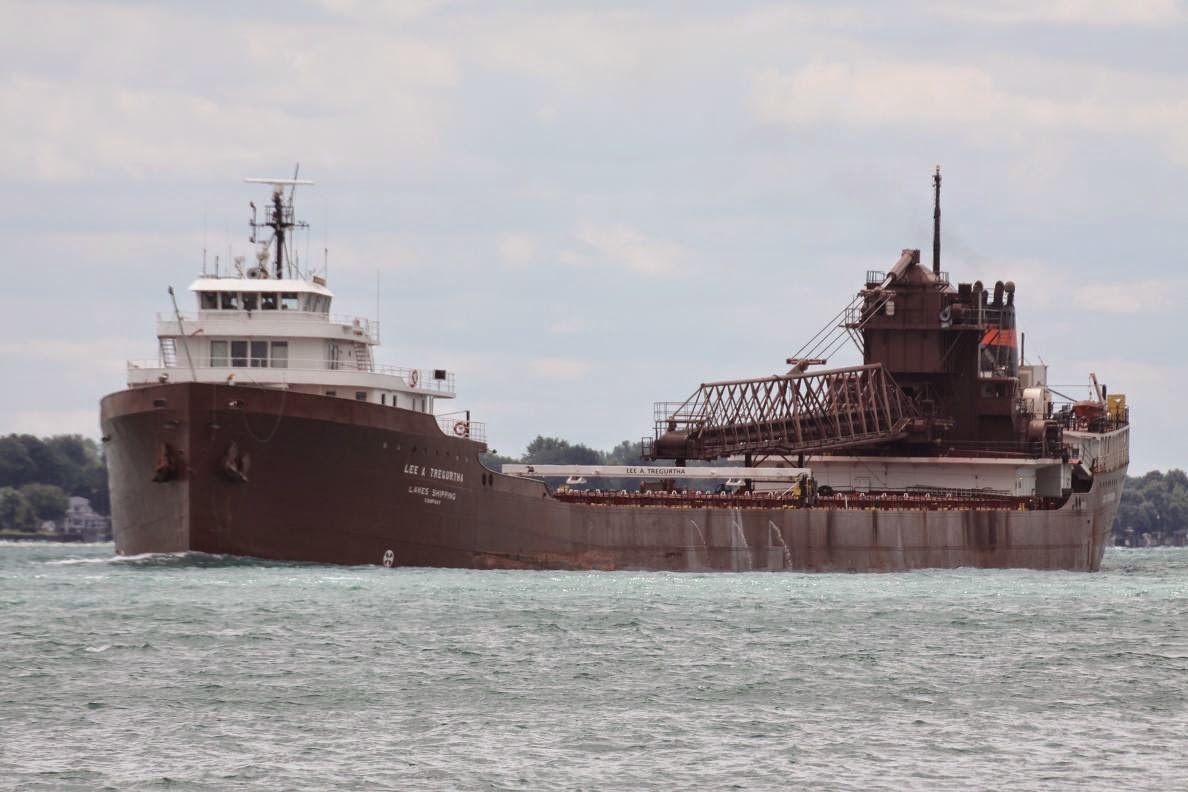 I'll have to admit, there really isn't a bad spot along the St. Clair River.  There are several parks along the way where you can stop to take pictures.  I'm told it is even better on the Canadian Side.  This is a park in Marine City just up from the ferry.  The ships pass fairly close and you can get all sorts of angles on them. 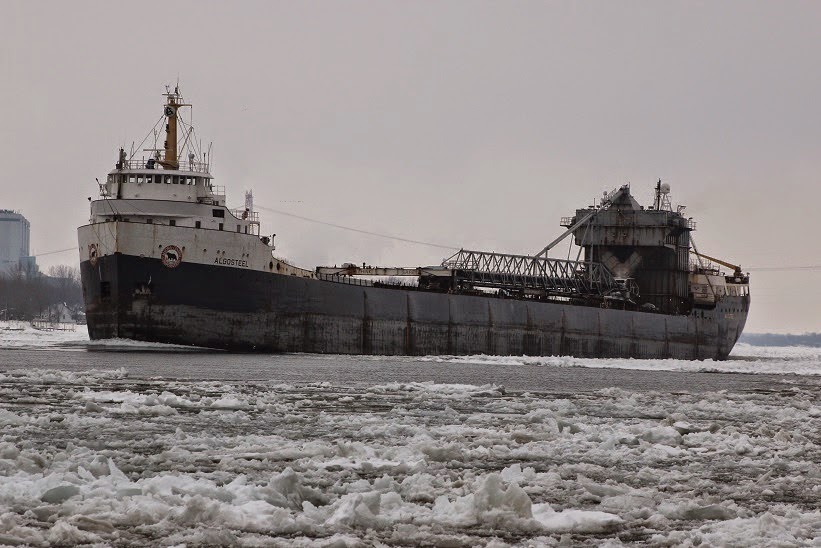 Marysville is a better spot.  They've recently done some improvements to the park and there is a walkway along the River.  This is another spot where you can get headshots with a pretty good telephoto. 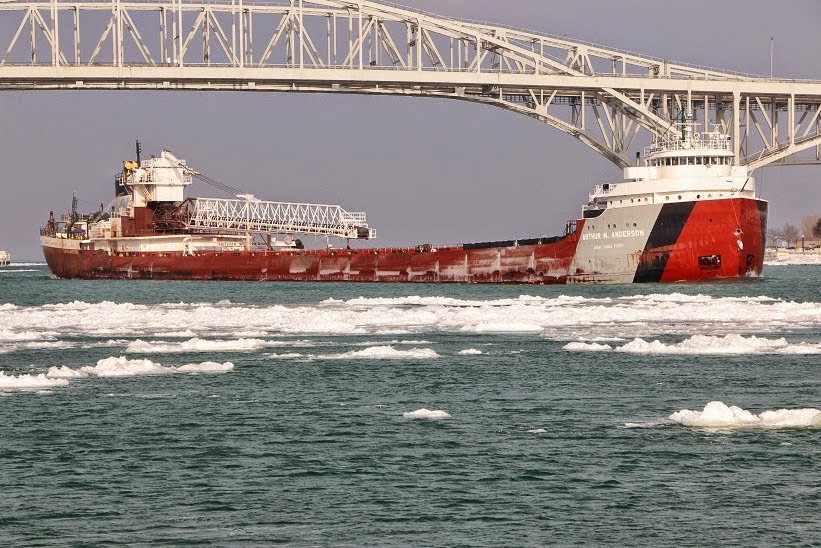 If you can't make it to Duluth, Port Huron is probably a pretty close second.  Especially from the parks near the Blue Water Bridge.  The ships come fairly close and you can get some unobstructed views as they are coming off Lake Huron.  Because of the way they enter the St. Clair River, you can get some varied angles.  The blue water makes a pretty good backdrop and when the water is calm, you can get some pretty good reflections. 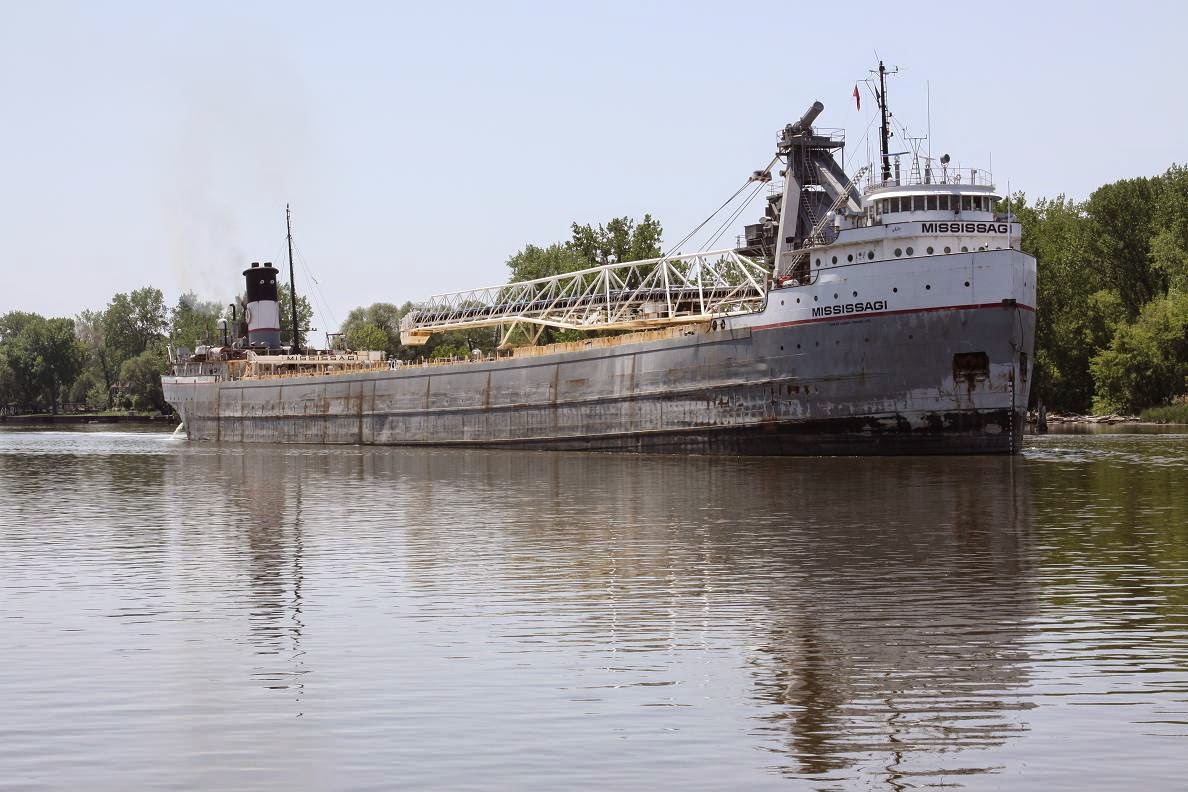 The Saginaw River is another place the provides good opportunities but they are rare.  If you are lucky, maybe once a week. 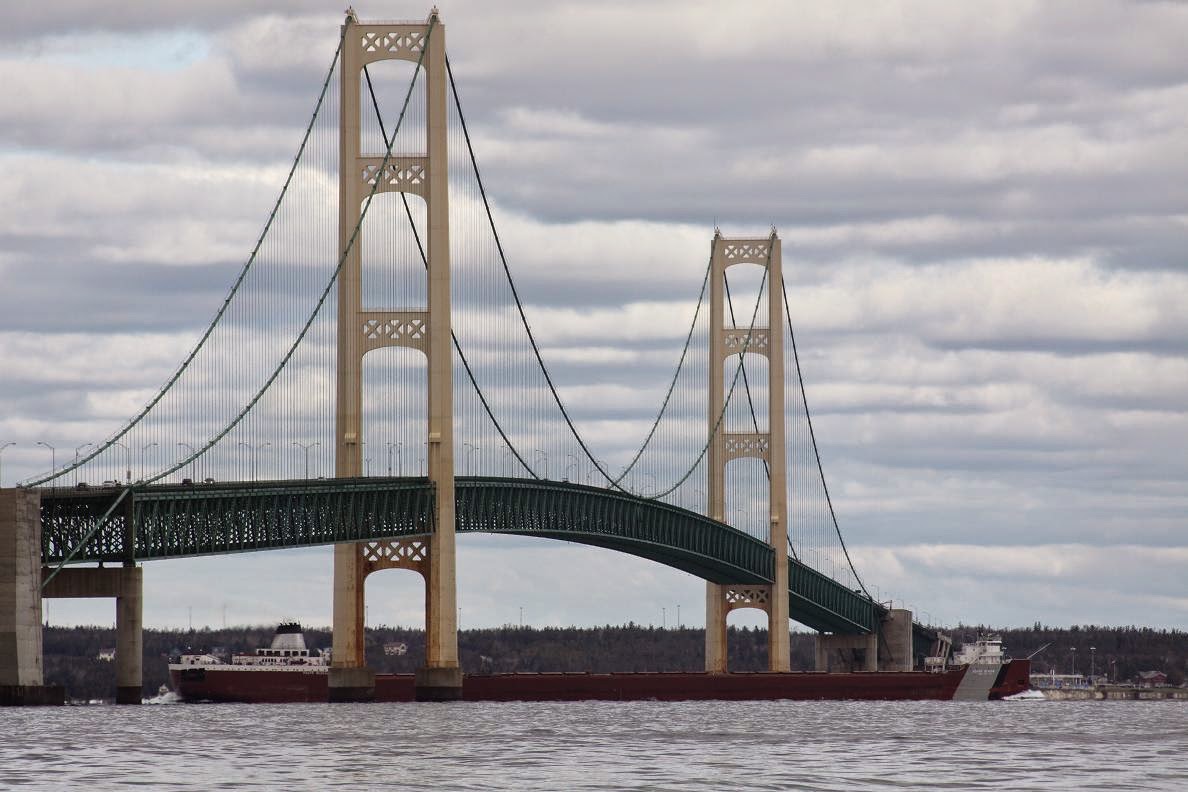 The Mackinac Bridge provides a pretty good back drop but the ships are too far out. 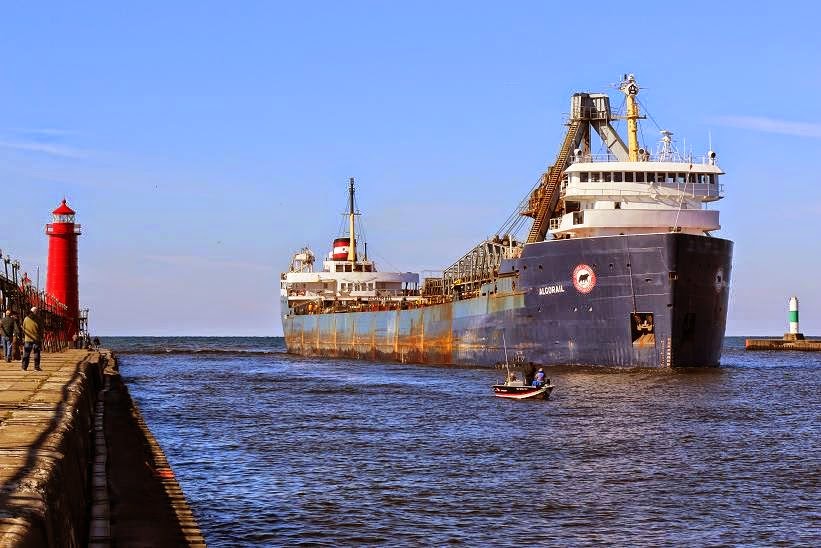 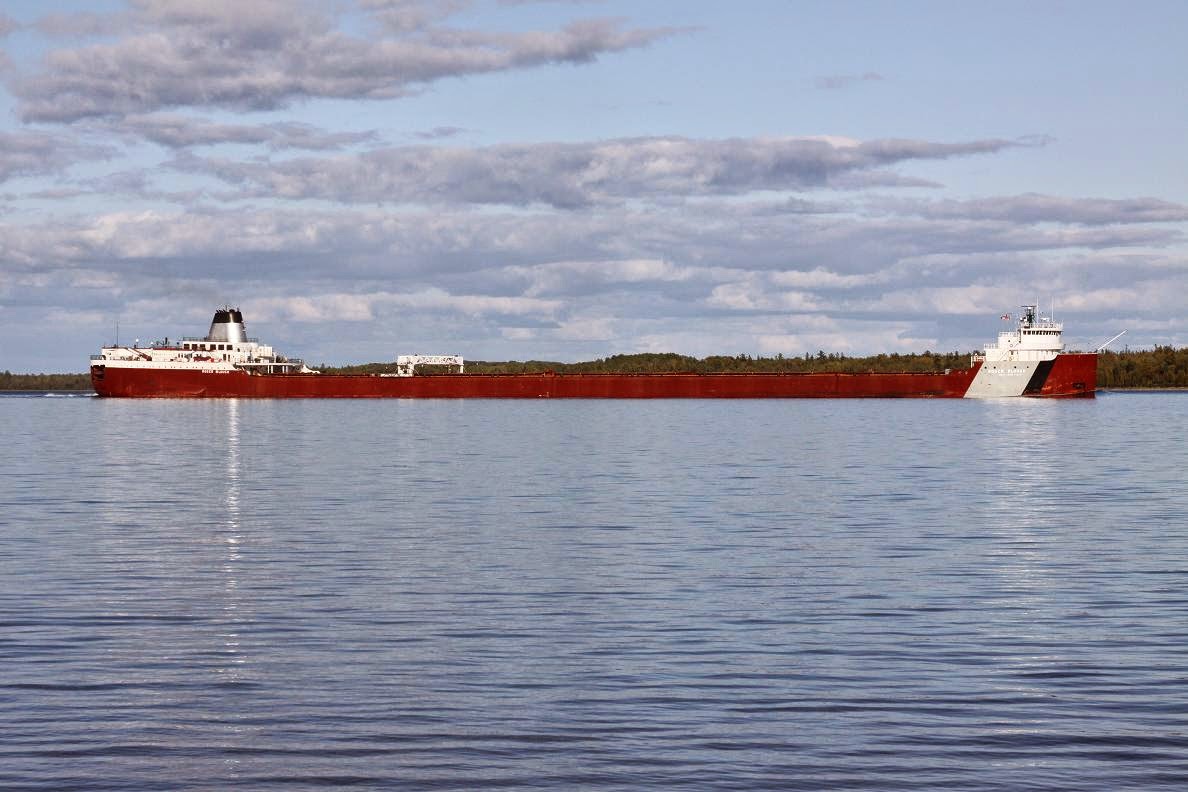 DeTour passage provides some interesting opportunities but again the ships are a bit out. 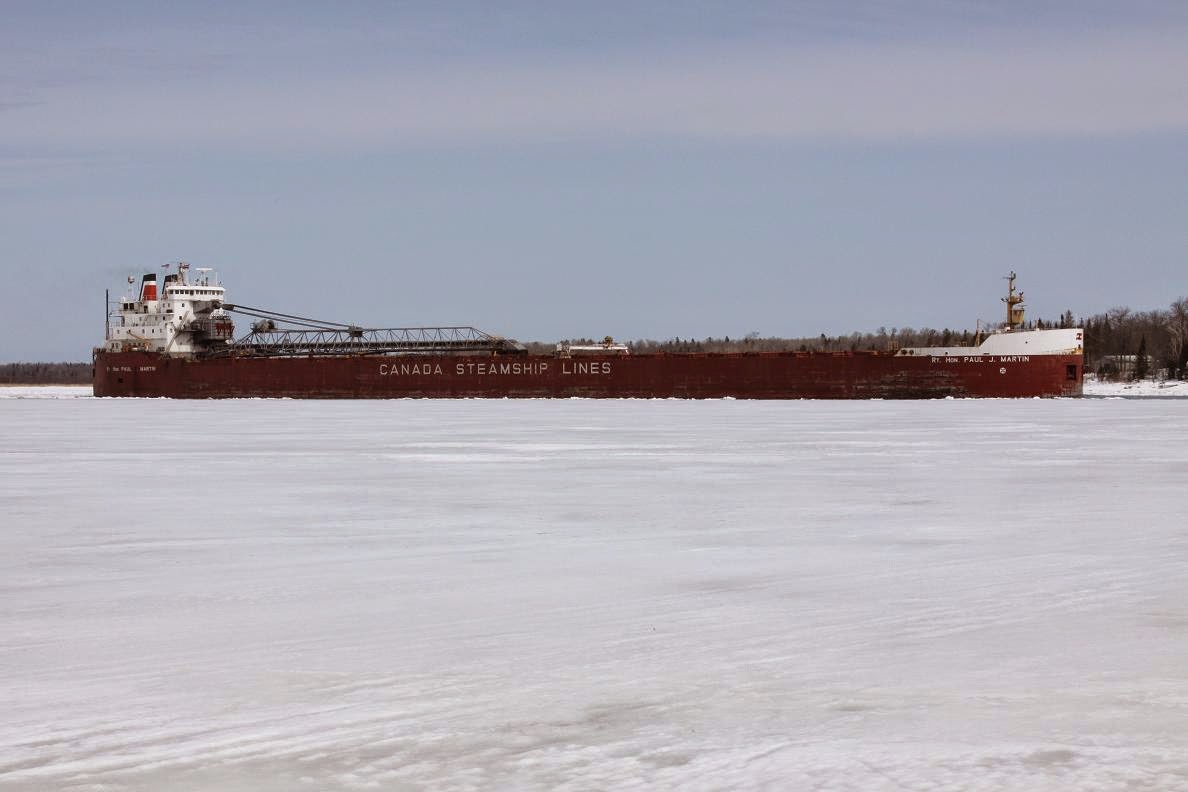 This is a spot as the ships enter the Rock Cut.  Again, I'm going to have to explore this one a little more.  It seems promising. 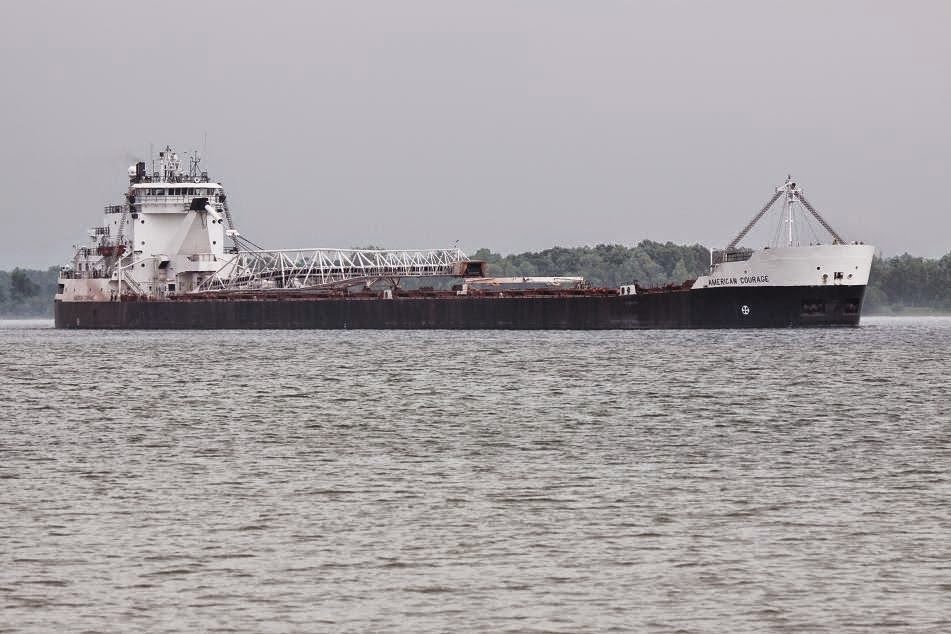 Four Mile Beach is just south of Sault Ste Marie and it is a very nice spot for pictures.  It is also a spot where you can see the water rush out and in as a ship passes. 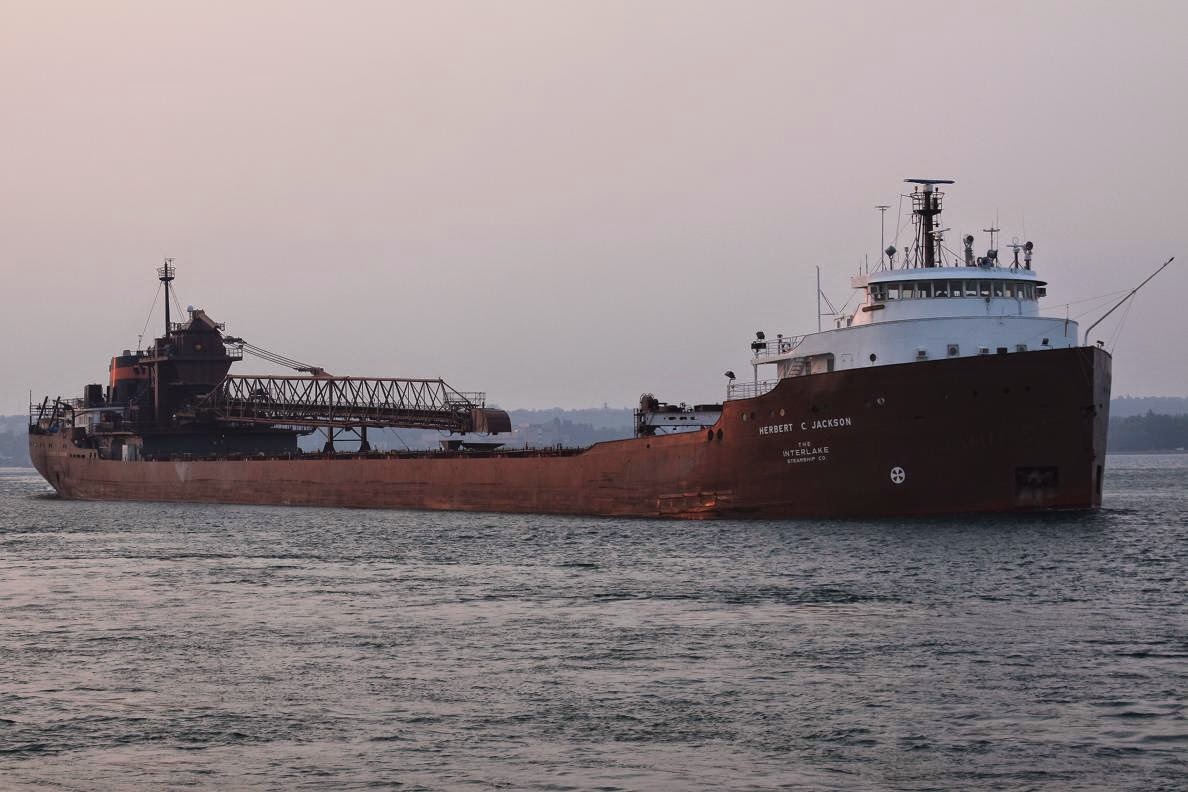 Mission Point is another pretty good spot.  It gives you an opportunity for some closer shots.  You can get a head shot on an upbound ship. 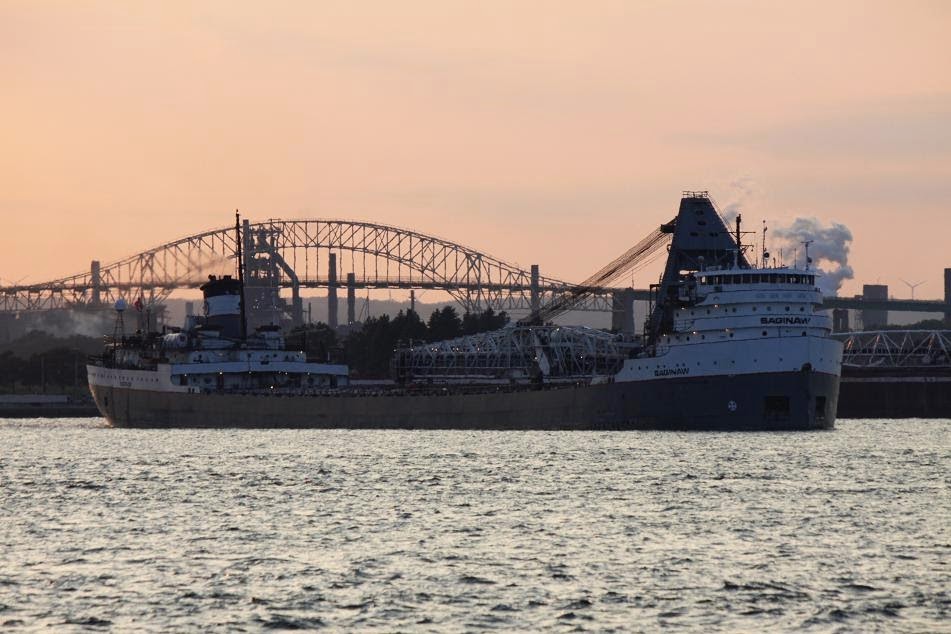 I forget what the park is called but it is near the Cloverlane Hydroelectric Plant.  It gives decent shots. 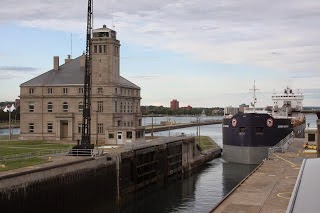 The Soo Locks themselves aren't bad but you can only get close to the ships on Engineer's Day. 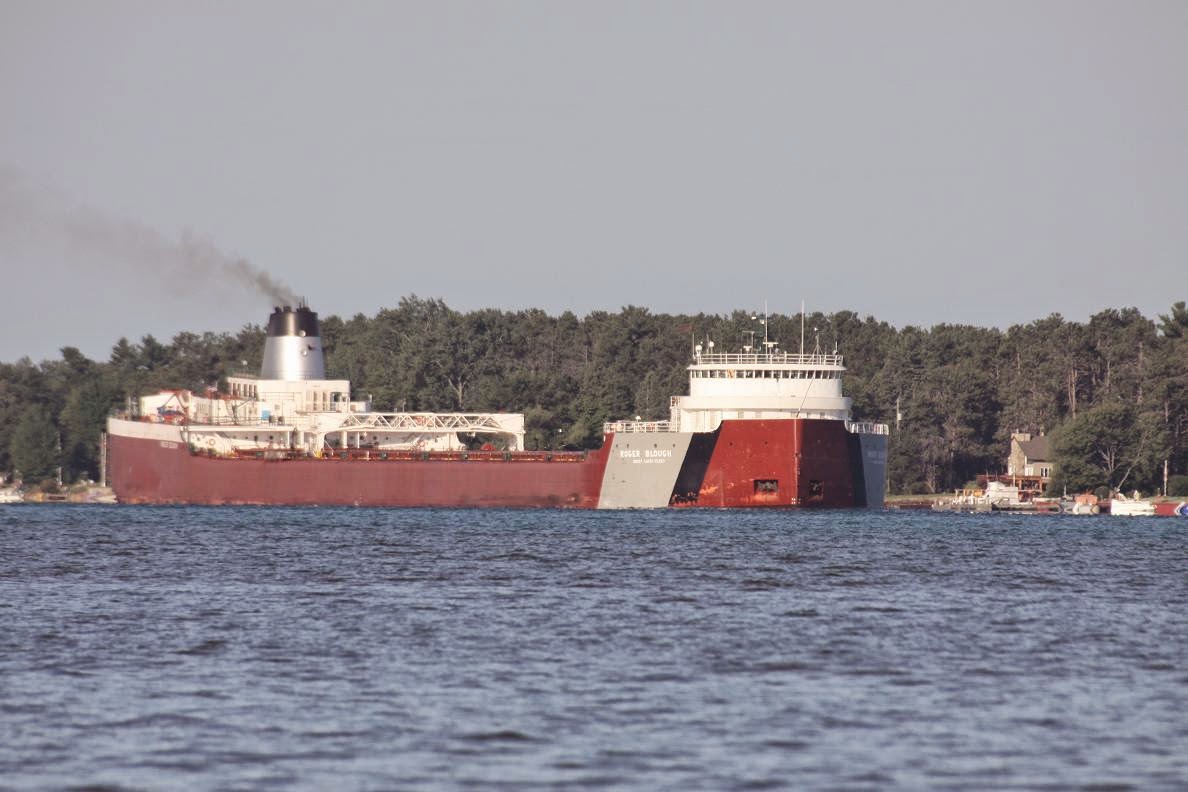 Sherman Park gives you an opportunity to catch ships before they enter the Locks.  You can almost get a shot with the International Bridge in the Background as they are leaving. 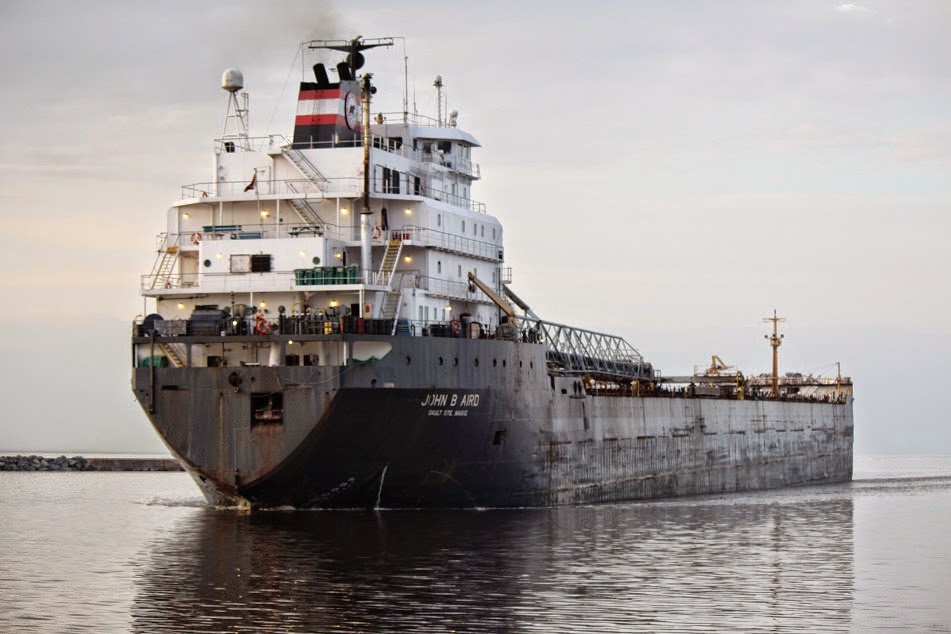 Superior, Wisconsin is another place I'd like to explore but apparently it's not used as much as Duluth. 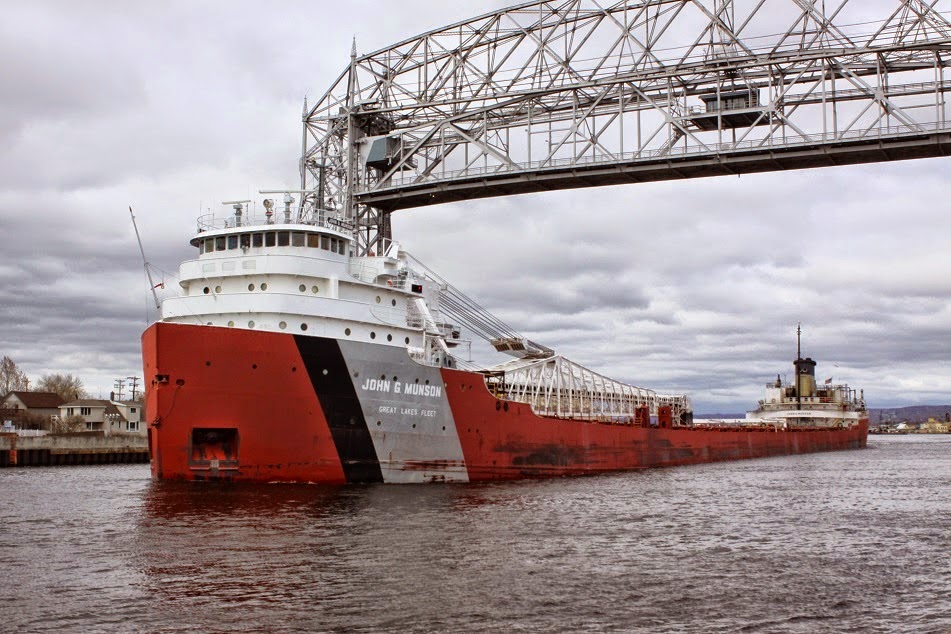 Duluth is probably the Grand Daddy of Boatwatching Spots on the Lakes.  The channel provides an opportunity to get some pretty closeup shots of the boats.  There are generally several ships that call on Duluth. 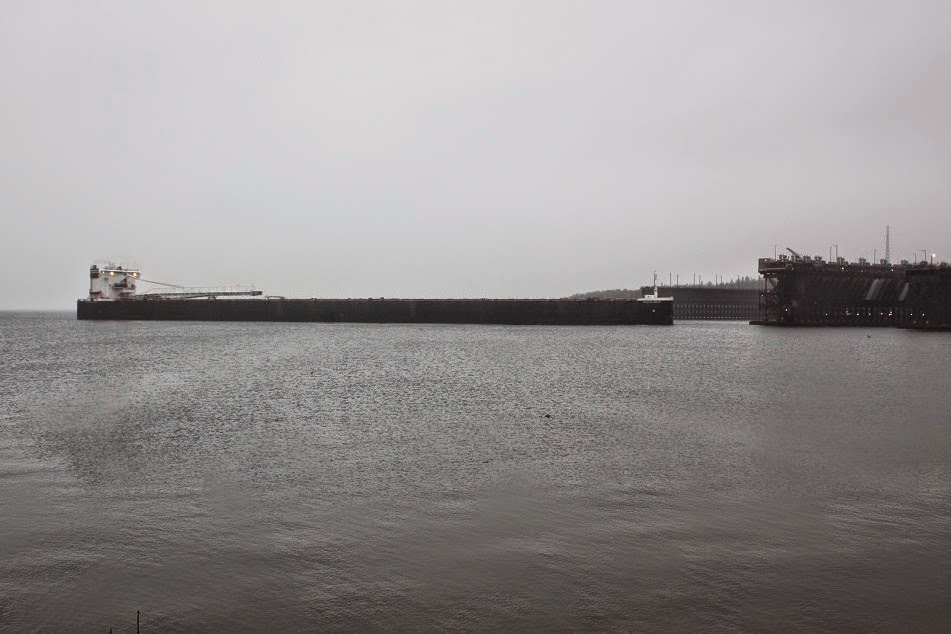 Two Harbors looks like it might be a nice spot but it's another that I will have to explore more.

There are several other spots along the lakes that I will need to discover.

Grand Haven, Mi offers great up close viewing of ships entering and leaving the channel. Same for Muskegon, MI. Certainly not as many ships here are in the St. Clair River.