These are some shots of Middle Montana as we were approaching Glacier Mountain National Park. 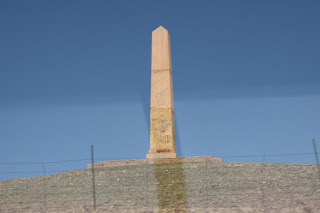 This is Camp Disappointment, the northernmost point that Lewis and Clark came when they were exploring America. Many of the train routes out west follow their trail and also many of the trails that the settlers used. 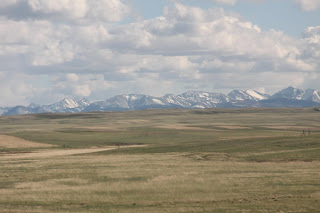 A shot of the mountains off in the distance. 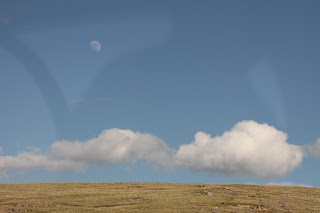 I liked this shot because of the moon up at the top. 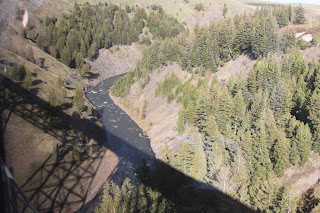 This is as we are passing over one of the tressels. This was one of the highest tressels we passed over. I kind of liked this picture because of the way the shadow was hitting the ground.
Posted by Mikoyan at 8:22 AM