I didn't have much time at John Wayne Airport so I didn't get as many pictures as I would have liked, but here are some.

John Wayne Airport is located in Santa Ana, California. The first airstrip there was made in 1923. In 1979, it was renamed after John Wayne. It has a fairly short airstrip so the aircraft are 757's or smaller. It is a pretty neat experience to fly out of because the planes power up and climb quickly. They scale back the engines as they fly over some of the richest real estate in the country.

Because of the size of the aircraft, every time I go there, I have to take a connecting flight. 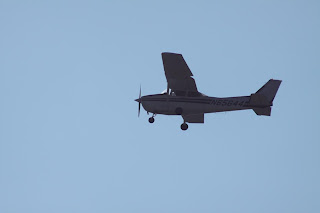 There is alot of general aviation out of it. 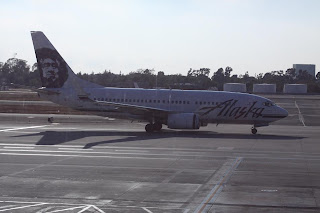 This is an Alaskan Airlines aircraft. 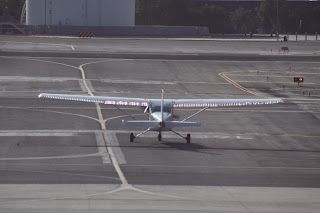 A plane getting ready to taxi for take off. 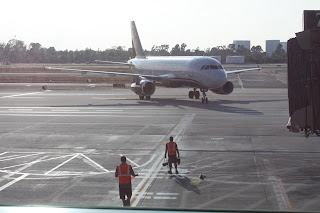 The plane I would take to Phoenix.
Posted by Mikoyan at 10:14 PM