The Lumberman's Monument is about 20 miles west of Oscoda, Michigan. It is part of the National Forest in that area. It was built in 1931 as a monument dedicated to the lumbermen of Michigan.

Lumber used to be one of Michigan's main industries until the forests were pretty much depleted. As a result of that, they learned better forest management techniques and lumbering is still a part of Michigan's economy although not as large as it used to be. 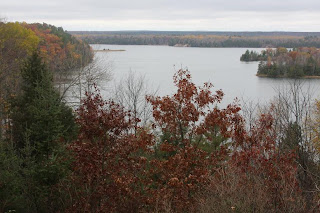 This is a shot from behind the monument. The river is the Au Sable River. It used to be a major artery for the lumber industry. Now it is a fairly major river for canoeing. 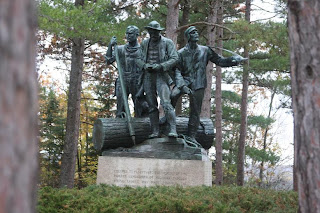 A shot of the monument framed by a pair of red pines. It is in a very beautiful area. Surrounding it are some exhibits displaying various aspects of lumbering. 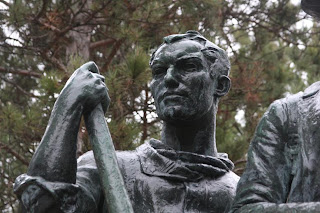 A close up of one of men. 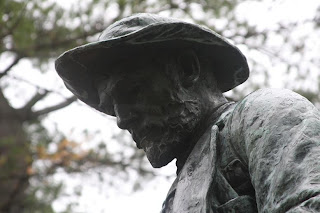 A closeup of another. 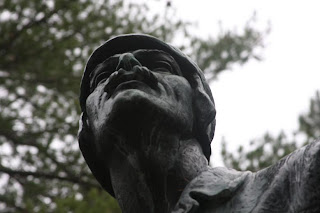