Also called the Burton Memorial Tower being named after former University President Marion Leroy Burton who served from 1920-1925. The Tower has a grand carillon which sounds really cool. It is also one of only 23 grand carillons in the country. This carillon contains 55 bells weighing a total of 43 tons. The largest bell is six tons.

The monument was finished in 1936. It also has classrooms for the University's school of music.

After one of the Regents committed suicide in 1987 by jumping to her death, the windows have been modified so that they don't open all the way.

The tower was designed by Albert Kahn who designed a number of other prominent buildings in Michigan. 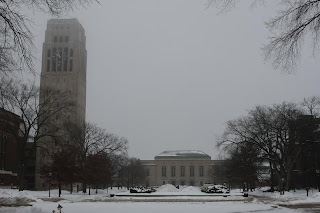 This is a shot of area around the Tower. The building in the back is the Gerald Ford Building. With the height of most buildings in Ann Arbor, the Tower does stand out pretty well. 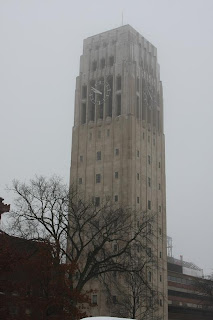 The Tower on a foggy day. When I took this picture, I thought it was foggier and the tower would be a little more obscured. 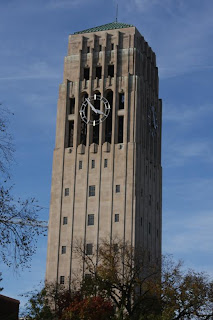 And a sunny day. 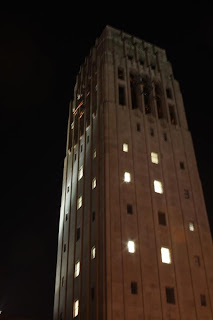