Yesterday, my mom and went up to Lumberman's Monument. I got a new GPS and wanted to check it out against the geodetic disk from the Forest Service there. It was almost dead on which is cool. The Lumberman's Monument looked pretty cool from the snow that was on it. I will post pictures of that later.

We headed out north from the park and eventually went to M-65 (Michigan Highway 65) which goes from just west of Standish, Michigan and ends up in Alpena. It is a fairly beautiful highway. 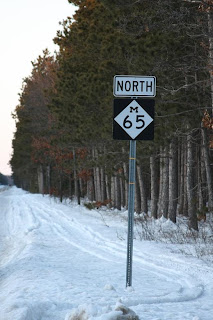 The Michigan State highway signs are a diamond shape on a black background. They used to be just a white diamond. I think they look cooler with the black around them. 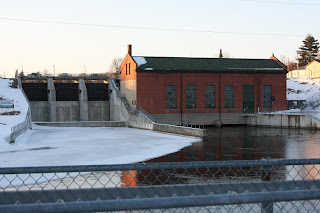 This is called the Loud dam. It actually generates electricity when the water is running. There are quite a few dams in the vicinity of Lumberman's monument. With the push for more sustainable energy, I could see a few more dams being built. 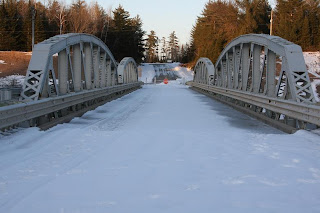 This is the old M-65 bridge. The GPS didn't even recognize that it wasn't the bridge anymore, so as I was going over the proper bridge, it had me off course. 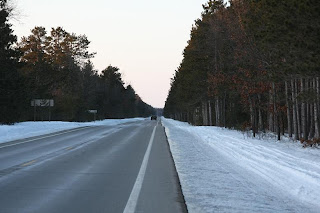 A view of the highway itself. Most of it looks like this. It was pretty cool as it was approaching sunset. 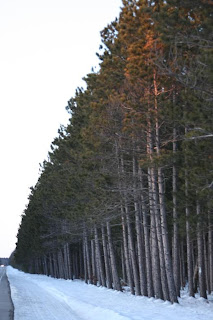 A white pine stand. The trees have come back to Michigan, but still not as many as there used to be.
Posted by Mikoyan at 7:43 PM