Sault Ste. Marie is one of the oldest cities in the United States. It was settled some time in the 1600's by French Traders. This is one of the buildings there, it is the Chippewa County Courthouse and was built in 1877. It is the oldest continuing courthouse in the state of Michigan. 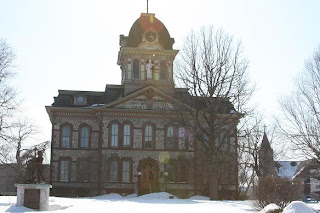 A front shot of the courthouse. Not the greatest picture though. 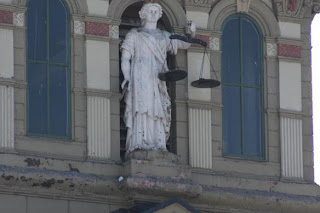 The statue of Justice. 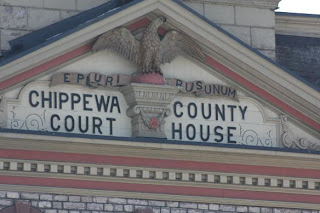 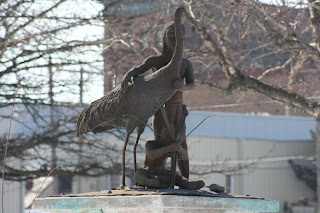 The Crane of the Sault. This statue is based on an Chippewa legend about two boys who flee their cruel mother. They reached the north shore of the St. Mary's Rapids and they were met by a crane who flew them to the south shore. The crane then met their mother, picked her up and then dropped her on the rocks and her brains became the whitefish. 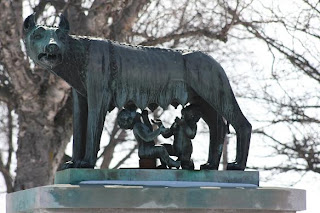 A statue of Romulus and Remus. 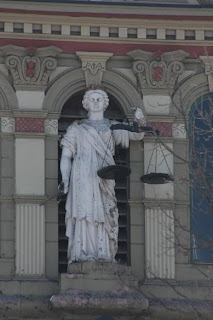 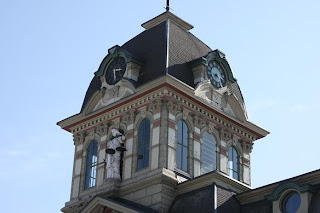 It's a pretty cool looking building.
Posted by Mikoyan at 8:55 PM