The locks still see about 10,000 ships per year and they are closed in the winter.

Recently, I had a chance to go up to Sault Ste. Marie. Never been up there in the winter. 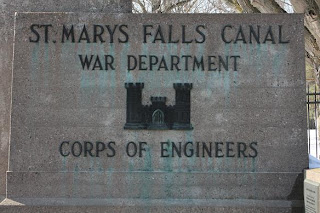 The locks are run and maintained by the US Army Corps of Engineers. 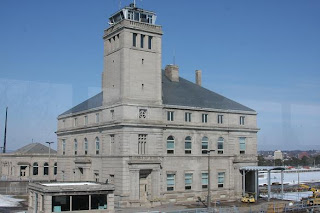 This is the administration building. 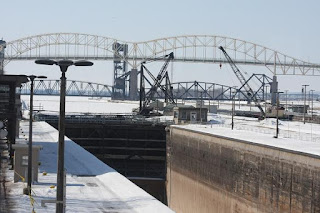 The first lock you see is the MacArthur Lock. 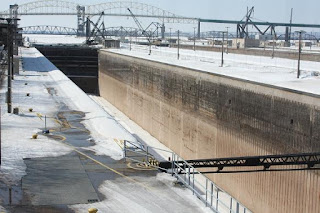 The locks were mostly empty as they were working on them. If a ship is going from Lake Superior to Lake Huron, the lock is emptied so that the ship is lowerd to Lake Huron. If it is going the other way, the lock is filled. It's pretty cool when a ship is going from Superior to Huron because you can nearly get on the deck when the water is lowered the all the way. Sadly, the observation posts are glassed off now so you can't yell hello to the crews. 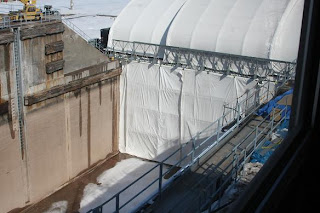 Eventually they are going to replace the two older locks with one wider and deeper lock.
Posted by Mikoyan at 8:22 PM

Thanks for the great photos of one of my favorite buildings in the Sault. The Sault is full of wonderful examples of architecture. Sault Ste. Marie was booming in the early 1900's from the lumber industry and during that time much building took place.