Tahquanemon Falls In the Winter

I've been up to Tahquanemon Falls many times before but I've never been there in the winter. It was a pretty cool experience. There was still quite a bit of snow there (some of it was up to the top of the trash cans). It was also pretty nice because there weren't that many people around. 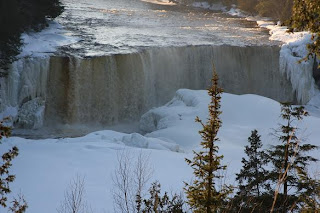 The nice overall shot of the Falls. The almost classic shot. 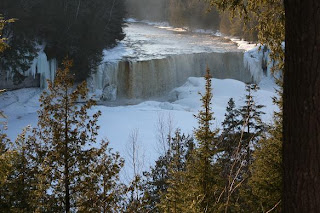 Another shot. You can see the snow. 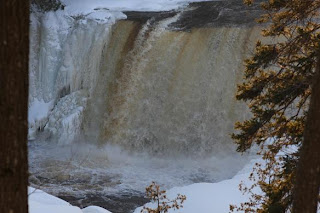 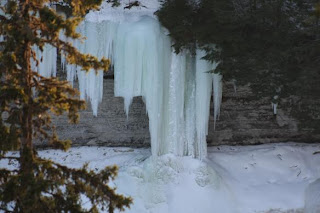 Some of the icicles. Notice the greenish color. 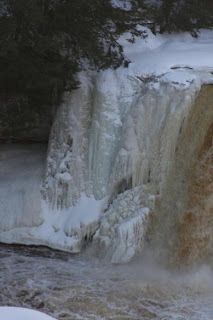 A nice accumulation of ice. 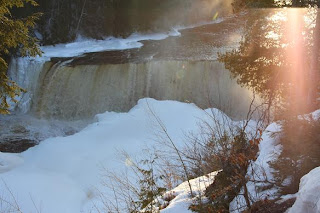 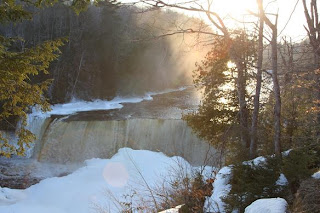 The mist hovering above the falls was pretty cool too. 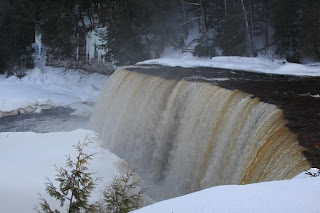 I was surprised to see that the observation deck was clear. I love this shot of the Falls. 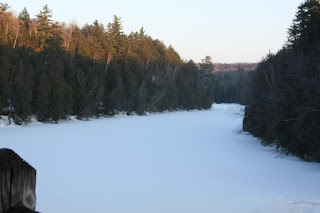 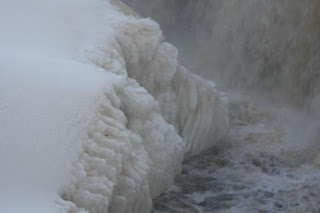 Another pattern from accumulation of ice. Almost looks like a dog. 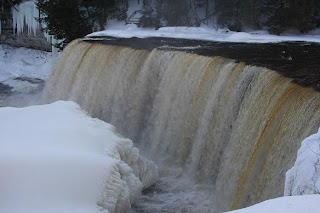 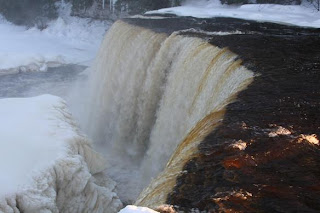 Two more shots from the deck. 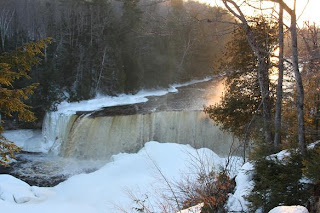 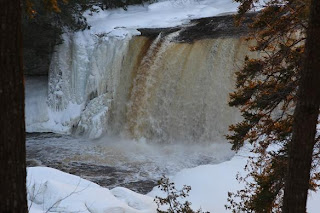 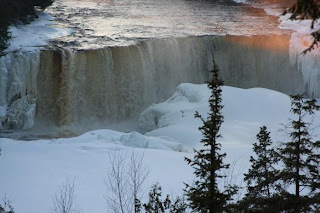 Some shots as I was leaving.
Posted by Mikoyan at 7:47 PM