The Shrine of the LIttle Flower

The Shrine of the Little Flower is in Royal Oak, Michigan. It is on the Northeast Corner of Woodward and 12 Mile. I've been passing this building for a while, never got around to taking pictures of it. Finally, I got some pictures early in the morning and later in the evening. It is a very impressive building.

I first saw this building as I was scouring the Metro Detroit area for Magic Cards. It reminded me of one of the cards (Urza's Tower). I always passed by but never stopped. Anyways, I finally stopped and there are pretty beautiful grounds around it.

The tower was built from 1931 to 1936 by funds from Father Charles Coughlin who did a radio broadcast from there. It was named in honor of Saint Terese de Lisieux (who was called the Little Flower). The church by it was burnt down in 1936 and rebuilt.

The Crucifix was designed by Rene Paul Chambellan. Inside the church are some more murals and sculptures (but I've not seen those). 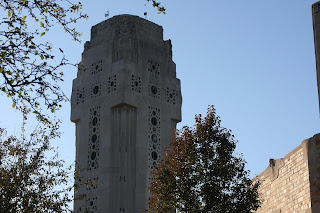 One of the nicer views of the cross itself. This is looking west from 12 Mile. 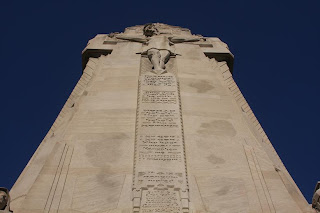 Looking up at the crucifix. The statue is pretty high. 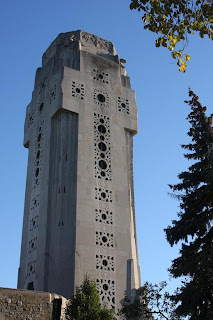 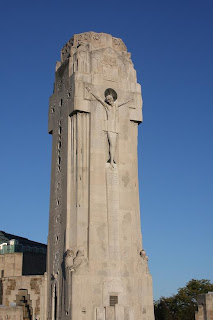 Looking at it from Woodward.
Posted by Mikoyan at 7:06 PM