This is a statue of General Thadeus Kosciuszko in Detroit. It is right on Michigan Avenue near the MGM Grand Casino. This was made from a statue originally cast in 1889 and was built in 1978 to commemorate the bicentennial.

General Kosciuszko was one of the people that helped the fledgling United States fight the British in its War of Independence. He came over here because he was so impressed with the Declaration of Independence.

He used his expertise to help the Continental Army build forts. He was later involved with General Greene in his campaign.

After the Revolutionary War ended, he returned to his native Poland to help it get its independence. He was briefly successful but then was captured by the Russians who gave him his freedom as long as he didn't return to Poland. At this point, he came back to the United States. He settled on land near Columbus. Eventually, he returned to Europe and died in Switzerland. 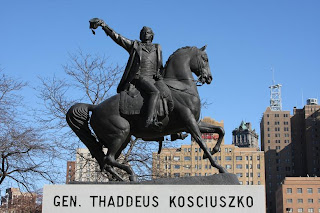 This is the front of the statue. It is a very impressive statue. By the virtue that it's near both the MGM Grand and Detroit Edison, it's a fairly nice part of Detroit. 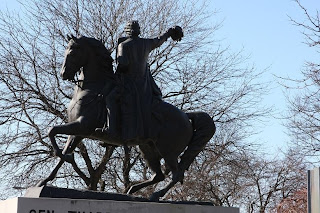 The Statue from the other side. 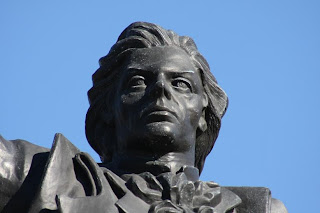 A close up of his head. 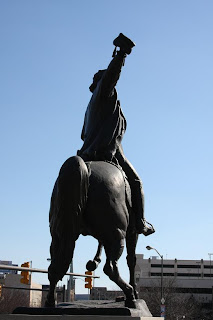 Looking at another angle of the Statue. 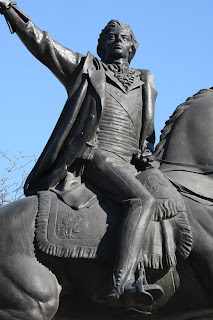 A not so closeup of his body. Overall it's a pretty nice statue.
Posted by Mikoyan at 2:20 PM