The current building was completed in 1879 and has been the capitol building since. 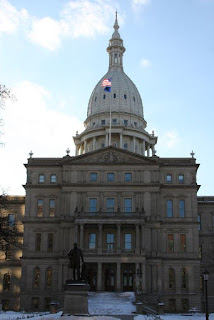 This is an overall view of the capitol building. The statue in the front is Austin Blair, who was governor during the Civil War. 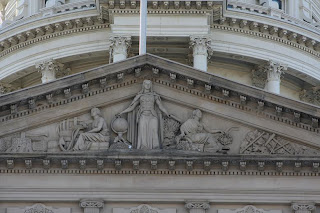 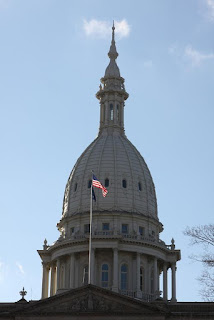 A shot of the Capitol Dome. 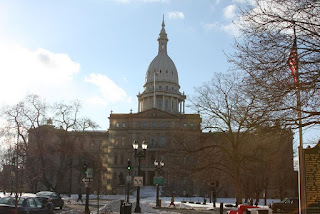 A wider shot of the Capitol. 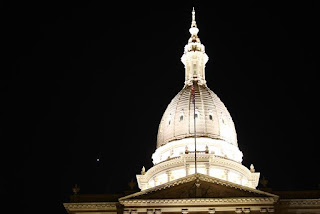 The Dome at Night. 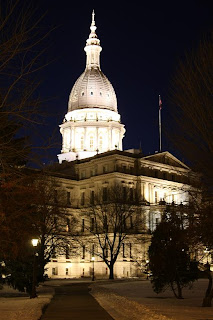 A shot of the capitol at night.
Posted by Mikoyan at 6:21 PM