Austin Blair was Michigan's governor during the Civil War. He was an opponent of slavery and secession. He also led the effort to eliminate capital punishment in the State of Michigan and extend the right to vote to women and blacks.

He was born in New York and then moved to Michigan after getting his law license. His first political post was clerk of Eaton Rapids and then he became a State Representative, at this time he led the effort to eliminate capital punishment in Michigan.

He served as governmor during the Civil War and was a strong supporter of the effort of the North. By war's end, 90,000 Michigan men would volunteer for the war.

His statue is in front of the Capitol Building. 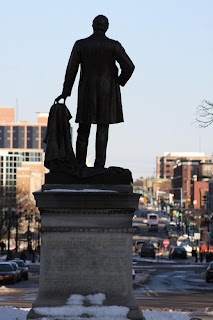 Looking away from the capital building. One of the amazing parts about the capitol building is the amount of growth around it. 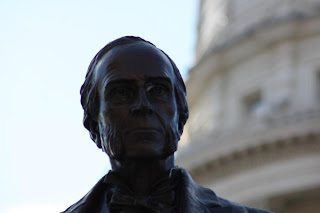 A close-up of his face. 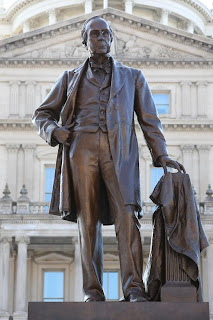 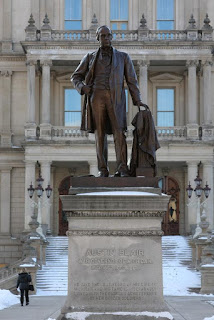 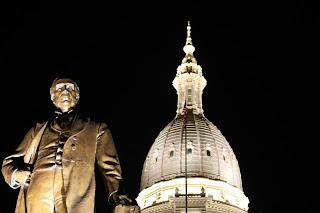 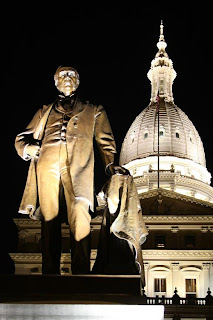 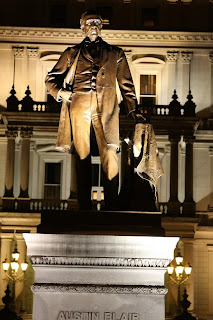 A tighter night shot.
Posted by Mikoyan at 6:36 PM