The Park in December

Just some shots around the park as I was heading back to the Falls. The walks were shoveled to just past the bathroom the rest of the way was a trail that someone blazed. Since there aren't alot of people that visit the park at this time of the year, there wasn't much of a trail. Because of these, I decided not to go to the brink, although that's where the best pictures are. 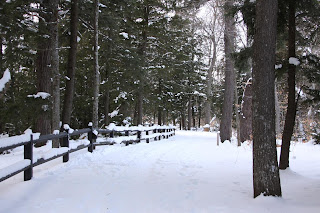 A shot of one of the trails. You can kind of get an idea of the depth of the snow. I'd say it was close to a foot deep. 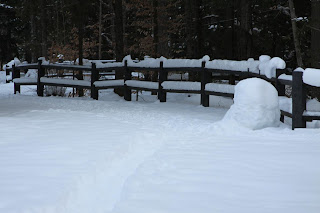 Another shot of the trail. You can see the little path in the snow. 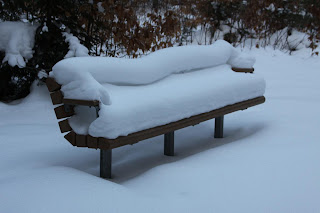 A shot of one of the park benches. That probably gives an even better idea of the amount of snow. 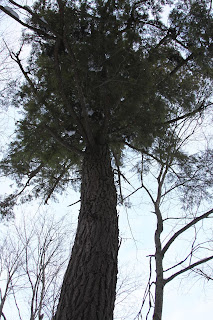 Looking up at one of the trees.
Posted by Mikoyan at 8:45 AM

These are beautiful I am so glad you were able to do it. You need to be proud of yourself because you obtained an artistic challenge you set up for yourself and you fulfilled it...from your greatest fan, guess who!