I'm pretty sure I've posted pictures of this building before but I don't remember when I did. 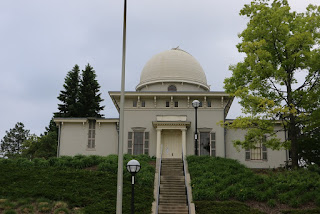 If you ever wondered why Observatory Street in Ann Arbor was so named, this is why.  This not so imposing structure is located at the corner of Ann and Observatory. 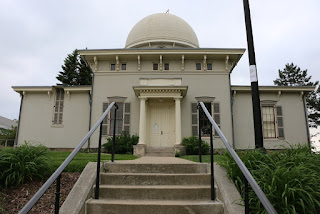 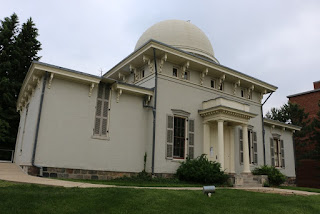 To design the observatory, Tappan recruited Richard Bull who was a former student of his.  Bull was a New York University Civil Engineering Professor and amateur astronomer.  The building ended up housing a 12 5/8" refracting telescope which was the third largest in the world at the time. In 1890, the building was renovated a little bit.  In 1908, an addition was added with a second dome that housed a larger dome, this was later demolished. 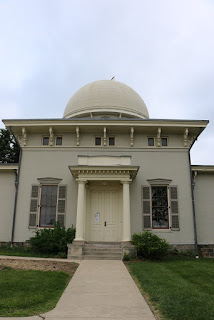 In 1963, the Astronomy Department moved from the building and it stood derelict for some time and in the early 1970's it faced the threat of demolition.  In 1973, it was added to the National Register of Historic Places. 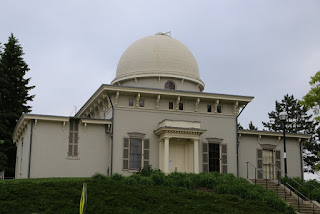 In 1997, the Observatory was restored and currently serves as an extension of the Bentley Library.
Posted by Mikoyan at 9:42 PM