It's hard to believe that another month has passed. Time flies when you're having fun, I guess. Anyways, I was thinking that today would be a good day to go to the Arboretum except for the fact that it was raining pretty hard earlier. As I got out of work, it was cloudy but it wasn't raining, so I decided to go.

One of the reasons I wanted to go to the Arboretum is that I heard that the peonies were out so I wanted to take pictures of those because I remember that particular garden looking really cool. The fact that it was cloudy was a plus to me because I prefer slightly overcast days for taking pictures of flowers because they aren't as washed out by the light. I think the colors turn out a little nicer.

A little background on the peony garden. It was donated in 1922 by Dr. W.E. Upjohn who was the founder of the Upjohn Pharmaceutical Company in Kalamazoo, Michigan. Many of the plants still thrive in this garden. 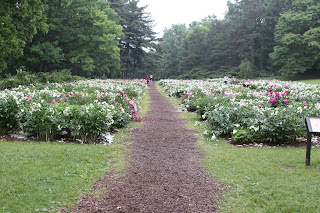 This is a nice overall shot of the garden. As you can see, it is a nice sea of color and variety. It is also fairly well laied out. I kind of like the balance here. 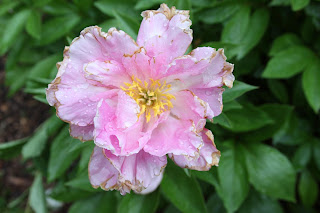 I never realized there were so many different varieties of peonies but then again, I'm not really a flower person. I like to look at them but I don't know alot about them. This particular one is called a semi-double one, I believe. 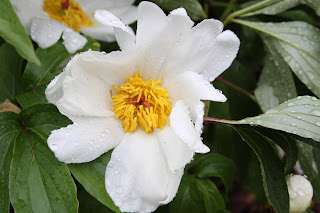 This one is a Japanese Peony. 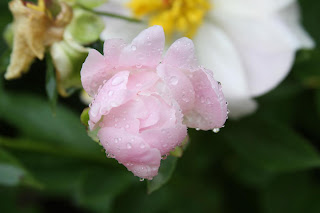 This one is called a bomb. 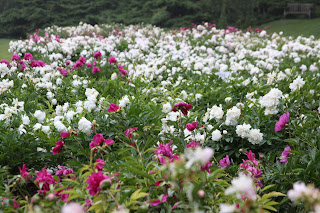 Just a shot of a group of the flowers. 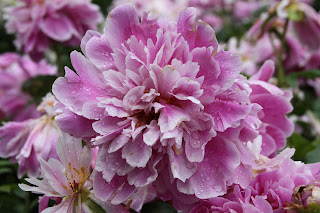 I think this one is a anemone. 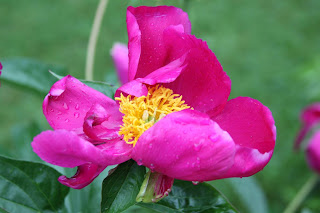 I'm not sure what this one is but I like the contrast of the yellow with the dark pink. 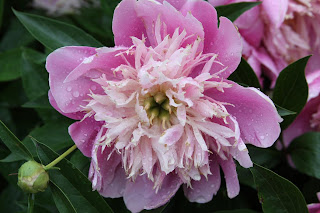 I think this one is another anemone. 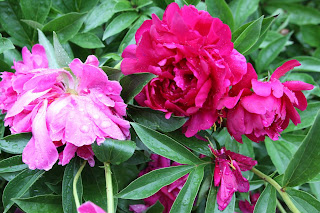 I think these are doubles. 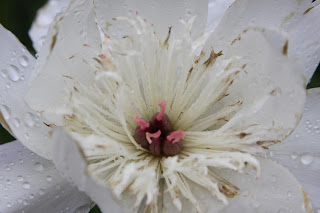 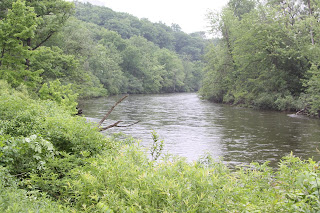 After looking at the peonies, I decided to wander down to my normal spot in the park. As you can see, the river is a little higher than normal. I think there may have been some flooding while I was on my train ship. I kind of wish I was here to get pictures of it. Oh well. 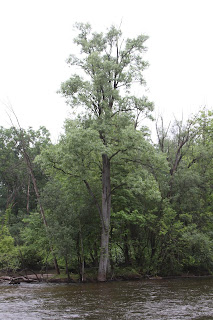 You can get a better idea of how high the river is in this picture. It's a bit higher than normal but then again, we had quite a bit of rain last month and it was raining pretty hard today. 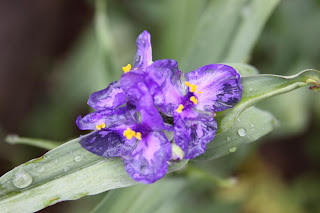 I'm not sure what kind of flowers these are but I like the purples. 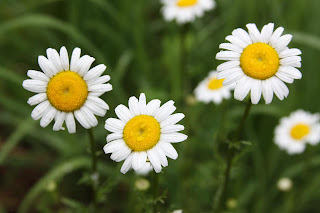 A group of daisies. I tried to get some other pictures but they didn't turn out as well. 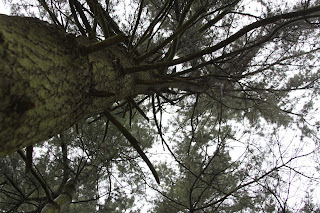 One of my favorite angles for pine trees.....looking up. 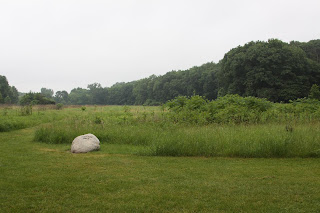 The large field. Come the end of July or beginning of August the grass should be as tall as me. 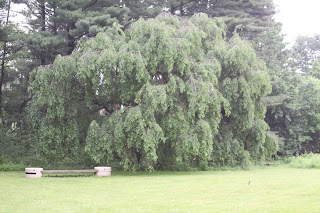 I'm not sure what kind of tree this is but this is a nice comparison picture for some of the earlier months. 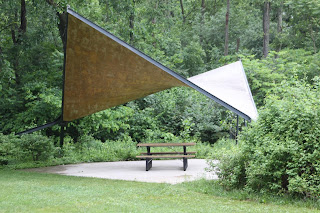 I should have been taking pictures of this all along because its kind of neat. Oh well. 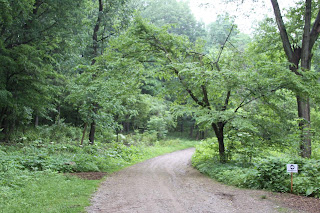 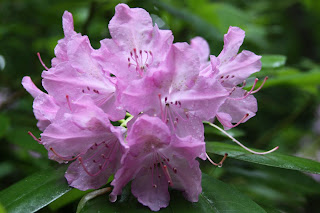 As a result, I passed by these flowers. I'm not sure what they are though. 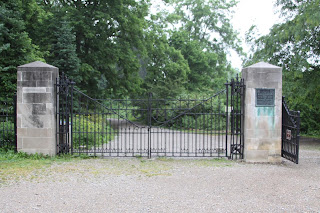 This is the gate I used to use to get into the Arboretum until I discovered the parking lot by the hospital. I think it's kind of neat. 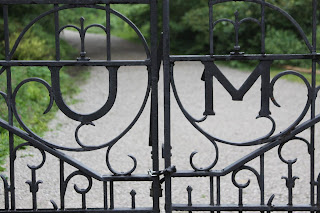 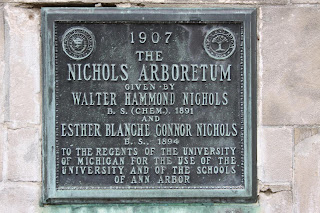 And a sign for the dedication of the Arboretum. 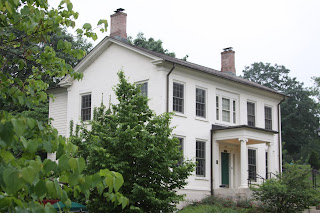 This house is near the peony garden. It is the Reader Urban Environmental Education Center and used to be known as the Burnham House which was built in 1837. It was moved to the Arboretum in the late 90's.
Posted by Mikoyan at 7:49 PM

Great photos of the flowers! I'm going to route people here from the discussion of the Nichols Arboretum on my blog.