As I was taking pictures of the subject of the next post, I saw that this vessel was heading upbound. 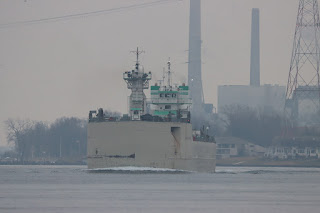 The vessel in question was the tug Samuel de Champlain and she was pushing her barge the Innovation. 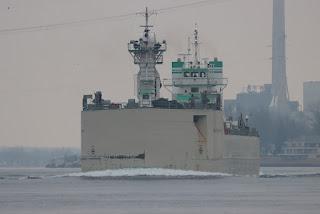 I'm not sure if I've caught this pair in motion. 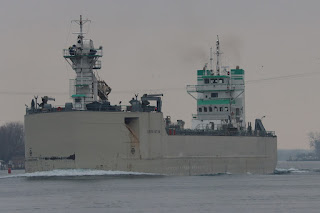 I've caught them a few times in Detroit as they were unloading. 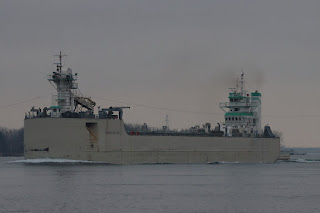 But it was pretty neat to catch them in action. 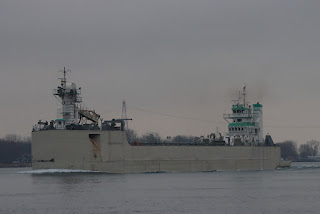 It is kind of a neat looking pair. 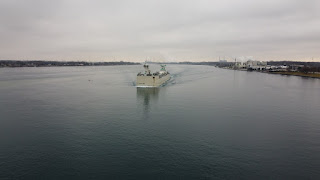 I had my drone with me, so I had to get pictures from the air. 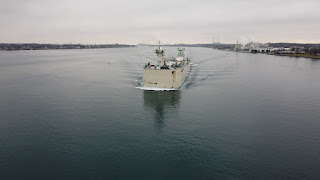 I didn't realize how cool of a wake pattern she had. 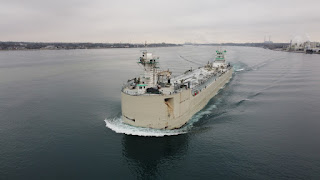 The water was pretty clear too. 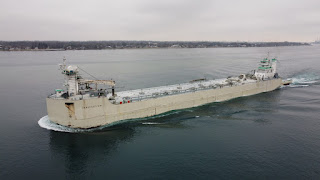 It was still enough, that I was getting some reflections too. 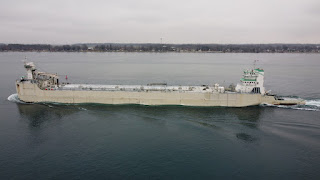 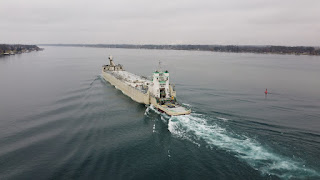 She passes by and you can see the wake a little better. 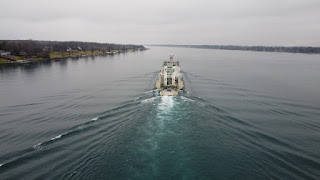 I can't imagine being on a fishing boat when this passes. 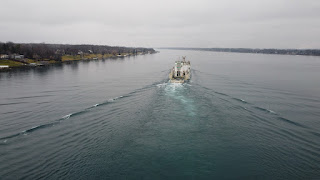