Life is Just a Fantasy

This is an old title but it is the only one that I can use for this ship. 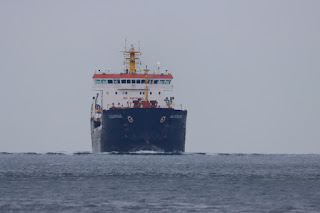 Aldo Nova was a Canadian band from the eighties.  They had a hit titled "Life is Just a Fantasy". 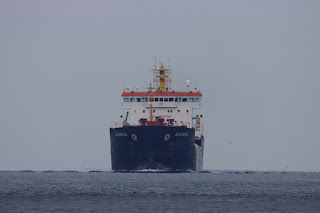 I think they had another hit but I don't remember what it was called. 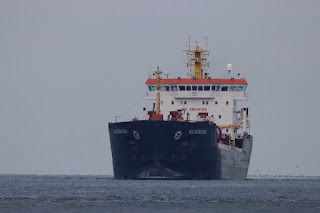 Anyway, this ship is called the Algonova. 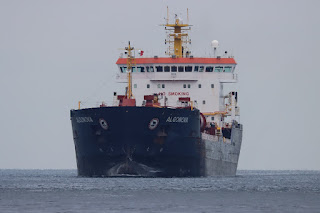 And I wish they would change the name of Aldo Nova. 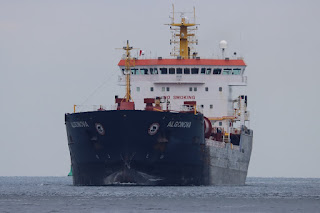 Anyway, she was heading back from Green Bay to Sarnia. 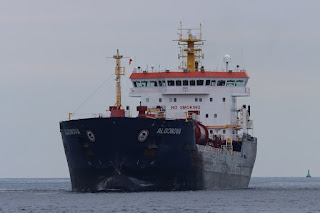 It was pretty nice to catch her. 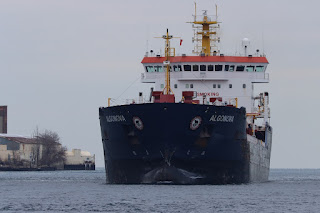 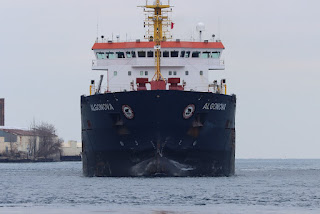 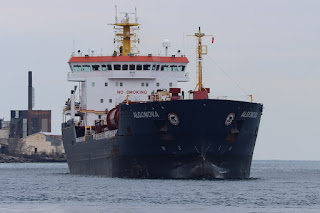 She makes the turn for the channel. 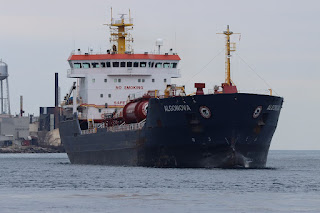 It seems like she was a little off from where I normally catch her. 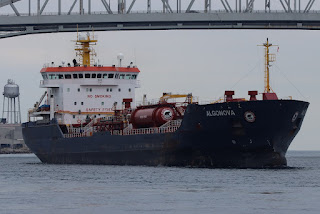 but I think that is because she would be docking  right after the turn. 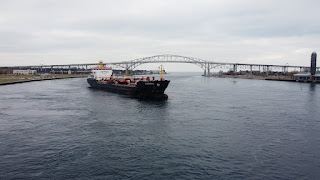 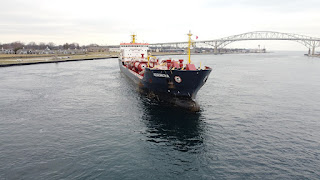 I kind of like this shot.  Especially the angle. 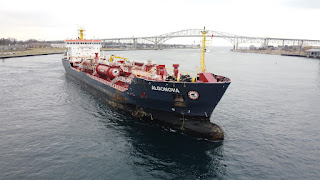 She makes the turn. 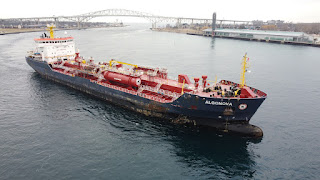 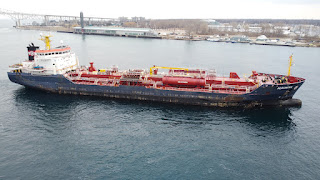 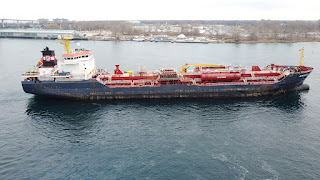 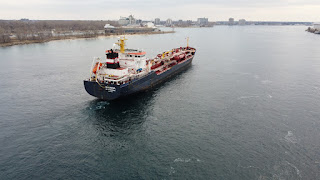 She continues down the river.  You can see the Kaministqua and Michipicoten in layup. 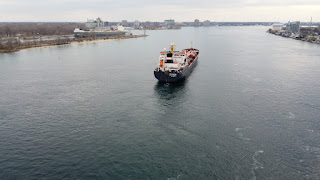