Last Trip of the Season for the Alpena 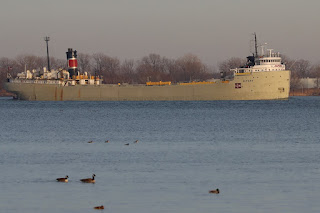 As I got to Belanger Park, there was a sign that said it was closed for construction.  I assume that means they are doing some repairs and renovations to it.  I'm not sure how long that will be.  At any rate, it meant I had to find another spot. 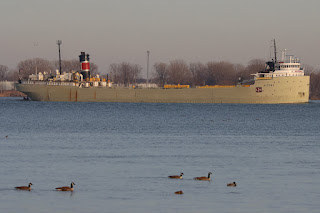 I remembered that there was a little park at the end of the Southfield Freeway that offered a view of the river.  It is named after John Dingell and it is in Ecorse.  Like so many of the parks in the area, people don't take care of it though, so it was a little on the messy side. 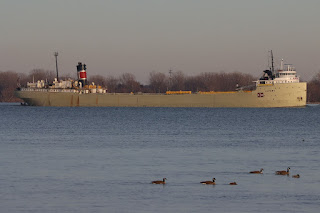 I also remembered it was pretty much just a beam shot but that was all I was going to get anyway unless I could catch her in Cleveland. 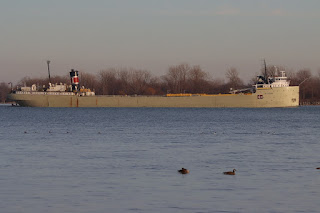 Anyway, the lighting was good and I was glad to get her. 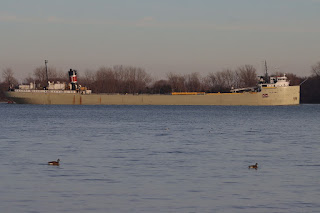 She was heading down from Alpena to Cleveland and I'm pretty sure that means it's her last trip of the season. 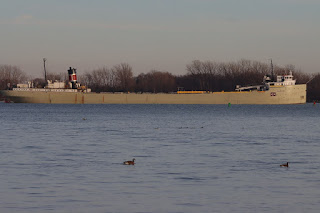 I think I saw that a couple of eagles live near this park.  I might have to check that out some day. 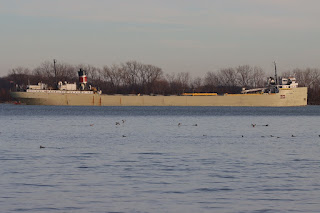 So until next season, see you later Alpena.