The Defiance/Ashtabula Starts off My Day

My posts are going to be slightly out of order but I will reveal why when I get to my last ship of the day (and consequently my last ship of the year).  When I post pictures of ships, I like to keep them together even if I see them in multiple places.  Anyway, the first ship I am posting from yesterday. 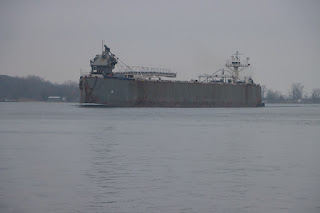 As I was waiting for one ship to pass, I saw that this ship was coming up. 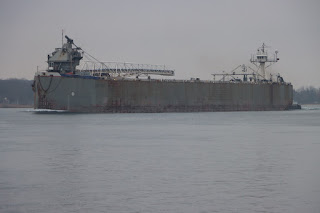 Well, it's not a ship but it is a tug/barge.  Since the tug and the barge pretty much stay together, I will consider them a ship. 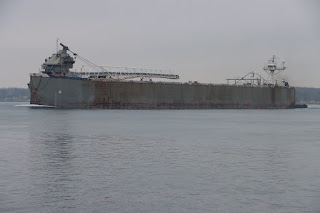 The Defiance/Ashtabula was listed on Marine Traffic as coming up from Detroit.  I'm not sure if that's entirely the case or she was just refueling in Detroit. 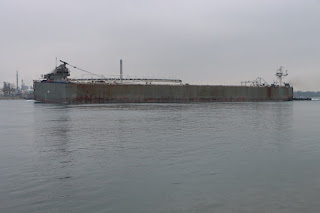 She might have been coming from Sandusky and delivering stone to Detroit. 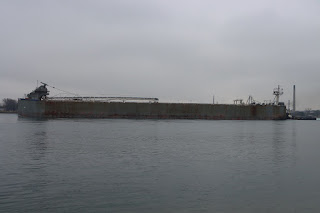 That seems to be the pattern of late. 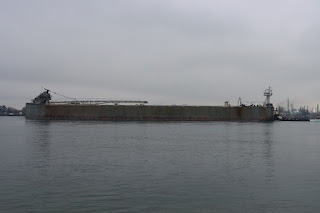 She is heading up to Superior but I'm not sure what she is picking up there. 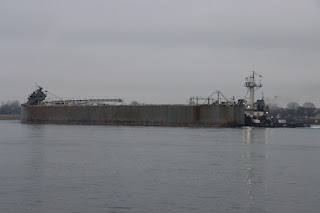 But I am pretty sure the season is winding down, this may be one of her last trips.