Catching Up With the Joseph L. Block

I thought it had been a while since I have seen the Block, but it turns out that I saw her in July.  At any rate, the Block coming down brought me out to catch her since she is one I don't see very often. 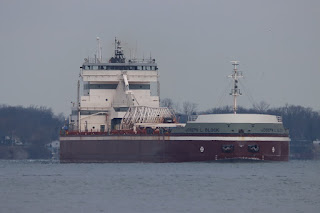 The Joseph L. Block was coming down to Toledo.  This is not a trip she takes very often but it seems like it is more often lately. 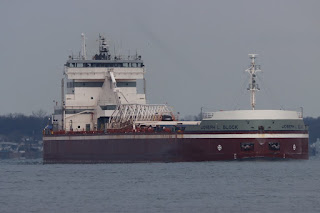 She was coming down from Duluth with a presume a load of taconite. 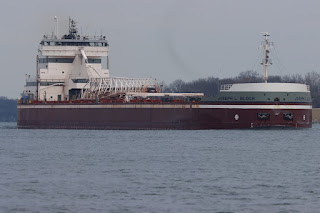 She is a nice enough looking ship. 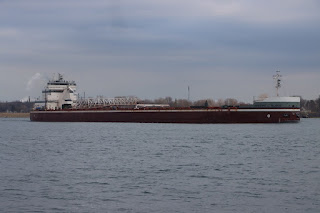 Here she is passing Marysville. 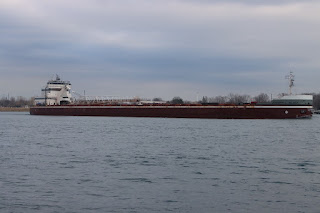 I didn't get out soon enough to catch her in Port Huron. 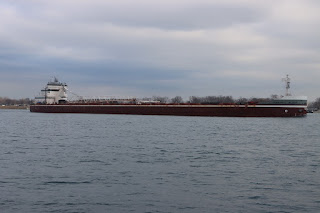 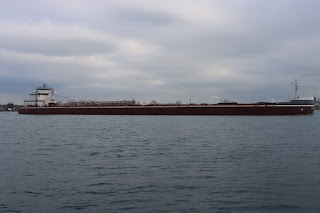 Plus I can get the beam shot. 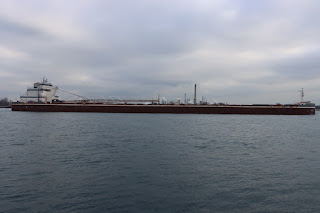 Rather, the beam shot. 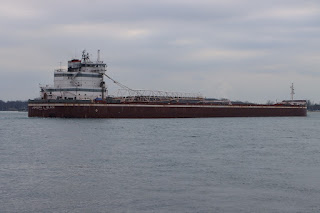 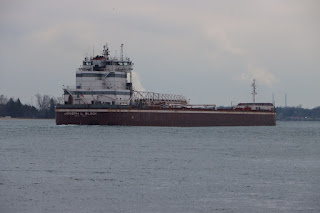 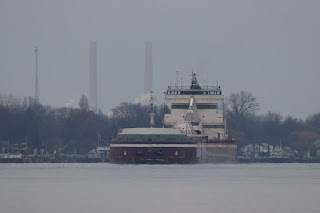 After catching the next ship, I was able to catch up with her again in Algonac. 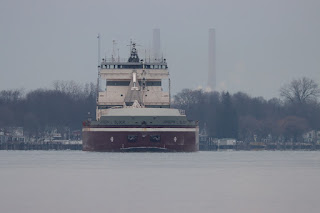 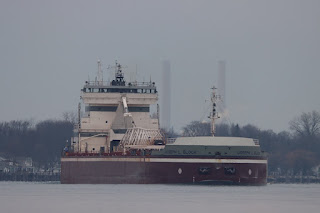 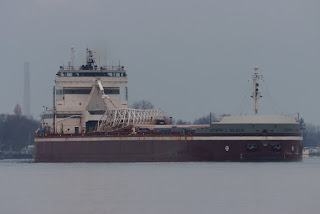 But still getting shots with my regular camera. 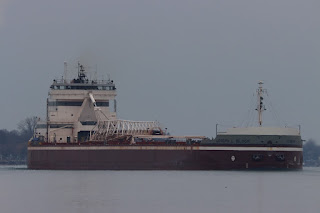 The shots are pretty nice over here. 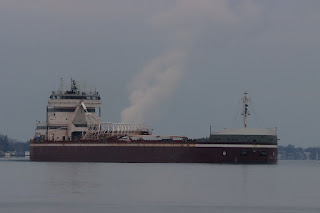 So I got a couple more pictures with my regular camera. 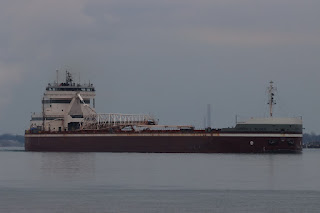 Just wish it wasn't so dreary. 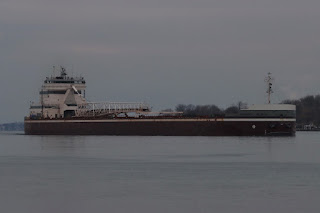 One more with my regular camera. 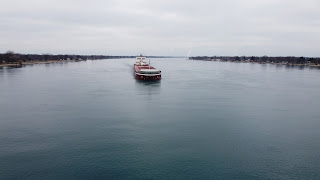 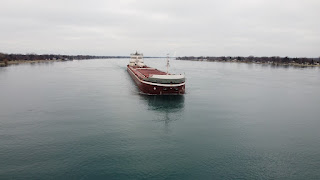 Other than the lack of light, it was a pretty good day for the drone.  It was calm out. 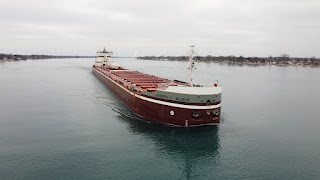 It didn't seem like it was too cold either. 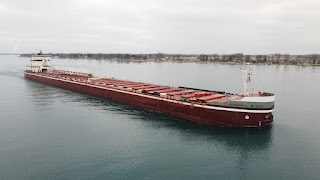 The Block continues past. 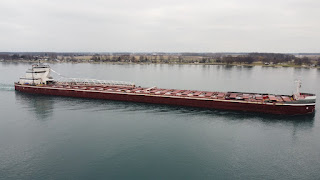 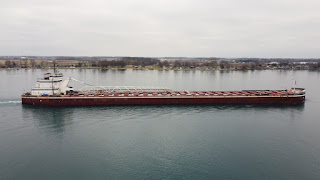 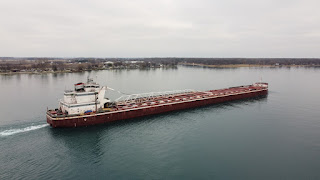 She continues down the river. 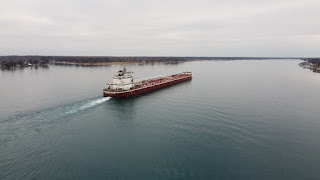