One More Trip for the Kaye E. Barker

It was a nice sunny day, so I took a look at Marine Traffic because I knew the shipping season was winding down.  The Welland Canal was closed last week and I think the Soo Locks close with the passing of the Stewart J. Cort later. 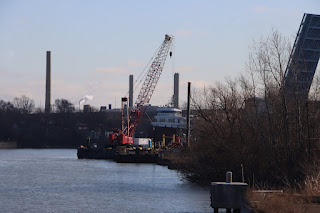 I saw that the Kaye E. Barker was coming down and she was heading to the Rouge River steel mill. 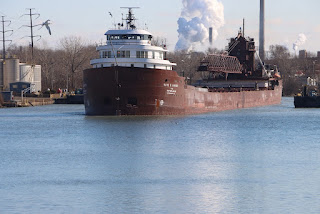 That means she was coming down with a load of taconite. 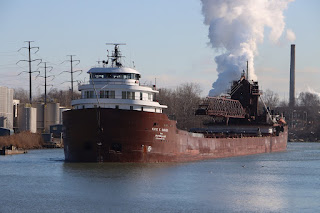 I saw the rising steam in the background, so I tried to place my shot so I could get it to appear like it was coming out of the stack.   This one wasn't bad. 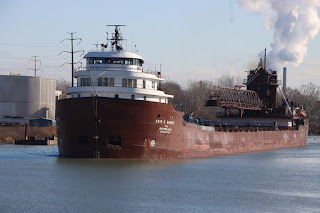 I think this one worked a little better.  I think it does look like the steam is coming from the stack. 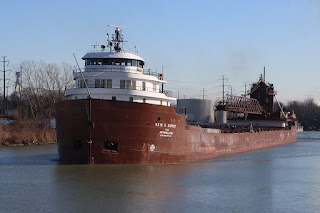 She comes up to the bridge. 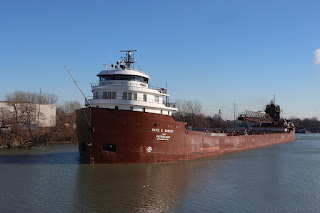 It was a pretty nice day but it was a little on the cold side. 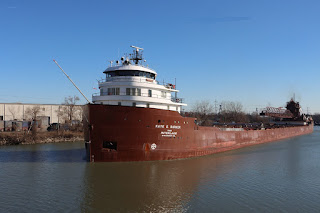 I kind of like this shot.  I think the Barker is a beautiful ship. 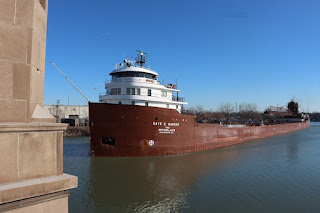 Kind of getting a little of the bridge in the picture. 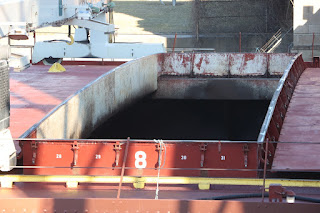 They were opening her hatches as they were heading up the river.   Something tells me they wanted to hurry this unload. 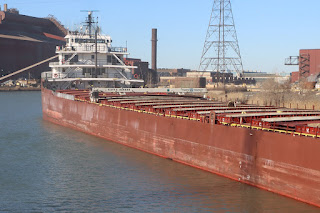 She starts to make the turn for the slip. 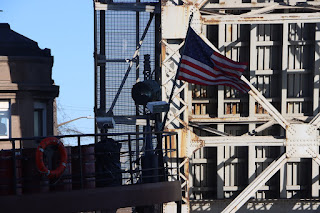 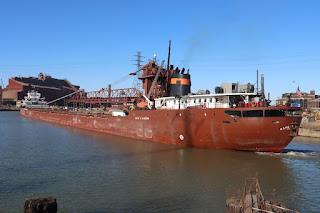 She continues her turn. 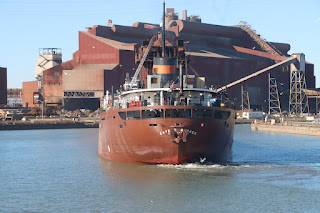 Probably my favorite shot on the Lakes. 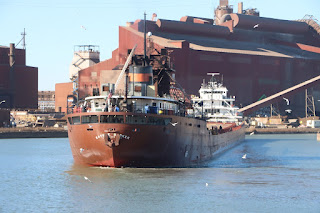 As I look at Marine Traffic, it looks like she heading for Erie next.  I presume that's for layup.