A Snowy Day at the Airport

So I was going to catch the Sykes today.  As I was watching her on Marine Traffic, I saw that she had stopped and turned around to dock in Marysville.  I heard that she was having the same issue that she was having early Friday morning.  Then I decided to head out to catch some other ships, as I was heading up on I-275, I saw someone that had spun out.  About five minutes later that person was passing me, so I decided I didn't want to deal with traffic.  I went back home for a little bit and then saw that I could catch a ship at Belle Isle.  I thought that was close enough to where I could go catch her.  As I got to 275 on I-94, I saw that there was a major accident on the eastbound side and there were a couple of cars on the side of the freeway on the westbound side.  I figured that any ships I would catch were not worth it, so I just stopped at the airport to catch a couple of planes. 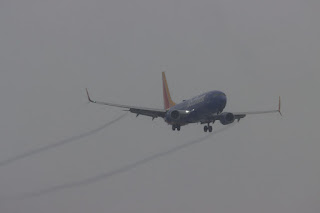 First up was a Southwest 737 coming in from Denver. 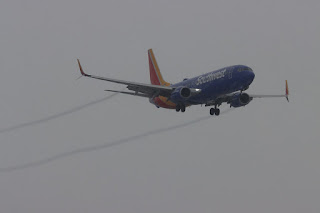 One of the reasons I like shooting in the snow or rain is the vapor trails that I will catch. 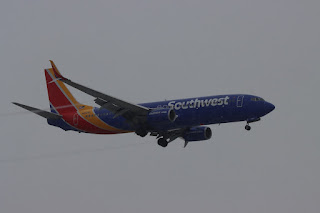 The 737 does vapor trails pretty well too. 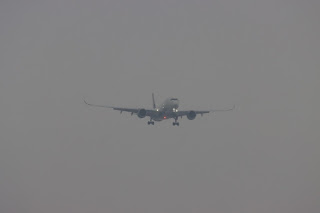 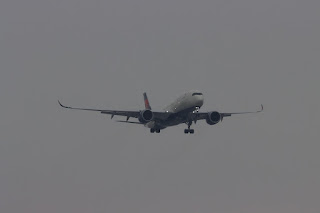 This particular one was coming in from Haneda Airport in Tokyo. 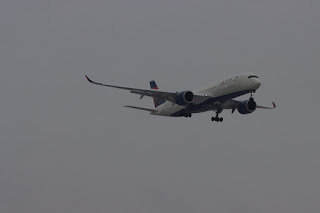 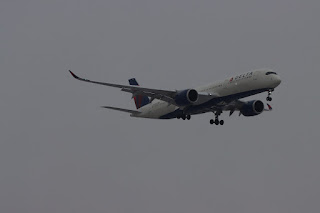 I'm not sure why. 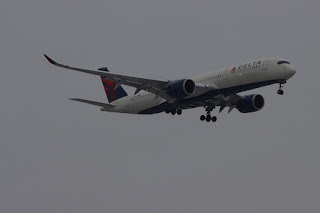 But anyway, it was cool to see an A350 since I haven't seen one in a while. 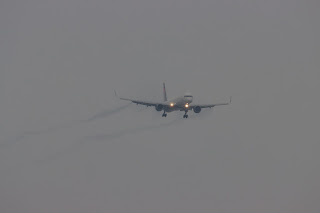 Next up was a plane that I was hoping to see. 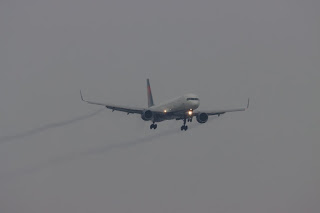 I'll have to say that the 757 does vapor trails pretty well. 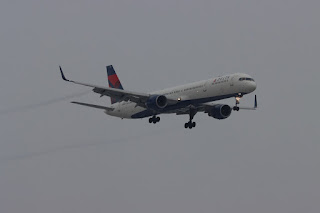 And since I like the 757, I took a couple more pictures. 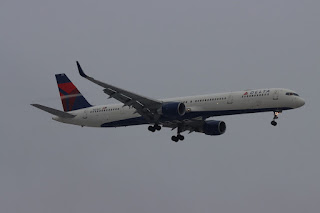 One more to show it in its fully stretched glory. 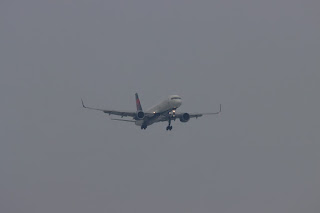 I headed over to the other side of the airport to catch the next plane. 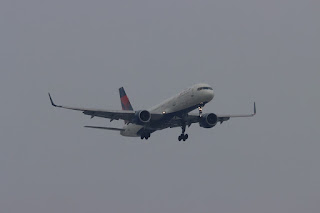 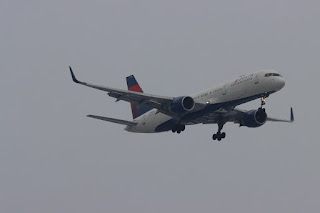 And it was coming in from Orlando. 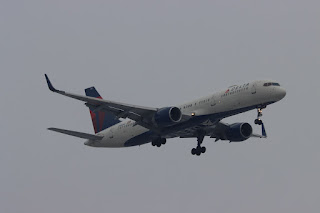 Imagine the shock for the passengers stepping into this weather. 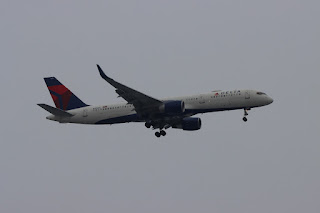 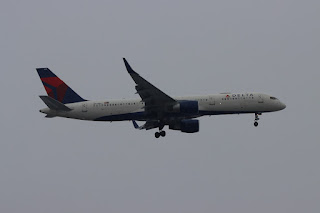 And one more because I like the plane so much.

It seemed like the snow was letting up and I was still thinking about heading down to Belle Isle.  As I got back towards I-94, that wasn't the case, so I just headed home.  Oh well.  Maybe there will be something stirring tomorrow.