I had one more ship.  I went down to Marine City because I thought I would cut down on the time to catch her.  That didn't work, so I was back at St Clair. 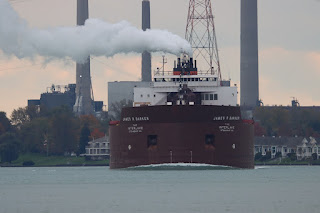 The James R. Barker was in Toledo.  I think she was delivering iron to the new iron mill there. 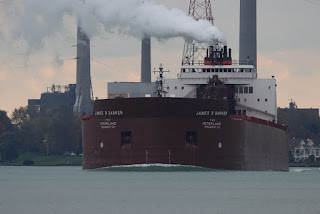 I didn't think I would catch her on her return trip but it turns out that she had to stop for fuel. 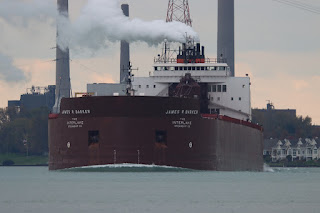 It seems like more ships have been stopping for fuel this year.  I wonder if they using less fuel to carry more cargo. 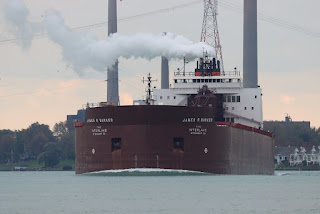 With the lake levels where they are, I can imagine the ships trying make hay while the sun shines. 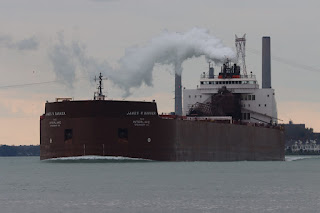 I think she was heading back up to either Duluth or Two Harbors. 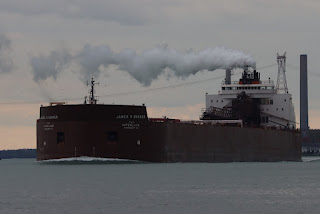 She heading down to Indiana Harbor as I type this.  That means she is loaded with taconite. 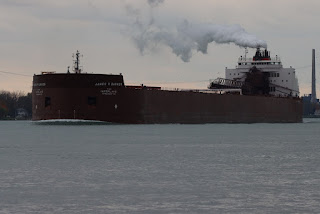 She is delivering to the steel mill there. 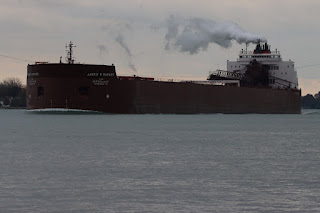 One more shot with my normal camera. 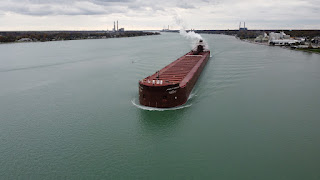 I had to get drone shots. 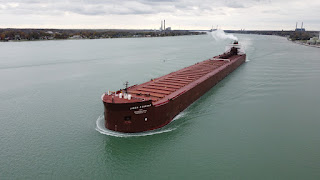 One thing I like about drone shots is that it makes the 1000 footers look that much bigger. 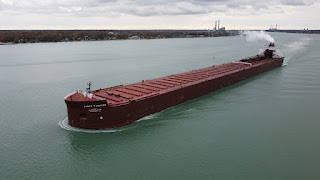 She continues one her way. 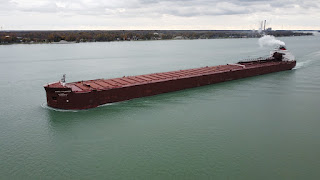 I think this is my favorite angle. 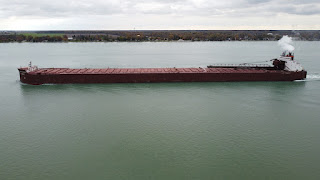 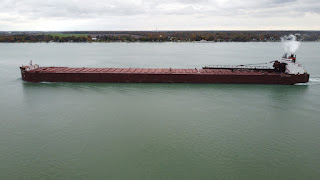 One more sort of beam shot. 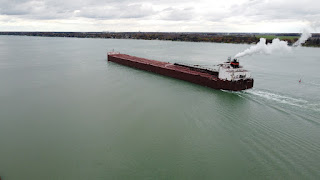 She heads up the river. 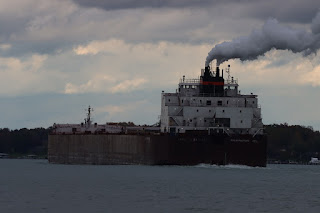 A stern shot before heading on my way.  It also seems like river traffic is down this year.  I haven't had as many multi-ship days as in the past.