I decided to take a half day off today.  I wasn't sure what I was going to do and then I saw that the Frontenac was heading down.  I knew that I wouldn't be able to catch her at Belle Isle.  I was hoping to catch her at Belanger but I only caught her stern.  So I headed to Grosse Ile next. 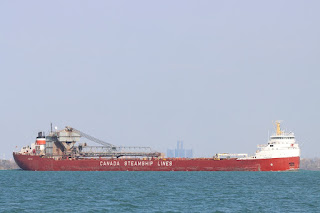 I actually thought the downbound ships would pass closer to Grosse Ile but I guess I was wrong.  It's not a bad shot though.  You can kind of see the Detroit skyline in the back. 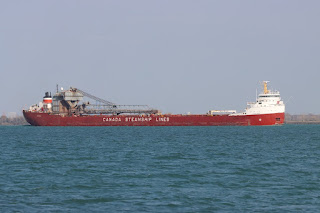 She was heading to Port Colborne.  I'm not sure what she would be carrying though. 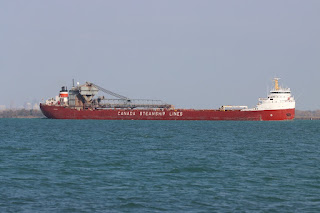 That's at least close enough that I might be able to catch her again. 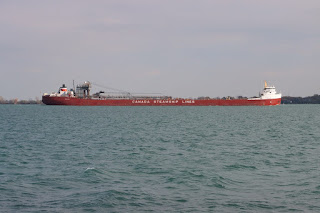 The beam shot with my regular camera. 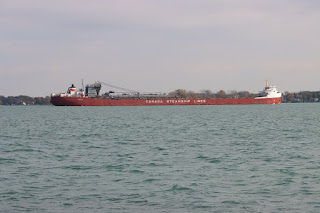 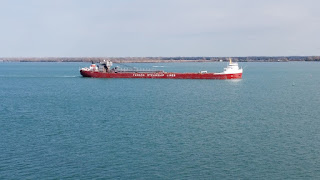 I thought I would be able to use my drone but it seems that she was too far out.  I had to crop this a bit. 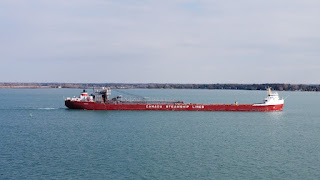 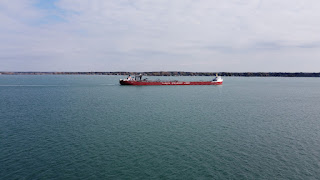 Uncropped.  I love how little she looks on the river.