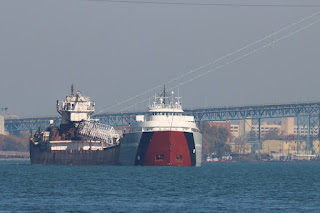 It has been a while since I've got the Anderson underway, so I was happy to do that. 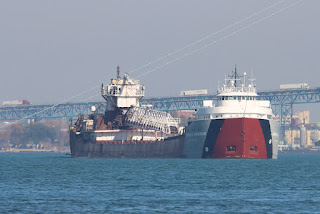 She was heading down to Conneaut, Ohio. 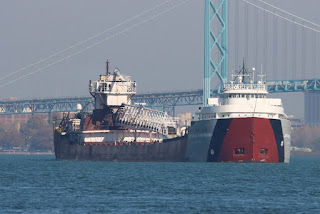 I assume that she was carrying taconite. 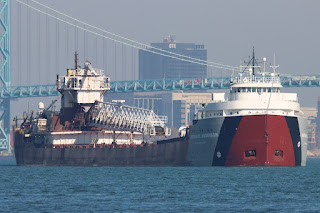 She has been pretty busy lately but it seems like she has been busy on Lake Michigan and hasn't been coming this way that much. 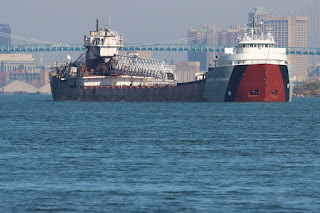 It was nice to see her. 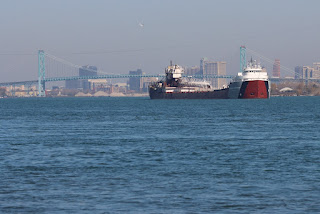 I pulled out the camera a bit to get more of the skyline. 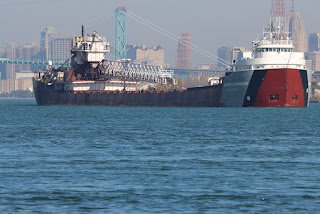 I had to get lots of shots of her. 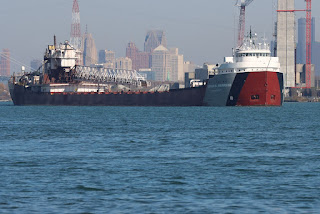 Fortunately, the lighting was good enough. 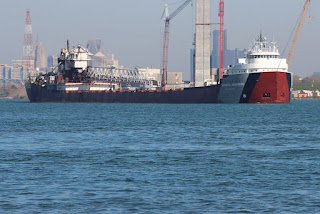 She passes the pylon for the Gordie Howe Bridge. 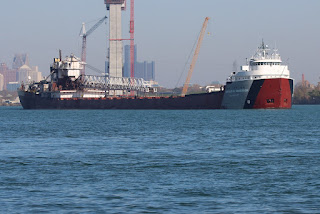 If that pylon wasn't there, this would be a pretty nice shot with the Ren Cen. 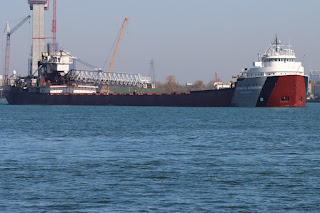 One more shot before switching to my drone. 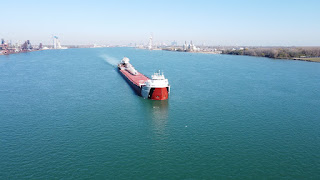 And I switched to my drone. 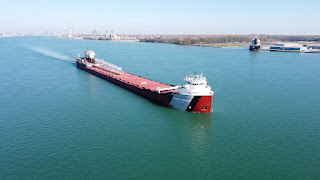 Again, it was pretty calm. 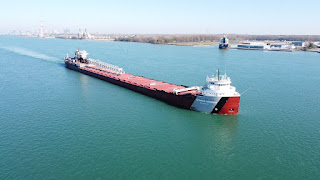 That made for some nice pictures. 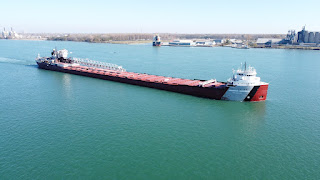 Almost got some nice reflections. 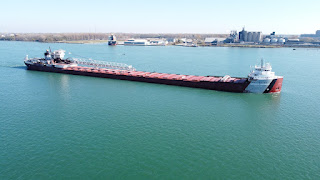 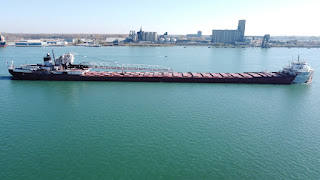 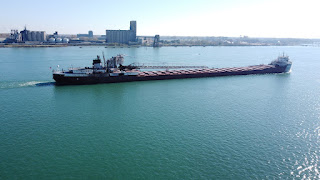