I was hoping to catch more ships but as I said in the last post, I passed two of them on the way to catch the Barker.  After getting pictures of the Barker, I headed back to Port Huron.  The one ship was already well onto Lake Huron.  The other was at the mouth of the river, so I knew I wasn't going to catch her. 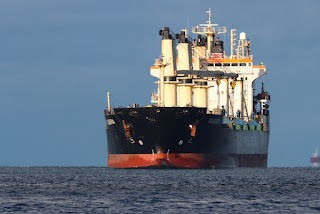 The Isadora was about an hour out when I arrived at the park. 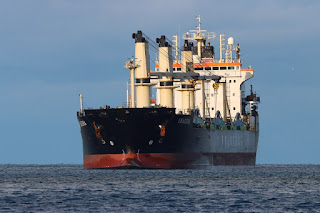 I'm not sure where she was heading down from because that is gone from Marine Traffic.  It currently shows her origin port as Port Colborne but I know that is not correct. 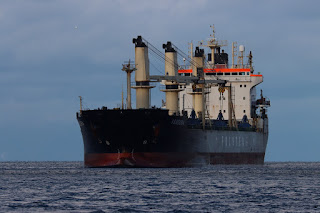 She is heading up to Les Ecoumins which is up in the mouth of the St Lawrence River. 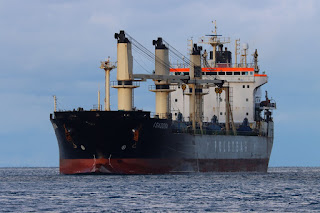 I am guessing, she is going to pick up something there before heading back to Poland. 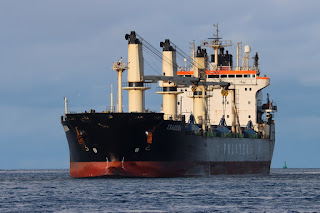 At any rate, I think it's cool when I see salties. 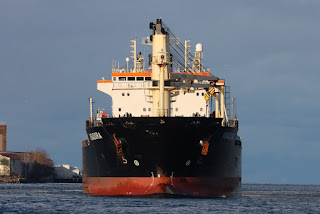 For the most part, it seems like Polish Steamship takes care of their ships. 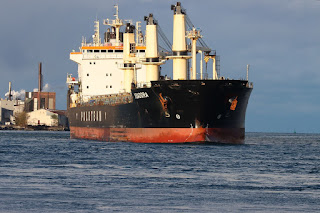 I just see the usual wharf scraping but they are usually painted pretty well. 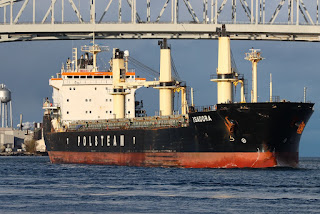 She makes the turn for the rest of the St Clair River. 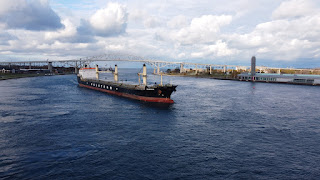 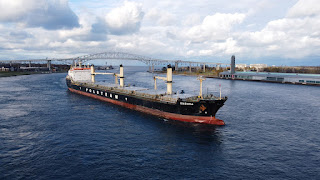 It was a little windy out but the sun was pretty nice.  I didn't realize this was proceeding today's weather. 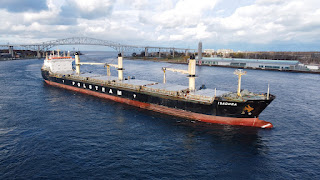 I wish I would have gotten my drone a little higher but it was yelling at me. 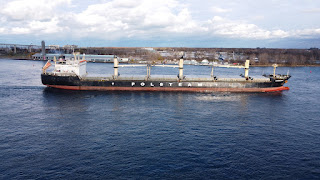 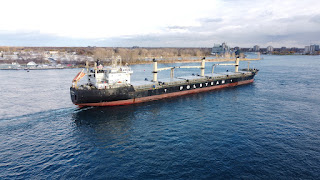 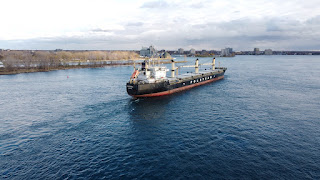 According to Marine Traffic, she will be at her destination on Wednesday.  If she left from Duluth, that means her trip is about 5 days long.  If she is going to her foreign port, that is roughly 2 weeks.