The Algoma Equinox Makes an Appearance

It wasn't too long before the next ship appeared. 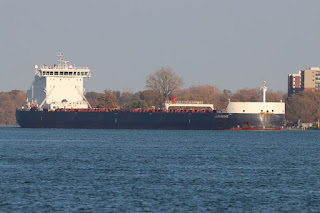 The ship in question was the Algoma Equinox. 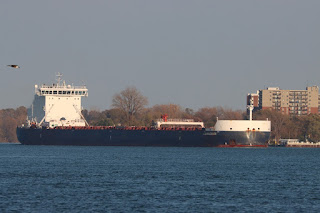 A Canada goose appears in this shot. 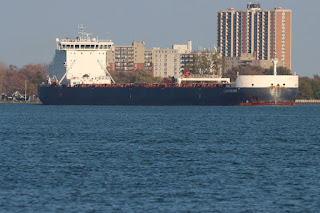 The Algoma Equinox was heading to Baie Comeau which is up near the mouth of the St. Lawrence River. 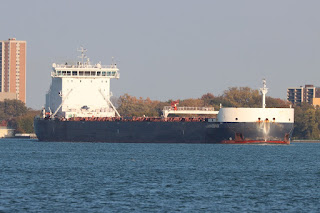 As such, I believe it is in brackish waters and explains why some of the Canadian ships have more rust than many American ships. 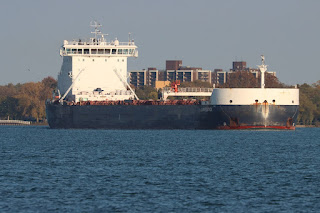 I think she was coming down from Thunder Bay. 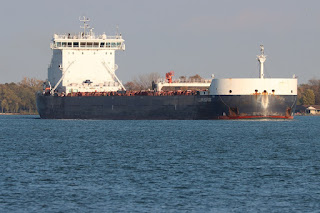 Based on where she was going and her configuration, she is likely carrying grain. 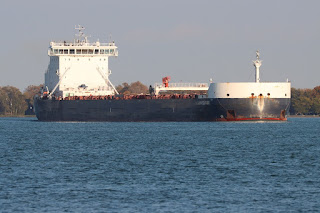 I think Baie Comeau is one of the trans-shipping ports. 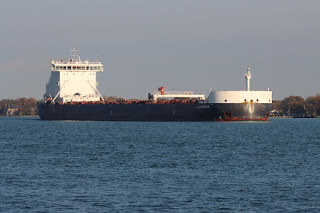 Ships like the Algoma Equinox will take grain there and other ships will pick it up to carry it to Europe and Asia. 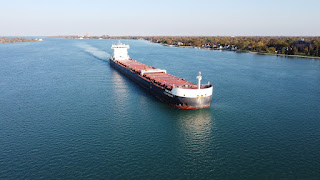 I took my drone up.  You can see hints of fall color in the background. 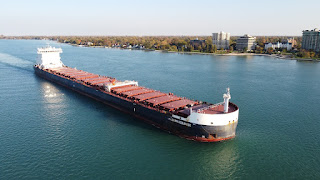 Things are much closer here, so I can get better pictures with my drone.  I'll have to say that this is my favorite angle. 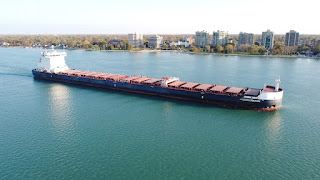 She starts to pass by. 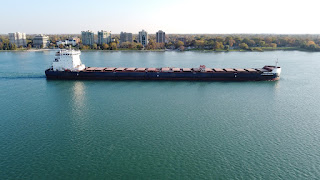 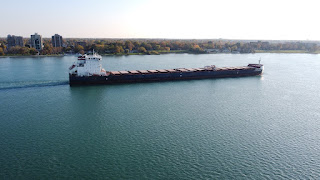 It was a bit on the chilly side, so I didn't stay to take any pictures after this one.  I'm not usually a fan of stern shots anyway.