I had one more ship to catch. 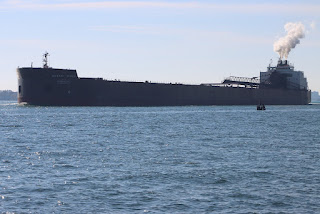 The Mesabi Miner was coming up from Cleveland but she had to stop for fuel.  I saw her at the fuel dock while I was taking pictures of the other ships. 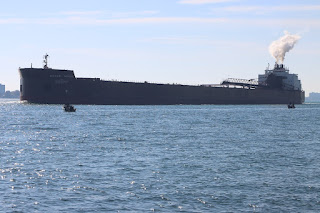 I noticed that she had slipped away while I was taking pictures of the Anderson.  I didn't think that I could catch her at Belle Isle. 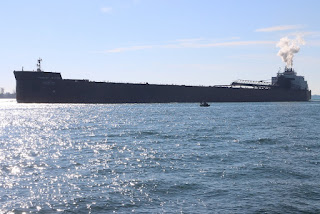 Since she was heading upbound, I figured I could catch her at Windmill Point. 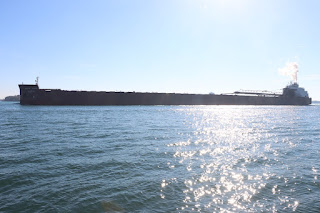 The only problem was that I would be shooting into the sun. 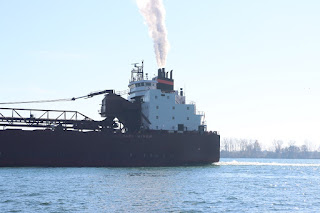 I couldn't get all of her for the beam shot. 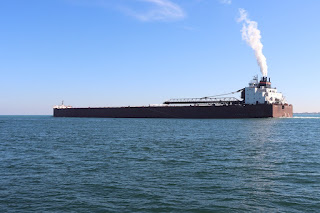 And the lighting was better as she passed.