Catching a Train Near Hamler, Ohio

So on Saturday, I decided to go covered bridge hunting in Ohio.  I saw that there were quite a few in the areas just west of Dayton.  I took my mom with me and ended up taking some of the Ohio back roads to get down there. 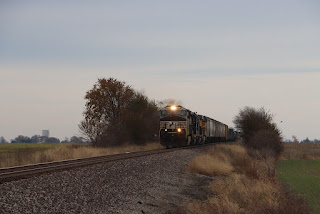 I ended up taking Ohio Route 109 heading south.  That took me through Hamler, Ohio.  Hamler, Ohio is the town that is immediately to the west of Deshler.  But it turns out that I was south of Hamler when I took this picture. 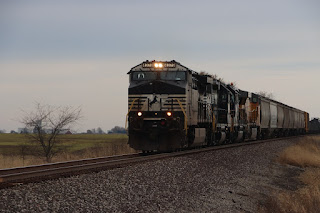 Especially since this is a Norfolk-Southern train and the line that runs through Deshler is a CSX line. 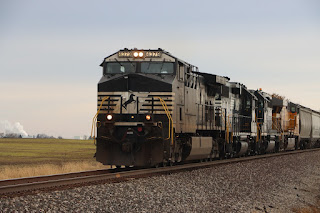 This spot was right next to an airport. 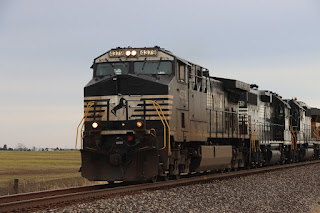 Anyway, it was kind of neat to see a train in a different spot. 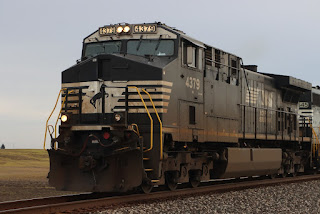 Even if it is the same looking train. 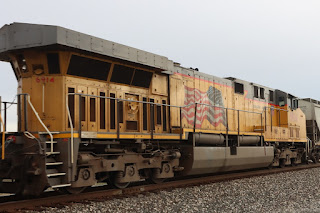 But then I caught a Union Pacific engine on it.  That is pretty cool because I like this livery. 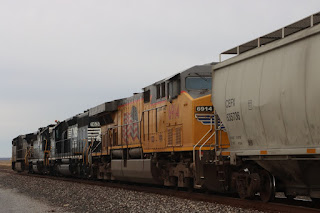 And one more shot before moving on.