The Honorable James L. Oberstar on the Rouge River

So yesterday I thought that I would be catching the Sykes as she headed up the Rouge River but she had an incident near the Blue Water Bridge.   Then it seemed like the timing for everything else was just off.  As I was getting ready to pass on the day, I saw that the Oberstar was coming up the Rouge River.  I decided that I would head over there to get pictures of her. 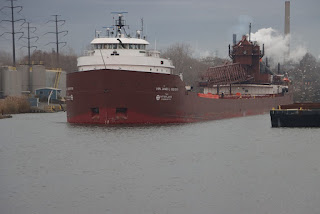 The Oberstar was coming down from Marquette which meant that she had a load of taconite.  I think there is a heron passing in front of the pilothouse. 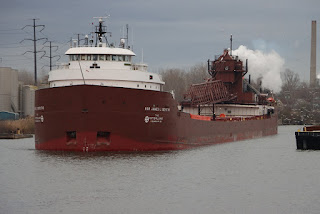 She was delivering that load to the AK Steel Mill in Dearborn. 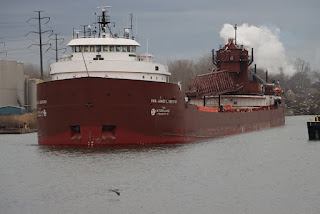 It was pretty cold yesterday and that made for some nice steam coming out of the stack.  There is a heron at the bottom of the picture. 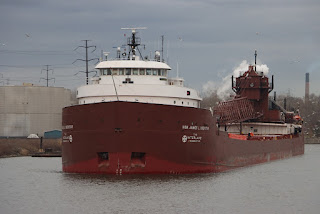 The Oberstar was moving fairly slowly but that is fairly normal for ships going up the Rouge. 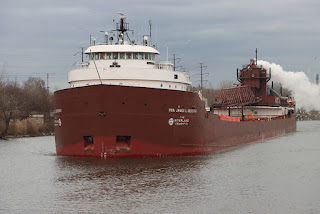 It was pretty nice to catch her because she is one of the classic lakers. 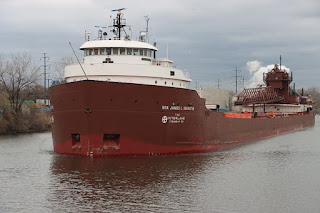 I really like the Rouge as a backdrop.  The ships are fairly close. 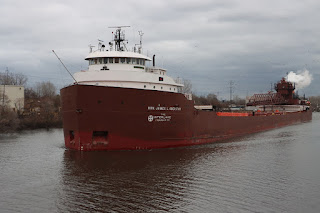 The backdrop has some interesting things but it is not too obtrusive. 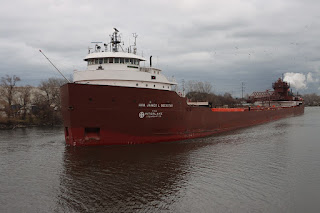 She gets closer to the bridge. 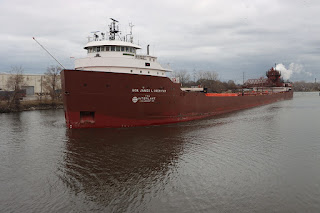 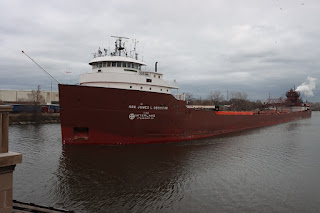 She gets pretty close to the bridge.  Normally I would take pictures as she makes the turn for the steel mill but it was pretty cold yesterday and I didn't feel like staying outside any longer than I had to.