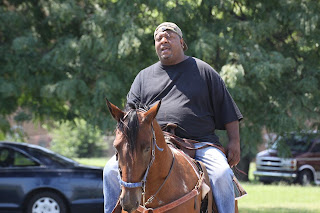 Detroit is a city and as such, you expect to see many strange things. One of the things I didn't expect to see was people on horseback. But it was still pretty cool nonetheless. 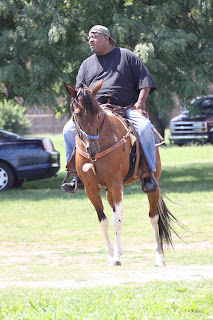 I think they are part of a group. 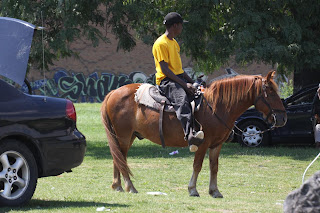 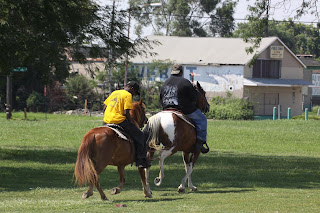 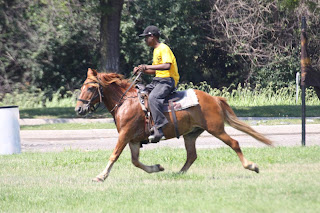 I wish this shot weren't as blurry though.