I decided to head over to Cleveland yesterday, I wanted to catch a ship in layup.  I ended up taking Ohio Route 2 because it doesn't seem to be any slower and it's a nicer drive that the turnpike.  That of course meant a stop at Magee. 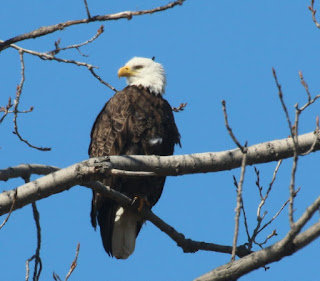 Surprisingly, the eagle was out at the time I visited.  Usually they are out early in the morning or just before sunset.  This one appeared to be watching over the nest area. 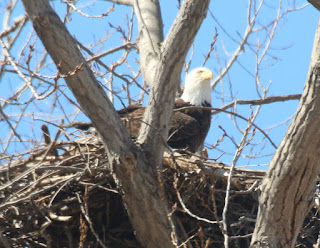 As I was by the nest, I saw the mother peak out.  I think she was tired of sitting on the eggs. 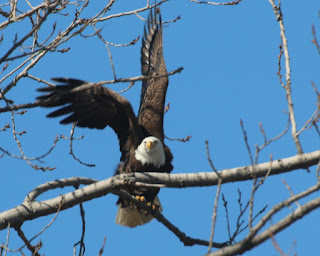 That meant dad had to come over to the nest. 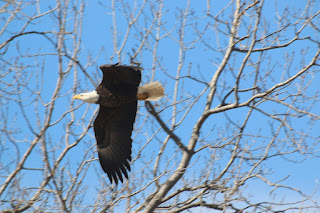 I didn't get a great shot of him flying though. 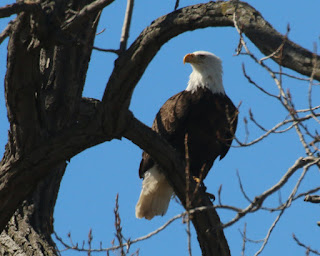 I got a cool shot of mom though.
Posted by Mikoyan at 6:47 PM