The Sunset in South Haven

I thought I was going to go to St. Joseph after Grand Haven.  It was getting late though and I wanted to catch one more lighthouse. 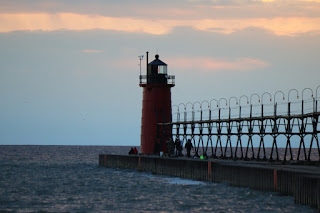 The sun was starting to set as I was about to pass South Haven, so I decided to stop there. 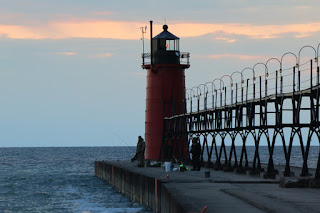 Sadly, there was some low cloud cover, so I didn't get the full effect of the sunset.  However, I can't complain too much because I was able to get some pictures of the lighthouse. 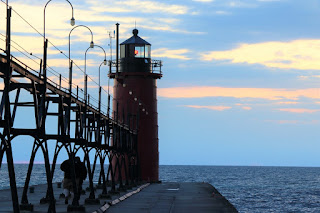 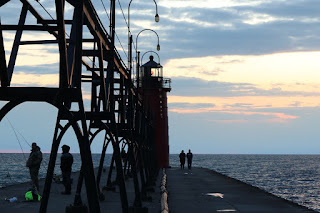 The sky was still pretty though and the lighthouse was mostly deserted. 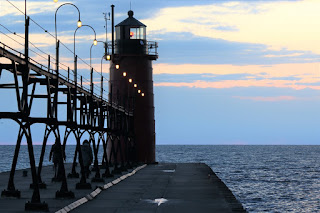 I think I had to mess around with this one for a bit. 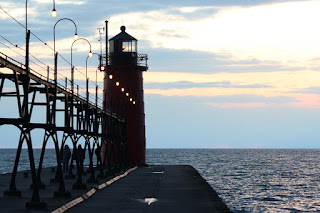 I love the reflections on the water. 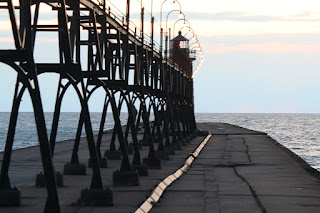 I wanted to try to get the vaunted curve with the catwalk lights. 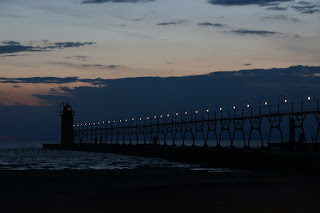 One more shot before heading home.

While I am getting better, I am still not quite 100% better yet.  I think I was pushing it a little too much yesterday on my whirlwind.  Most of it was driving though, so I guess that wasn't too bad.  I'm sure things will get better as I get better though.
Posted by Mikoyan at 7:51 PM