I ended up taking back roads and ended up at Lake Erie Metropark.  I thought I heard they had an eagle's nest there.  I didn't see any eagles, but I did see some ducks. 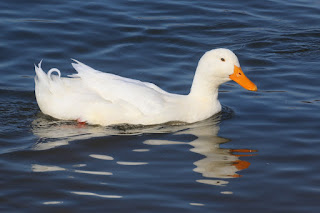 I wasn't sure what kind of duck this was, so I looked it up.  It turns out that it is a Pekin Duck.  It is mostly used domestically and was brought here in the nineteenth century from China.  I thought it looked kind of cool. 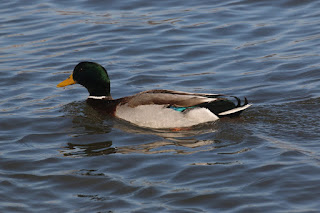 This of course is a mallard. 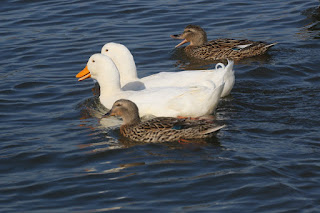 A group of ducks.  I think those are female mallards.  One of them was squawking about something. 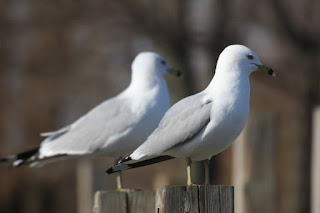 A pair of gulls. 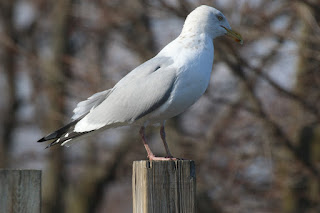 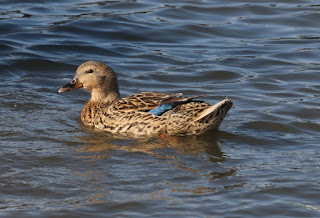 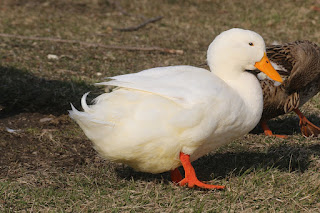 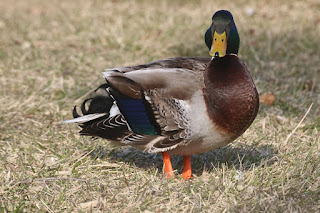 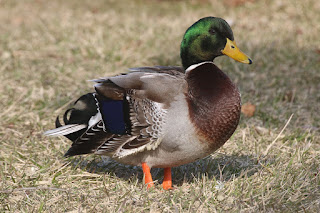 It almost seemed like he was posing for me. 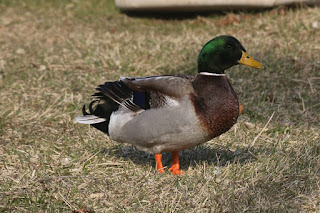 One more shot before moving on.
Posted by Mikoyan at 7:25 PM