So I decided to head down to Magee today.  While I was in the area, I stopped at Ottawa National Wildlife Reserve.  I was hoping their driving tour was open.  It wasn't.  I heard that they had a couple of owls, so I decided to wander over where I heard they were.  They weren't.  But I got a couple of other pictures. 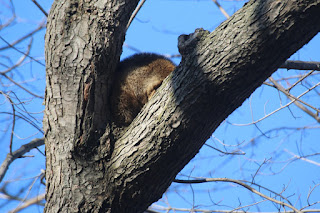 I have no idea what kind of animal this was.  It had an unusual coloration and if I didn't know better, I'd almost say it was a wolverine.  But there is no way that a wolverine would hang around in Ohio. 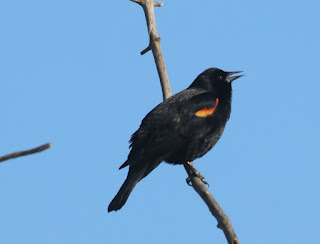 This is definitely a red winged blackbird.
Posted by Mikoyan at 7:03 PM