Missing the Dreamliner...But Catching Other Planes

I wanted to catch the Royal Jordanian 787 as today was the last day that I could catch until it switches schedules.  When I checked this morning, I thought it was going to arrive a little after 10:30, so I left accordingly.  As I passed the airport, I saw that it had already landed and was at that gate.  It turns out that it arrived at about 20 minutes earlier.  Oh well, I was at the airport, so I figured that I might as well catch some other planes. 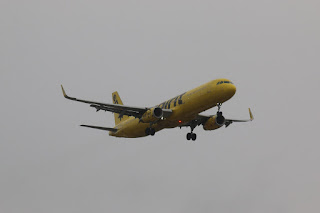 First up was an A321 belonging to Spirit Airlines.  I like that fact that I got a beacon show.  It was arriving from Fort Lauderdale. 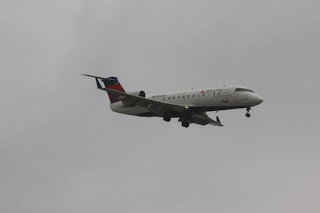 Next up is a CRJ-200 arriving from Toronto.  I think the CRJs are nice enough looking planes but I see way too many of them. 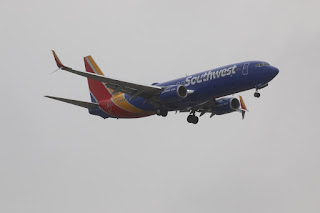 It was followed fairly closely by a Southwest 737 arriving from Atlanta. 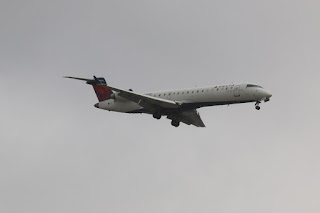 This CRJ-700 belongs to ExpressJet which is a regional airline that serves Delta.  Their call sign is Acey.  This particular plane was arriving from Norfolk. 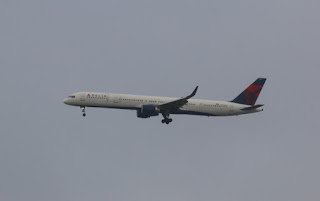 The first 757 I saw was coming from Orlando. 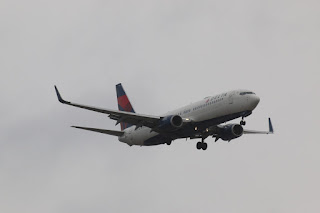 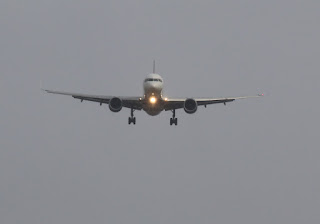 I decided to head over to my other spot to catch some planes.  They were coming from the west.  First up was a 757 arriving from Atlanta. 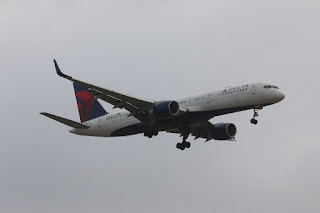 I love this plane. 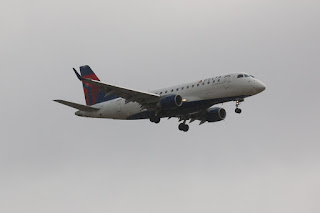 I can't make out the tail number for this plane, so I'm not sure which one it is. I think it's an ERJ though. 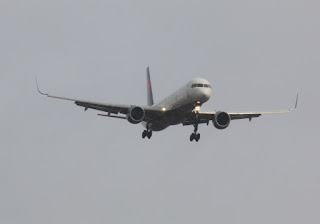 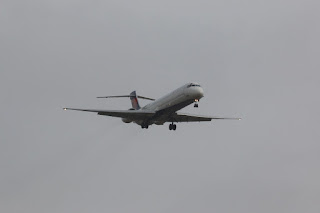 An MD-90 arriving from Baltimore. 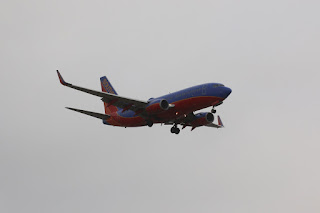 Another plane that I didn't catch the tail number for.  But it was Southwest 737, if I were going to guess I'd say it came from Midway. 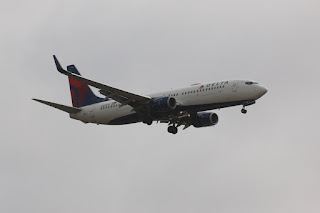 A Delta 737 arriving from Minneapolis. 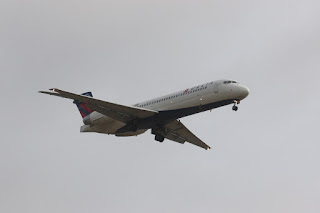 Apparently this plane is special.  It has a tail number of N717JL.  It was the 50th 717 acquired by Air Tran Airlines.  The JL at the end of the tail number was for its CEO Joe Leonard.  When Delta bought it, they kept the same registration number.
Posted by Mikoyan at 7:39 PM