The Oldest Freighter on the Lakes

With the barging of the St Mary's Challenger, the Alpena is now the oldest self powered freighter on the Great Lakes. 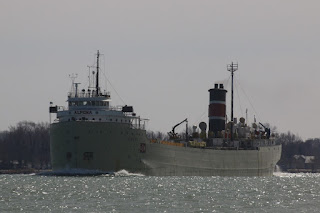 The Alpena was born in 1942 as the Leon Fraser.  In 1991, she was shortened and converted to a cement hauler. 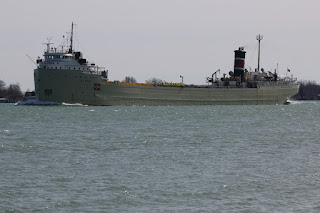 A couple of years ago, there was a scare as she had a pretty serious fire during layup season.  It turns out that they were able to repair her. 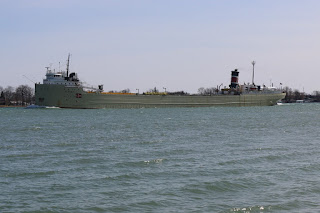 She's a pretty nice looking boat at any rate. 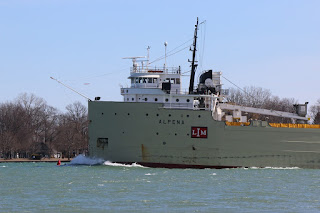 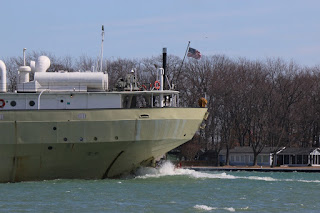 A shot of her stern with the Stars and Stripes flying. 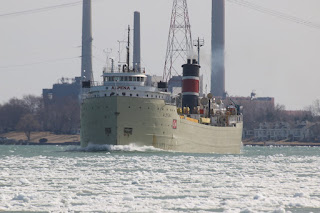 I decided to head up from Marine City to St Clair.  I like the views better here.  It's amazing how much more ice there was here. 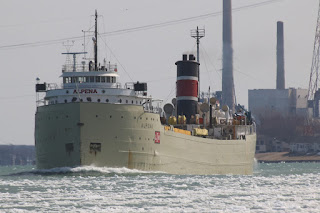 It almost looks like she is  trying to break through the ice but as far as I could tell, the main channel was pretty clear. 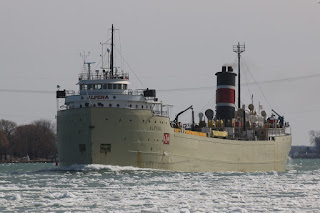 The lighting for me was just about perfect and she is pretty ship. 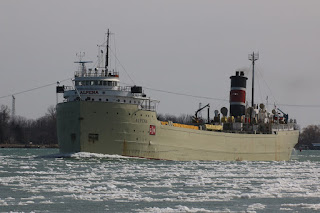 It looks like her owners take pretty good care of her and because the water of the lakes isn't as corrosive as salt water, she could probably go for another 75 years.  That would be amazing. 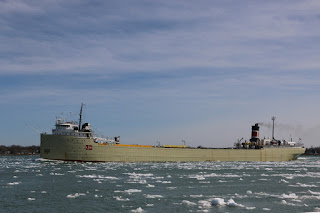 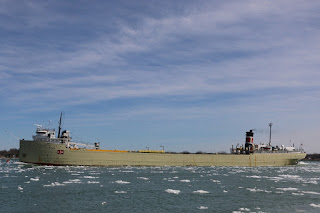 And another because I like it so much.
Posted by Mikoyan at 8:15 AM