The Algosteel has been keeping busy doing salt runs.  Admittedly, it hasn't been that tough of a winter.  I've been trying to catch her because this apparently is her last season. 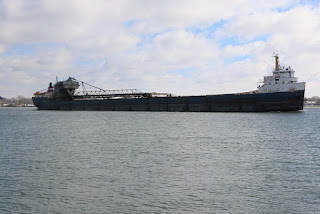 She was returning to Sarnia from Milwaukee.  I was hoping to catch her in Milwaukee but the timing wasn't working out for me.  Fortunately, I was able to catch her today. First I caught her from the Fishing Pier on Belle Isle but I got a slightly later start than I hoped, so I didn't catch her where I wanted. 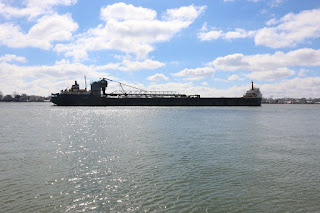 Still I think I got decent pictures of her. 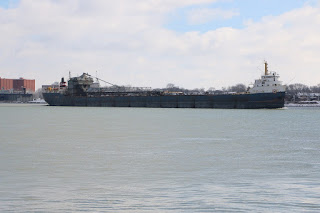 Then I decided to go catch her at Milliken State Park.  I didn't have much time to catch her though as it seemed like she was moving faster than she normally does. 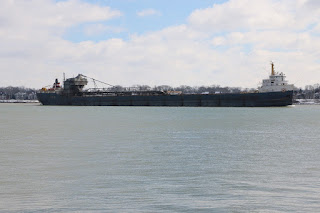 Anyway, I couldn't pass up another opportunity to catch her. 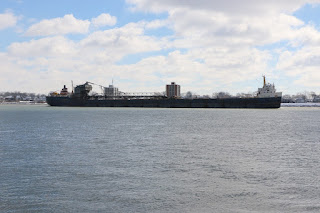 I'm hoping that I can catch her on her return trip.
Posted by Mikoyan at 6:49 PM