The Icebreaker Mackinaw and the Moon

I figured that while I was up in Mackinaw City that I would also get some pictures of the old icebreaker the Mackinaw.  Little did I realize that the moon would be at the right angle for the pictures. 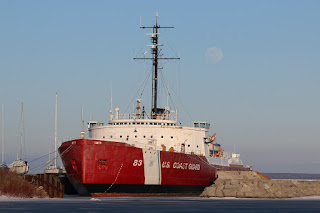 The US Coast Guard Cutter (USCGC) Mackinaw was built by the Toledo Shipbuilding Company in 1944.  She was designed for icebreaking duties on the Great Lakes and was built so that they could continue delivering iron ore during the winter.  At the time she was built, she was wider than the St. Lawrence Seaway, so she would never leave the Lakes. 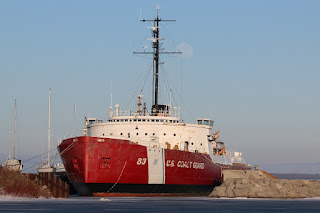 She served well on the Lakes until 2006 when she was retired and converted to a museum.  She was replaced by a cutter of the same name on the same day she was decommissioned.  It think part of the terms was that she was to be kept in a condition that she could be operated until 2016. 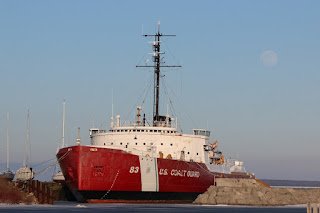 Now she just sits as a museum ship. 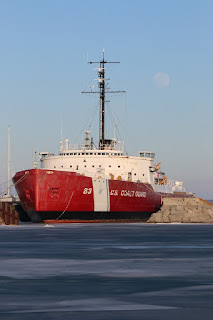 I liked the way the moon was behind her though. 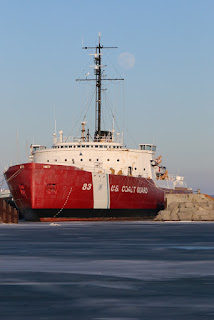 One more shot before heading home.
Posted by Mikoyan at 4:01 PM