The Algosteel was being followed pretty closely by another vessel. 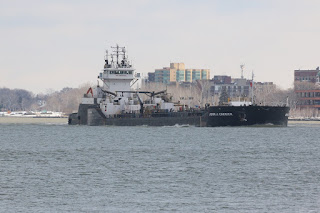 Of all the times I've caught this ship, I never realized that her tug was named the Leo A. McArthur.  She was built in Penglai, China with her barge, the John J. Carrick. 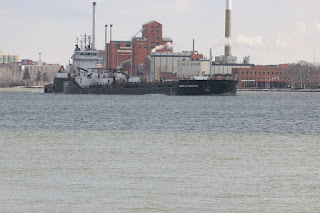 The pair was completed in 2009 and are owned by the McAsphalt Marine Transportation Company out of Toronto. 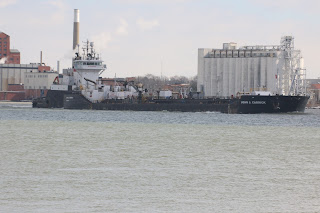 She was heading to Nanticoke.  I presume she is carrying asphalt, but I'm not sure. 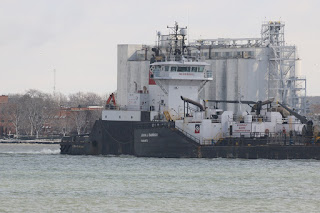 A close shot of her tug. 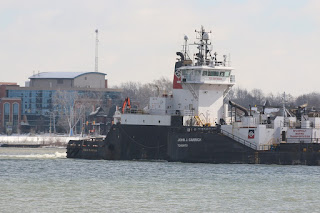 One more shot of the tug before moving on.
Posted by Mikoyan at 6:58 PM