Opening Up With the CSL Welland

At 12:01A.M. this morning, the Soo Locks opened with the passage of the American Century.  I was seriously entertaining the idea of going up there but it is still pretty cold up there.  However, the opening of the Locks means that ships are starting to stir on the Great Lakes.  Since that was the case, I decided to head up to Port Huron and other places to catch some of them. 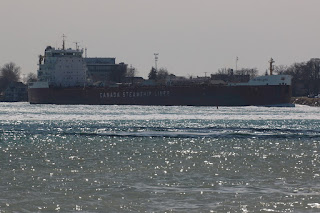 First up was the CSL Welland.  I'm not sure where she was heading from but I know that she is heading to Thunder Bay.  I'm guessing that she will pick up some sort of grain product. 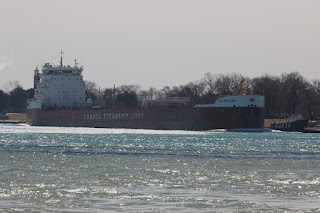 She is one of the Chinese built ships that was brought to the Lakes a few years ago. 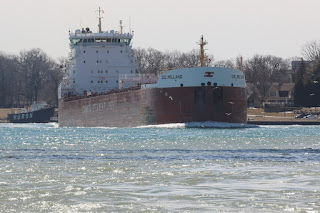 It seems that she is holding up pretty well, despite some of the wharf rash on her sides. 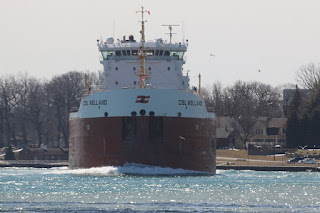 One of the things I like about Port Huron is that I can get a headshot there. 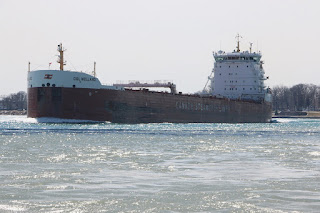 But I think I like the three quarters view better. 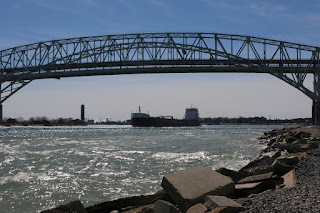 Framed by the Blue Water Bridge. 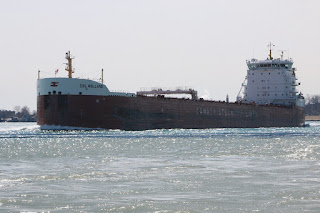 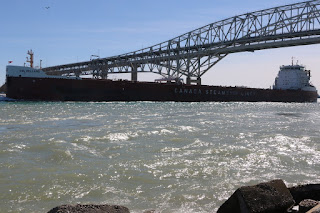 Kind of framed by the Bridge. 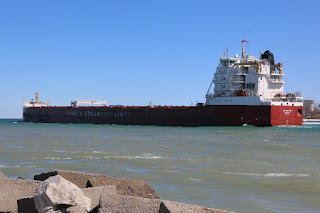 She heads up to Lake Huron.  As I am typing this, she is probably at the Soo Locks and she will be in Thunder Bay tomorrow.
Posted by Mikoyan at 8:06 AM