The Soon to be Algoma Compass at Rest

I found out this week that the Adam E. Cornelius was going to be renamed the Algoma Compass when she is taken over by her new owners.  I actually think that is a pretty cool name. 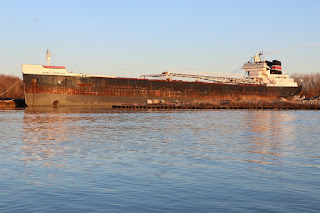 Supposedly she isn't going to be in Huron much longer.  Somebody said she is going to Erie, PA where she will get some work.  And judging by her paint, it looks like she needs it. 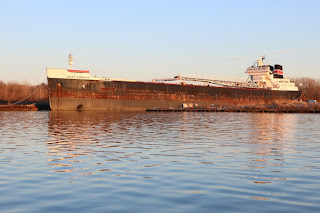 I think she is going to replace either the Algorail or Algoway.  That's kind of a shame as I like both of those ships. 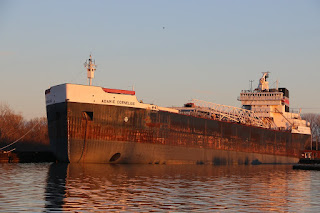 But the Cornelius doesn't look that bad. 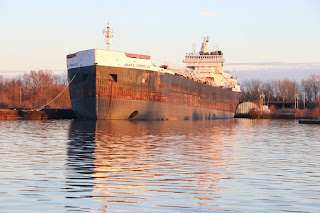 The lighting was almost perfect for me.  It was a beautiful day yesterday. 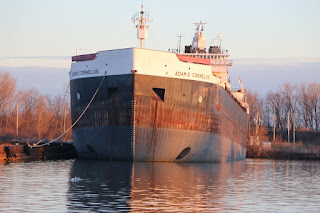 A shot from close to the front. 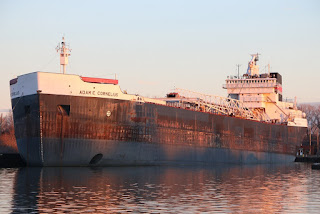 And one more before moving on.
Posted by Mikoyan at 7:11 PM