I was returning home at about the same time as the Wolverine, so I decided to stop at Depot Town before stopping home. 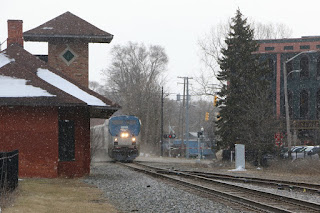 It wasn't too long before the Wolverine appeared.  I almost thought that I just missed it.  There was a little bit of snow flying. 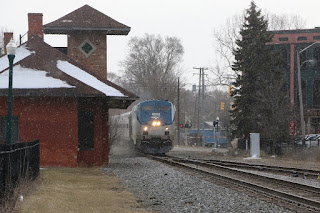 Even though there was snow yesterday, there wasn't enough to stick around. 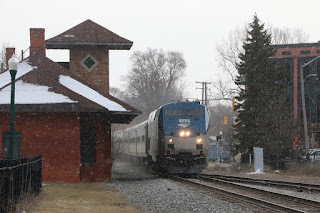 The train passing the depot. 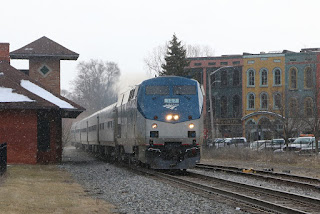 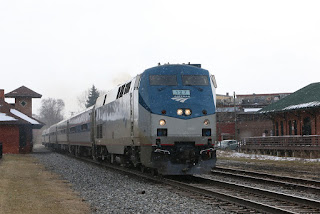 If you look closely at the window, you can see what is hopefully a friendly wave. 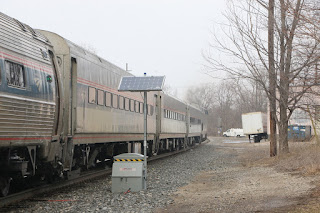