I thought I was going to go barn hunting today.  I thought that I would take a rural enough route to catch some barns.  Sadly I only found one that I could get pictures of.  There were a few other interesting ones but not much of a shoulder to stop on. 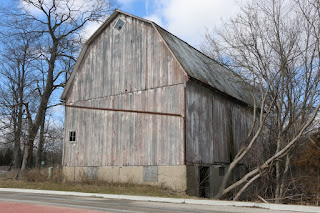 I did find one barn in a spot that allowed me to stop.  I don't remember exactly where it was but it was the corner of Whittaker and something (Merritt, I think).  There was a traffic circle in front of it.  From this angle, it wasn't anything special. 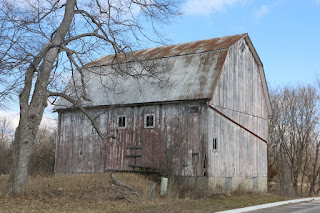 But I liked the view from this angle.   I really liked the tree in front and maybe I'll get more pictures of it. 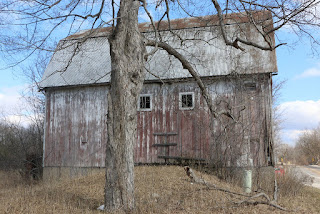 From this angle, it looks almost like it has a face. 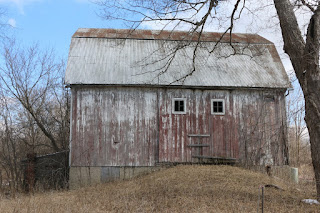 I think I liked this angle the best.  I got some other pictures but this was the only barn I saw.  I might have to try some other roads.