A Snowy Day at the Aviary

I was going to head down to Belle Isle because I thought that I would be able to catch a pair of ships passing.  But it turned out that one of them stopped at the grain elevator in Windsor.  The other one remained at the Belle Isle anchorage.  The icebreaker ended up docking for the night.  As I got to Milliken, I turned around.  But before all that, I saw that there was a 787 coming in, so I stopped at the airport first. 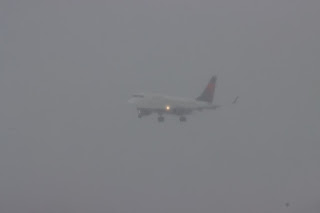 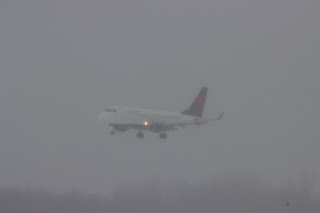 This particular plane belongs to Republic Airways but not the Republic that was bought out by Northwest years ago. 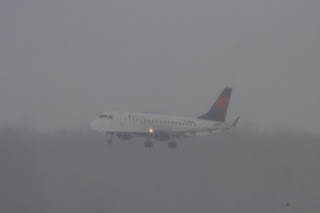 Republic Airways flies for Delta Express but they also fly for some of the other mainlines.  They have planes in the liveries of the other airlines they fly for. 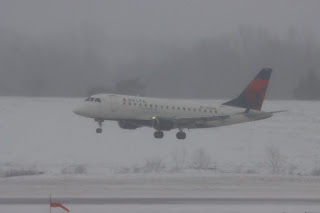 This particular plane was coming in from Columbus. 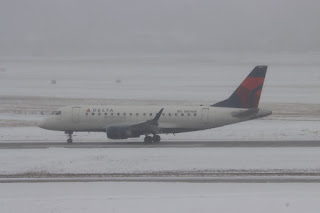 It is a nice looking plane. 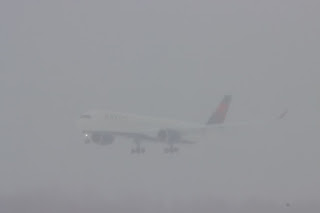 Next up was kind of a surprise but not really if I had been paying attention to FlightRadar. 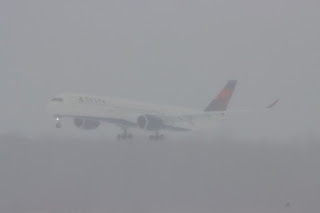 It was an A350 or "Trash Panda" as I call them.  I call them that because it looks like it is wearing a mask. 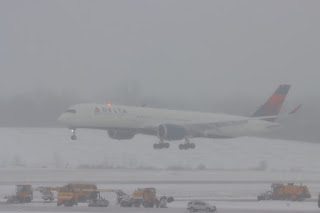 It flies by some of the snow removing equipment that was out.  It was a little snowy as I took these pictures but I kind of like them. 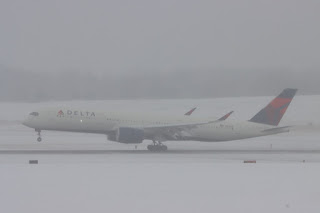 And with a puff of smoke, it touches down. 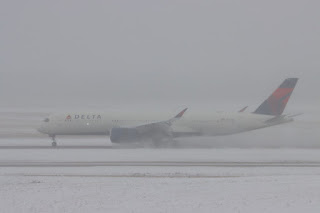 It helped the snow removal as it turned on the thrust reversers. 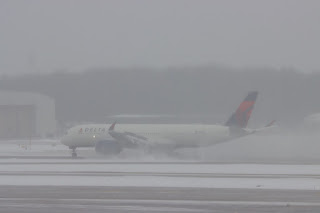 At any rate, this particular plane was coming in from Amsterdam. 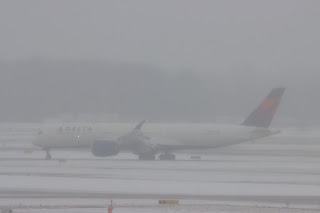 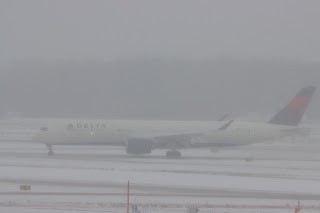 It makes the turn for the gate. 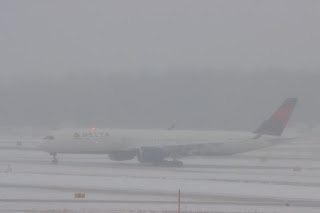 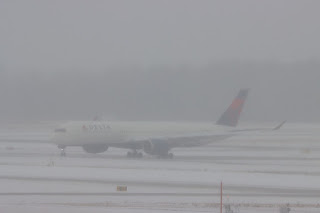 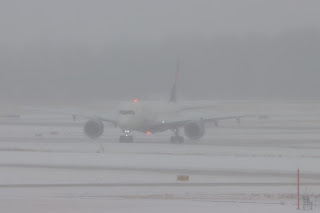 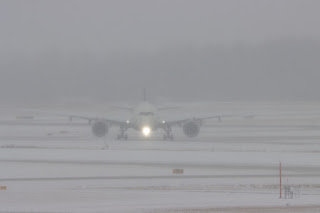 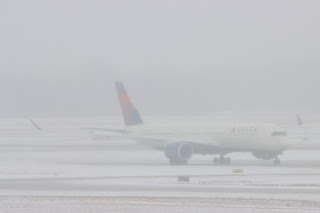 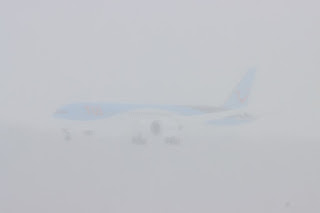 Next up was the 787 I was hoping to catch.  By this time, it was really coming down. 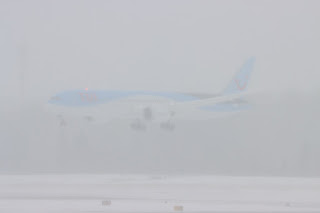 But still not bad for pictures. 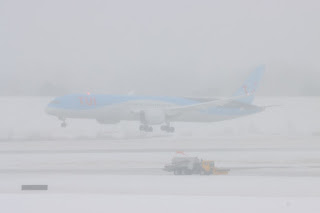 It passes a lone snowplow. 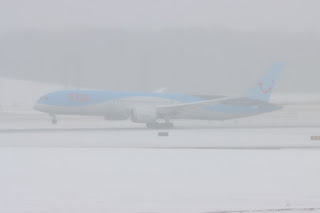 It was coming in from Manchester, England. 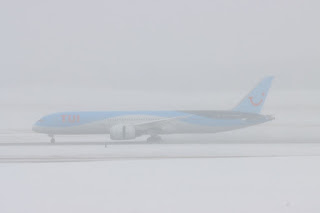 I think they are still carrying car parts. 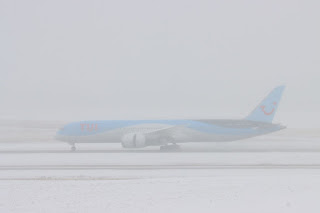 And I think after it is unloaded, it will head to Stuggart.