The Samuel Risley on a Foggy Day

I wasn't sure what I wanted to do.  I was entertaining the idea of going down to Magee Marsh Wildlife Area today.  I haven't been down there since the pandemic lockdowns began.  Since things are sort of opening up again, it might have been a nice drive.  That lasted until I looked at AIS.  I saw that it would be a fairly busy day (at least for this time of the year).  It was also a little hazy outside, so I thought that might make for some good pictures. 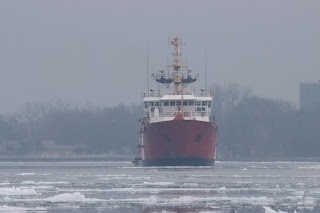 First up is the Samuel Risley.  She was coming down from around Marine City.  She was breaking ice for the ship that was following her. 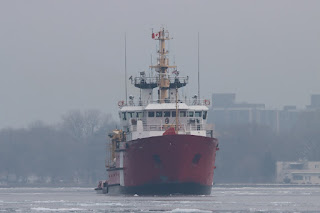 It was a little hazy today but not quite what I thought it would be.  I thought there would be more fog around the water.  In places there were as you can see that the buildings behind her are slightly obscured. 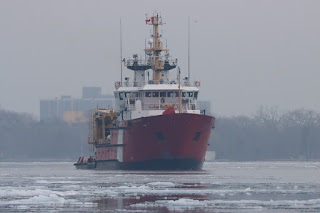 It was kind of calm today and I was thinking about bringing my drone down but I'm not sure about the rules of using a drone around a Coast Guard vessel. 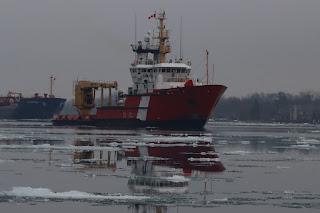 As it was, it was calm enough that I got some nice reflections in the water, so I'm happy I didn't have my drone. 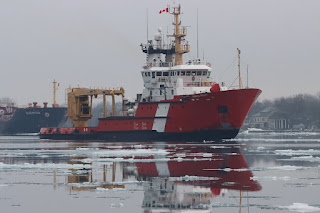 There is something about the reflections in the water when the water is fairly cold.  They seem to come out better.  Sadly the sun wasn't out and that might have been even better. 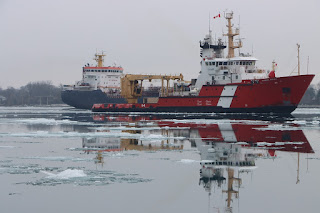 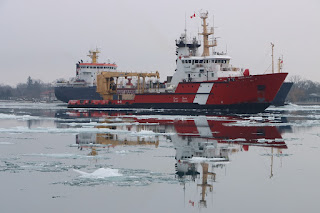 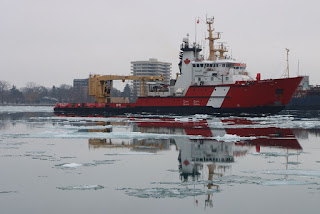 Still, ice breaking is helpful because when ice bunches up in some places, it causes flooding.  But we use our ice breakers to help with that too. 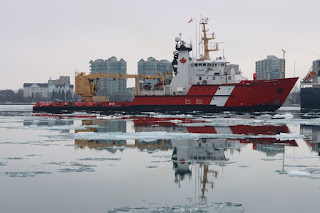 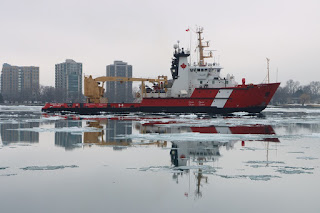 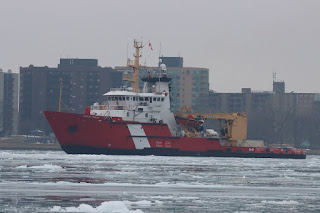 At some point, she started to turn around, I think that was so she could escort the next ship upbound. 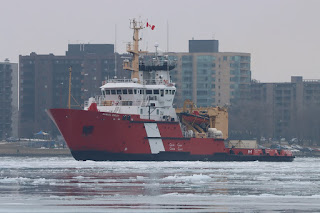 There is still quite a bit of ice but not as much as last weekend. 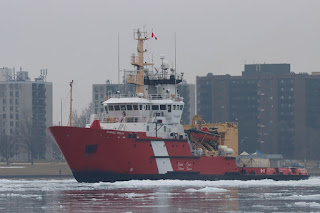 Anyway, she passes by again. 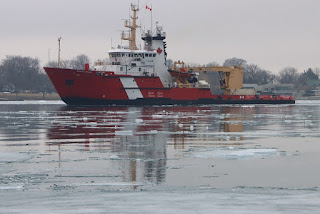 This time the water wasn't as calm so the reflections weren't as good. 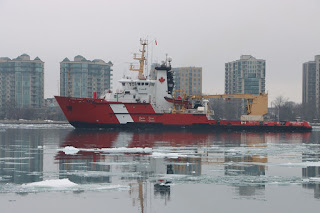