It was a nice sunny day on Sunday but I wasn't sure if I wanted to go out or not because it was pretty cold.  I knew  that I wasn't going to go boatwatching, so I took a look at FlightRadar.  I saw that there was a special livery coming in, so I decided to head over to the airport. 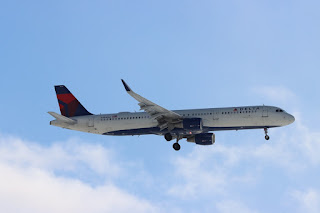 First up was not a special livery.  It was an A321 coming in from Tampa.  I guess folks wanted to get out of there ahead of the Super Bowl silliness. 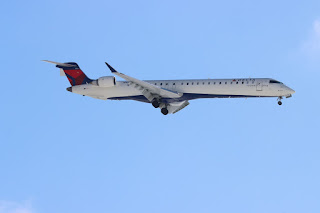 Next up was also not particularly special, a CRJ-900 coming in from Elmira.  Elmira is kind of a neat town in the middle of New York. 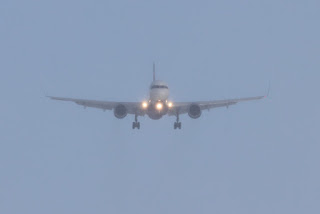 And then there was a plane that I was interested in. 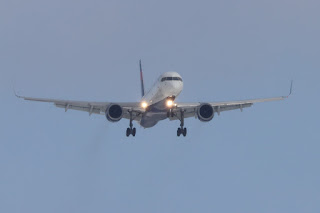 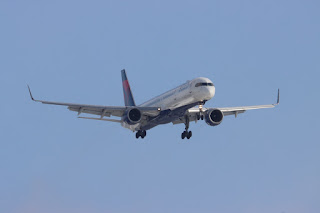 It was coming in from Orlando. 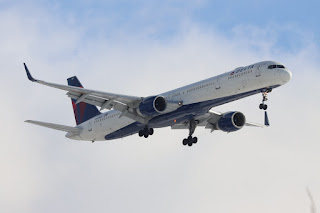 A beacon shot to go with the clouds.  I like shots where I get some clouds. 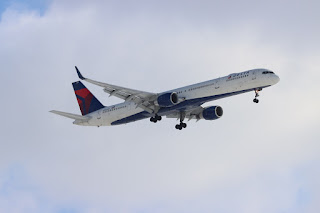 Another angle because I like this plane so much. 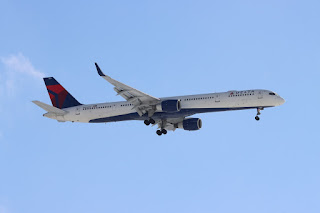 I can't get enough. 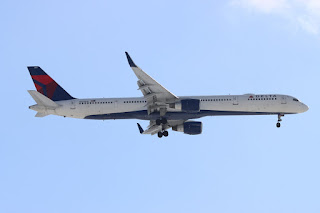 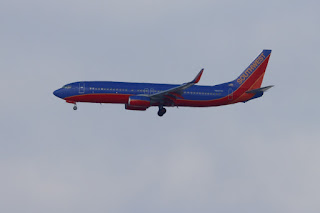 A 737 belonging to Southwest Airlines coming in from Baltimore. 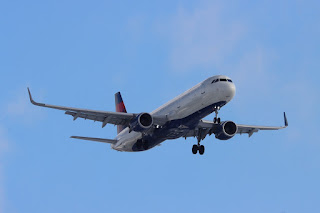 Another A321.  This one came in from Fort Lauderdale. 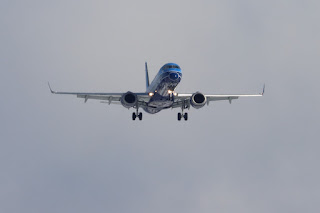 And this is the plane that I was waiting for. 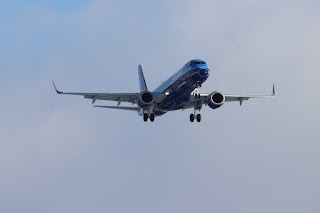 This is a plane belonging to JetBlue. 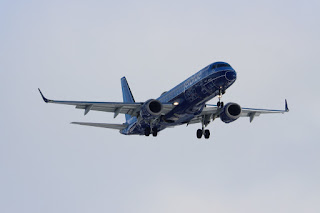 And it looks like a set of blueprints.  Get it?  Haha. 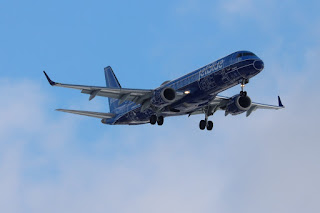 It looks pretty cool against the sort of blue sky. 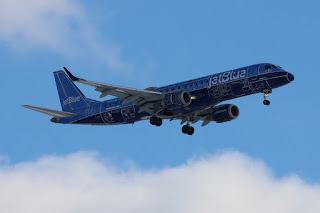 I've never seen this one before but I've seen pictures of it. 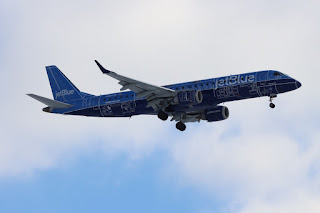 It was coming in from John F. Kennedy Airport in New York. 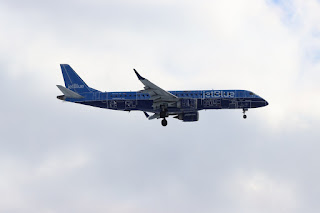 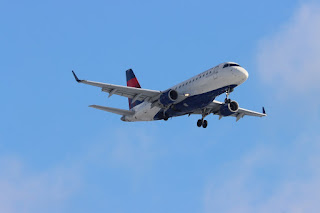 An E170 coming in from Cleveland. 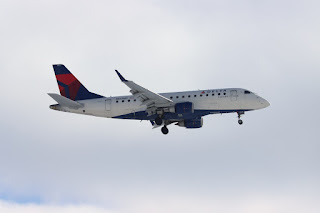 Another angle of that plane. 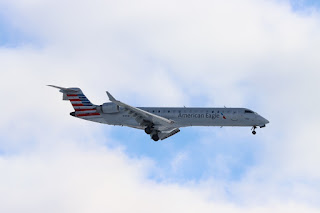 A CRJ-700 belonging to Piedmont Airlines flying for American Express.  This one was coming in from Philadelphia. 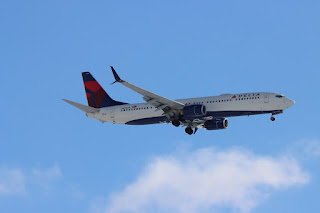