A Couple of the Eagles on Belle Isle

As I said, I went on a quest for eagles.  That ended up being circling the island until I saw one. 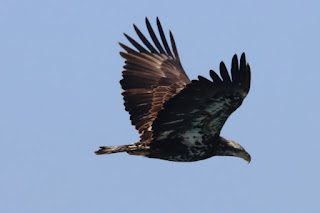 I saw this one sitting up in a tree and he took off shortly after I got there. 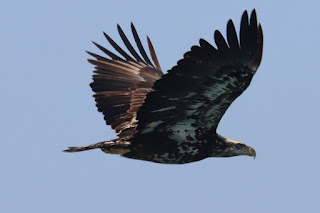 This is an immature eagle. 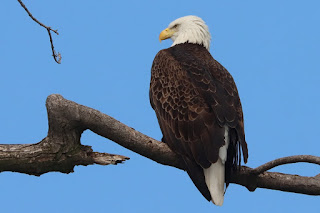 I went back around the island and I saw this guy in his normal spot. 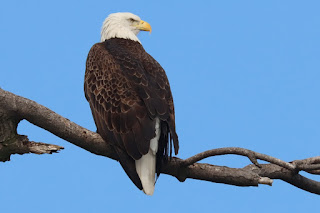 I decided to wait around to get a few pictures. 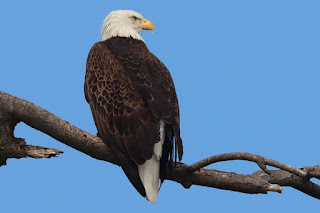 He was moving his head quite a bit, so I was able to get some decent looks. 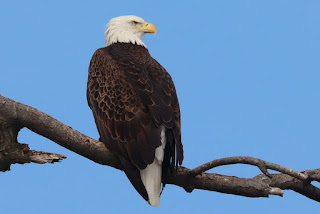 These are cool looking birds. 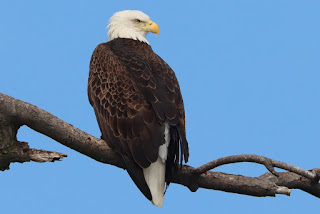 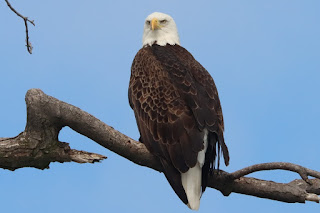 He looked back towards the group of people that were assembled on my side of the river. 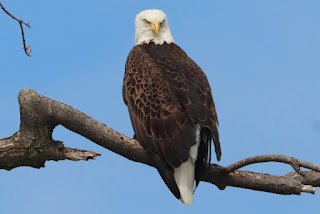 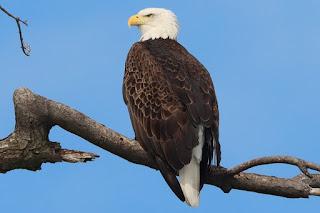 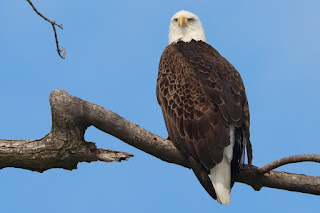 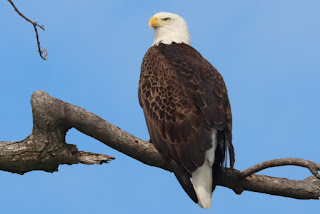 And a nice majestic pose. 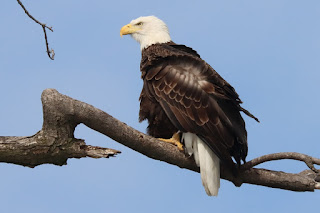 As the sun came out, the wind started to pick up. 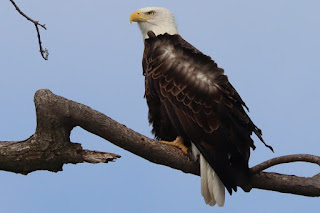 Ruffled his feathers a little bit. 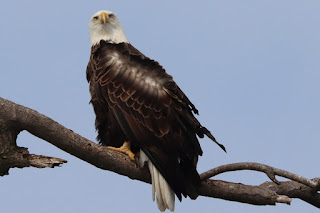 Made for a squatter pose. 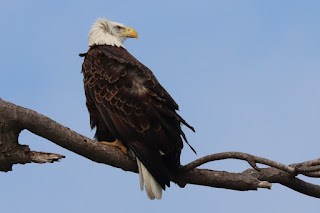 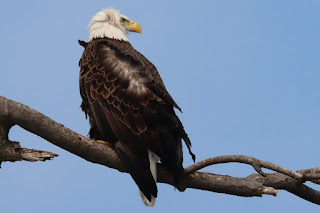 So he was just looking around. 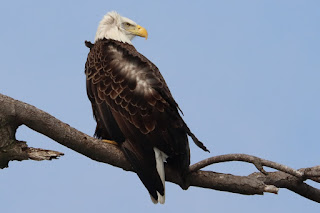 I decided to get a few more pictures because I figured it would be a matter of time before he flew off. 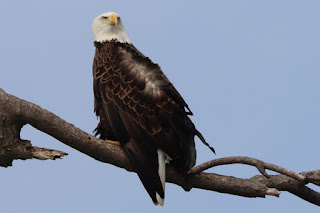 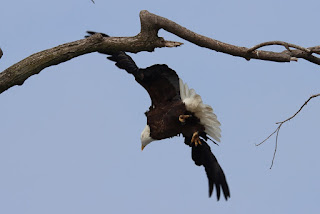 And sure enough, he did.